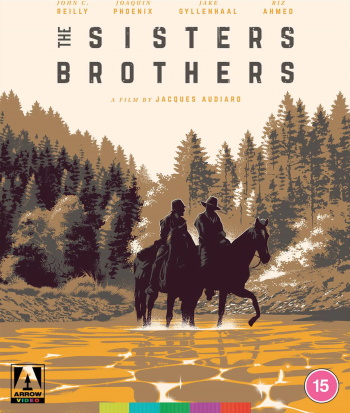 After redefining the prison drama with the multi-award winning A Prophet and earning a Palme D’Or for Dheepan, French visionary director Jacques Audiard turned his eye to the American Western, adapting Patrick DeWitt’s acclaimed novel The Sisters Brothers.

Joaquin Phoenix (We Own the Night) and John C. Reilly (Boogie Nights) star as Charlie and Eli Sisters, a pair of Old West bounty hunters preceded by their reputation for ruthlessness. They’re tasked by their boss, a trade magnate and crime lord known only as The Commodore, with a seemingly simple mission: track down and kill a man by the name of Hermann Kermit Warm (Riz Ahmed, The Sound of Metal), with the help of John Morris (Jake Gyllenhaal, Donnie Darko), a private detective who’s approached Warm under false pretences. As the Sisters Brothers embark on the arduous journey from Oregon to California, their allegiance is questioned and their humanity challenged when they discover their actual target: a secret formula of Warm’s invention, that when poured into a river, can help detect gold.