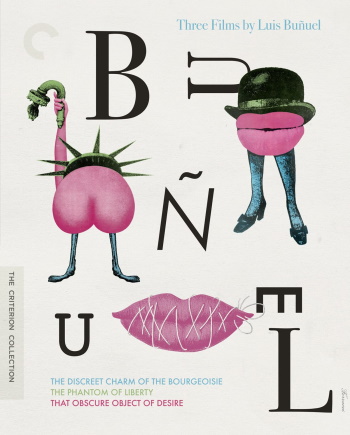 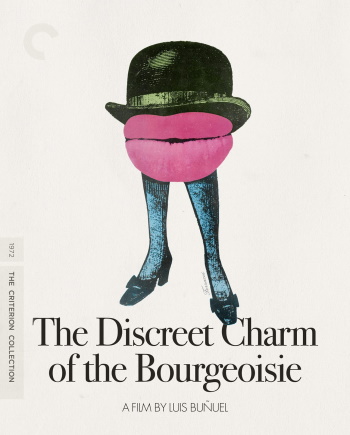 The Discreet Charm of the Bourgeoisie

In Luis Buñuel’s deliciously satiric masterpiece, an upper-class sextet sits down to a dinner that is continually delayed, their attempts to eat thwarted by vaudevillian events both actual and imagined, including terrorist attacks, military maneuvers, and ghostly apparitions. Stringing together a discontinuous, digressive series of absurdist set pieces, Buñuel and his screenwriting partner Jean-Claude Carrière send a cast of European-film greats—including Fernando Rey, Stéphane Audran, Delphine Seyrig, and Jean-Pierre Cassel—through a maze of desire deferred, frustrated, and interrupted. The Oscar-winning pinnacle of Buñuel’s late-career ascent as a feted maestro of the international art house, The Discreet Charm of the Bourgeoisie is also one of his most gleefully radical assaults on the values of the ruling class. 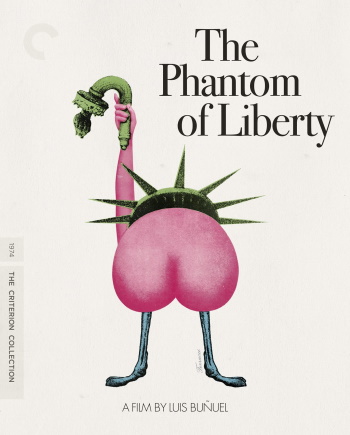 The Phantom of Liberty

Luis Buñuel’s vision of the inherent absurdity of human social rituals reaches its taboo-annihilating extreme in what may be his most morally subversive and formally audacious work. Zigzagging across time and space, from the Napoleonic era to the present day, The Phantom of Liberty unfolds as a picaresque, its main character traveling between tableaux in a series of Dadaist non sequiturs. Unbound by the laws of narrative logic, Buñuel lets his surrealist’s id run riot in an exuberant revolt against bourgeois rationality that seems telegraphed directly from his unconscious to the screen. 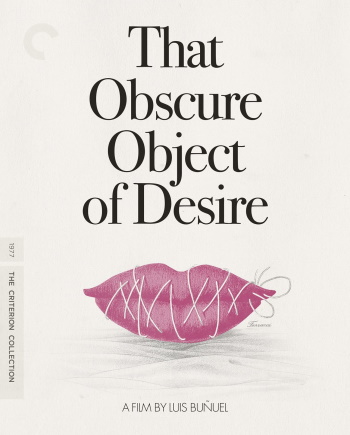 That Obscure Object of Desire

Luis Buñuel’s final film brings full circle the director’s lifelong preoccupation with the darker side of desire. Buñuel regular Fernando Rey plays Mathieu, an urbane widower, tortured by his lust for the elusive Conchita. With subversive flair, Buñuel uses two different actors in the latter role—Carole Bouquet, a sophisticated French beauty, and Ángela Molina, a Spanish coquette. Drawn from the surrealist favorite Pierre Louÿs’s classic erotic novel La femme et le pantin (The Woman and the Puppet, 1898), That Obscure Object of Desire is a dizzying game of sexual politics punctuated by a terror that harks back to Buñuel’s avant-garde beginnings.

That Obscure Object of Desire

The Discreet Charm of the Bourgeoisie

The Phantom of Liberty