To Sleep So as to Dream 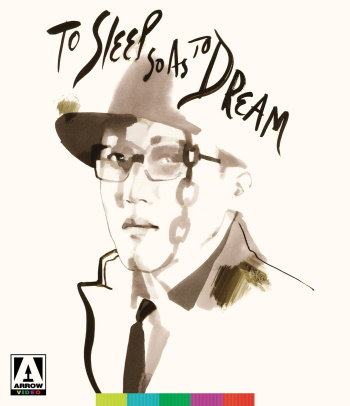 Two private detectives hunt for an actress trapped within the reel of a silent ninja film in the dreamlike debut of Kaizo Hayashi (Circus Boys, Zipang), a magical double-handed cinephilic homage to the movie worlds of the 1910s and 1950s.

When private eye Uotsuka (Shiro Sano, Violent Cop, Shin Godzilla) and his sidekick Kobayashi are approached by an aged former actress, Madame Cherryblossom, to go in search of her kidnapped daughter Bellflower, their investigations lead them to the studios of the mysterious M. Pathe company. Here Uotsuka has a strange vision in which he comes face to face with the beautiful star of a 1915 chanbara film that appears to have no ending. From then on, things begin to get a little strange…

Among the most impressive and critically regarded Japanese films of the 1980s, To Sleep so as To Dream finally makes its home-video debut outside of Japan in a brand new restoration supervised by the director himself. Drifting between illusion and allusion, it is chockfull of references to Japan’s rich cinematic heritage and features cameos from a host of veteran talent and baroque sets created by Takeo Kimura, the Nikkatsu art designer fondly remembered for his flamboyant work with Seijun Suzuki in the 1960s.