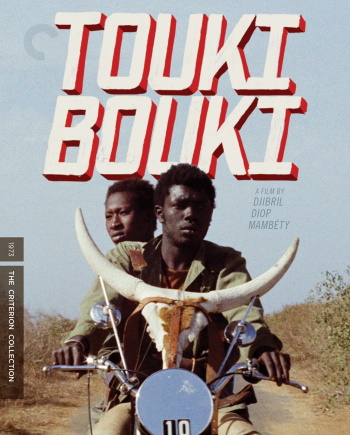 With a stunning mix of the surreal and the naturalistic, Djibril Diop Mambéty paints a fractured portrait of the disenchantment of postindependence Senegal in the early 1970s. In this picaresque fantasy-drama, the disaffected young lovers Anta and Mory, fed up with Dakar, long to escape to the glamour and comforts they imagine France has to offer, but their plan is confounded by obstacles both practical and mystical. Alternately manic and meditative, Touki bouki has an avant-garde sensibility characterized by vivid imagery, bleak humor, unconventional editing, and jagged soundscapes, and it demonstrates Mambéty’s commitment to telling African stories in new ways.