You wouldn’t think a film directed by Larry Cohen and starring Michael Moriarty and Sam Fuller (!) as vampire hunters would be not only not fantastic, but in fact the absolute worst thing any of the three were ever involved in, but that is sadly the case.
Top

Special features for The Dead Zone:

When you have that many commentary tracks you may as well toss in a random Carrot Top one like Rules of Attraction.
Top

That's extraordinary; does anyone know how something like this ends up happening? Doesn't each one cost the distributor rather a lot in terms of commissioning, production, etc., and how much do they really gain from having four as opposed to one or two? I speak here as someone who appreciates a good audio commentary (for instance, I bought the BFI Celine and Julie Blu-ray primarily to hear Adrian Martin's) but rarely gets around to listening to even one in its entirety. Are even diehard fans really likely to cue all of these up?
Top

I assume most commentaries are now done on the cheap, recorded by the commentator at home.
Top

This is partly why physical media is a nice investment- there are some titles where I always intend to listen to the commentaries and then default to the film itself, but having them there is valuable stock. Recently I’ve been trying to watch a film with commentary and then again with said context on the weekends, and it’s been incredibly rewarding. I doubt I’ll run through many of the bountiful Indicator box set supplements until later in life, but I’m grateful to have them on reserve without an expiration date.
Top

Roger Ryan wrote: ↑
Thu Jul 30, 2020 8:32 am
I think part of the joke of the original DVD release of Adaptation was its lack of supplemental material. The first printing contained a memo featuring the Columbia Tristar Home Entertainment letterhead tucked under the DVD case clips:

from the desk of...
Robert Stephenson

Clair... Please use a DVD case without these clips. We don't have anything to clip in. Can you find out about pricing and a time frame for this? Thanks, Bob.

The disc itself also had a short announcement alerting viewers to a soon-to-be-released "deluxe edition" of the DVD promising extensive behind-the-scenes material. Needless to say, no "deluxe edition" was ever issued.

It appears that the Shout! release continues the "gag".

Picture-wise, is this the same transfer as the old BD?
Top

A listing for a UHD release of Halloween has appeared with a release date for September 28:

Hopefully this will have the orignal mono.
Top

So, it also appears that Scream is doing Halloween II, Halloween III, and Halloween 4 on UHD. I guess this means Anchor Bay/Lionsgate's rights to Halloween, Halloween 4, and, I assume, Halloween 5 have expired and Shout/Scream acquired them.
Top

The good Alone in the Dark I hope
Top

In a recent interview with Don May Jr., it was also strongly suggested that Scream are working on an A Nightmare on Elm Street box set.
Top

Nice! The film is a slick and amusing 80s sick joke, but its conservatism is pretty entertaining as expressed, especially the ending. I actually picked it as one of my five 80s slashers to discuss for the Film Club on the forum when I was asked to curate a roster
Top

Adam X wrote: ↑
Fri Jul 02, 2021 12:26 pm
In a recent interview with Don May Jr., it was also strongly suggested that Scream are working on an A Nightmare on Elm Street box set.

Yes! I just stopped myself from grabbing a deal on the New Line release the other week because I figured Scream might do something like this if I did.
Top

Adam X wrote: ↑
Fri Jul 02, 2021 12:26 pm
In a recent interview with Don May Jr., it was also strongly suggested that Scream are working on an A Nightmare on Elm Street box set.

any hints they’ll be UHDs, or Blu rays coming from new restorations?
Top

Nothing was really said beyond what I posted.
Assuming it turns out to be true, I’ll be happy if they simply manage to restore the cuts to parts 1 & 5.
Top

Looks like Scream Factory fucked up the subtitles for Brotherhood of the Wolf.
Top

That’s hilarious— did they not think to actually look at the subtitles they commissioned before slapping them on a disc?
Top

Hey, I thought I did a pretty good job for someone that doesn't speak a lick of French
Top 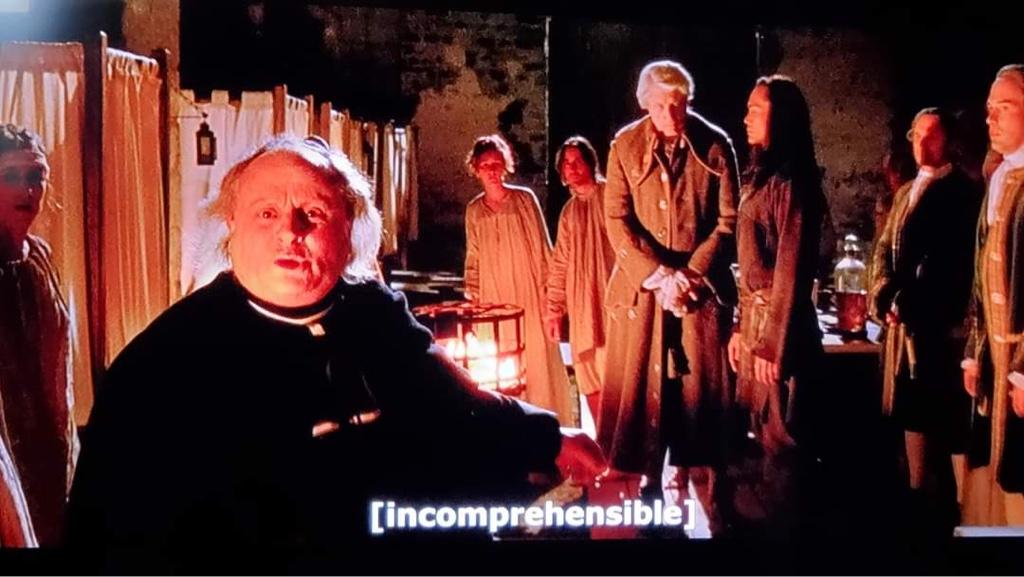