Here's the hint for the Video announcement: 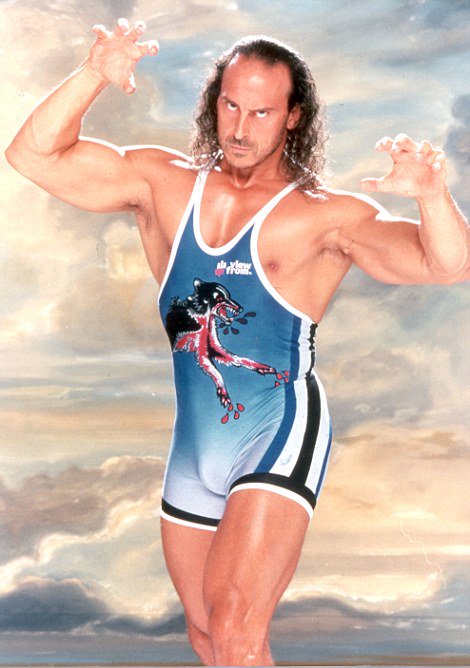 And the Academy announcement:

Fran Simeoni tweeted about the new resto of Tree of Wooden Clogs and it's a past Arrow release so that seems fairly likely.

For the Academy tease, I was thinking it could be either a desert-set film (The Night of Counting the Years/The Mummy, The Desert of the Tartars, Simon of the Desert), a dustbowl/Great Depression-set film (Bound for Glory, Thieves Like Us, Boxcar Bertha), or possibly another Western (obviously too many to mention, but something similar to The Hired Hand would be nice).

Though I'd also be happy with The Tree of Wooden Clogs, I assumed Fran Simeoni's Tweet was in reference to the Criterion release next month. However, like you said they did release it on DVD before so could also be upgrading it (if Criterion didn't manage to get the UK rights as well).

No idea what the Arrow Video tease is meant to mean either, but that's Wolf from the show Gladiators, so there are two starting points already. The Howling would obviously be huge news, but they've had trouble getting it for years now. I'd be even happier if it's An American Werewolf in London - in fact, I'm surprised Universal haven't yet ported the new restored disc to the UK yet. Arrow had a Universal deal quite recently in fact, so it might not be impossible (especially since they didn't bother adding any extras).
Top

Doing a reverse image search on the Academy image reveals it's a stock photo tagged, amongst other things, "tree," so I have a feeling it was found by going to a stock image site and plugging in that word from the title. Could be wrong, though.
Top

The clue for Pieces last time was a stock photo for a puzzle piece.
Top

I'd be excited if it was the 1981 film Wolfen. That would really benefit from a good quality widescreen Blu-ray and maybe add some extras in comparison to the bare-bones Warner Archive Blu-ray in the US.
Last edited by colinr0380 on Thu Jan 12, 2017 2:32 pm, edited 1 time in total.
Top

The Warner logo might provide a bit of a clue as to how unlikely this is...
Top

Cinema Arcana wrote:Some exciting news from Arrow Video -- they're performing a full-blown 4K restoration of George A. Romero's underrated and underseen SEASON OF THE WITCH (1972)! Alternately known as both JACK'S WIFE and HUNGRY WIVES, the film follows a middle-aged suburban housewife, overcome with boredom and unhappiness, who turns to a local woman rumored to practice witchcraft as a hopeful cure for her endless malaise.

In an interview for an upcoming issue of the British publication Home Cinema Choice, James White, Arrow's Head of Technical and Restoration Services, confirms the acquisition, adding, "We'd almost given up hope on finding a decent element, but just recently one of our collaborators in the States located the original 16mm negative, almost as a fluke. So I'm very pleased about that as it's a film in Romero's canon that's never enjoyed a decent presentation on video before."

And he's not kidding, as anyone who suffered through the old Vista VHS and Anchor Bay DVD can attest. For years the original negative was assumed lost forever, so its rediscovery is a serious cause for celebration amongst the Pittsburgh director's more fervent followers. Dare we hope for the full 130-minute original cut? Expect more details in 2017!

Yes, this was mentioned on Blu-ray.com forums some months ago. I wonder if they may do small Romero box set, as they still haven't formally announced The Crazies despite it being on one of their teaser postcards.
Top

At the risk of being hypocritical (the upcoming Japanese release is both region-free and has English subs), I'd love to see an Arrow Academy collection of Yuri Norstein's works. I'm sure Arrow could put together a stunning book / selection of extras to accompany them, and a UK/US release could only help Norstein get some funds to finish The Overcoat! I suggested it to Fran Simeoni and he said "we shall see!" which is more positive than some responses I've had from him before, so here's hoping.
Top

It's weird to have literally no new Academy titles in a month - last time this happened we got the Yoshida set announced, though, so maybe things will be all right in the end (though it's weirdly underwhelming to have had Fran Simeoni and the like building up how Academy really comes into its own this year on Twitter only for it to just be some rereleases in the short term)
Top

In some respect, it might just be a planning considering.

February has the third Woody Allen set (which is nice to get but really only is HD upgrades based on old MGM HD masters), and April is fully US-port and individual releases from a boxset, but March has 4 new titles (amongst which all 3 catalog titles will be from new restorations) !

So it's weird to concentrate so many newer releases on 1 month around which the other months are much lighter. I would have supposed it would have been better to spread these newer more appealling release over at least 2 months but there might be some organisational reasons for this.

In any case, the current release calendar is a bit weird.
Top

I guess they might just be rushing these rereleases out so it's not such a big focus (as I think we're now only due Three Films by Jacques Rivette) but considering many Academy sets have been announced *not* in the regular announcements frame (usually so they can get it out as soon as possible, I think) there could always be more (unless the mechanics of US distribution mean that kind of rushed release will be off the table from now on).
Top

The Thing is coming later this year.
Top

Had a feeling. So glad I held off on the Shout.
Top

Surely this bodes well for a release of Carrie.
Top

Hopefully, but The Thing is Universal and Carrie is Fox/MGM, so who knows?

The latter should rightly be impressed with their treatment of To Live and Die in L.A. and Bring Me the Head of Alfredo Garcia, and seeing as they're allowing Arrow to release Donnie Darko in the US as well, perhaps they'd also consider letting them have Carrie for UK release?

I was hoping Arrow might get Manhunter too, but StudioCanal probably still have it. Maybe one day...it's one of Mann's very best.
Top

I feel like Arrow's previous releases of De Palma titles increases the chance they release Carrie. They've done superb work for his films and are clearly one of the most revered horror movie labels in the world. Carrie will sell big with them.
Top

No newsletter in my inbox...weird.

Anyway, happy to see The Human Condition isn't sold out yet. I plan on getting that soon, since there isn't a huge amount I plan on getting in March/April/May (probably just BFI's Brocka set, maybe Ludwig). I'd like to get Taviani too, and gutted I missed it for £25-ish recently.

Already have Alfredo Garcia and Nikkatsu Diamond Guys Vol. 1 (need to get Vol. 2), and Raising Cain is about to dispatch, so I'm all sorted for those.

I thought for a second The Human Condition was a typo and was supposed to say "55% Sold Out!", judging by the graphic, but then I noticed Nikkatsu Diamond Guys Vol 2 (25% left) and Pieces (30% left) are the same length, and the graphic for Female Prisoner Scorpion (20% left) is less than half the length of Alfredo Garcia (30% left).

I think ignore the graphic, and look at the percentages instead.
Top

OK, but let's say the print runs are (no idea how accurate this might be) 2,000 for HGL, 1,500 for House, and 2,500 for The Human Condition. The percentages above suggest there would be about this many copies left of each:

Which would more or less correspond to the length of each line in the graph.
Top

But all of them were 3,000 (Phantasm the only recent exception, as far as I can remember). I think it's just a weird mixup involving updating the last newsletter's image that meant some lines weren't changed rightly. They're just an estimate. Weird there's still no Dekalog set mentioned, though.
Top