Is this a Gidget reboot?!
Top

Hah, that's really cool. Could be a correlation. Korine has previously referred to The Beach Bum as "closer to a cross between a Cheech and Chong movie and that movie Scarecrow."
Top

Coming to theaters in 2018 from Vice

Well, Neon. Considering their whole thing is just an Alamo Releasing re-brand to be more like A24, it seems kind of cheap of them to make a big purchase to get the next movie from Korine, when his last was one of the ones to put A24 on the map.
Top

So what association, if any, do they have with Vice? I only consume media from the Vice family of products, after all
Top

No idea, really; it looks like Vice was also a production partner on Neon's Bad Batch which is out this week, so they might just be developing that relationship further.
Top

A film by Harmony Korine and produced by Vice and Drafthouse's Tim League sounds like a film scientifically designed for me to hate.
Top

Principal photography is supposed to begin next month. Korine's attempts to get The Trap off the ground fell through a couple of times so hopefully this one gets made.
Top

Now in production. Benoit Debie is reportedly Korine's DP again and along with McConaughey it's also starring Isla Fisher and Snoop Dogg.

First pics of McConaughey and Fisher in character here and here.
Top

Think they'll cut that "Venum" tag off the board shorts, or will they be returned for a refund after filming?
Top

Sounds really bad! Like someone cracked open a giant egg full of early-'00s internet humor and adapted a screenplay based on the viscera on the floor
Top

Fantastic news---that's literally six years to the day of Spring Breakers release! It could have the same box office appeal too. This was definitely one of the major films missing from the TIFF/Venice lineup. It still might debut, but Barbera not slotting in Venice because of it not having an Italian distributor always seemed like a convenient out for Barbera, who naturally only had effusive praise for the film at the press conference.

While it was never an Oscar contender, it nonetheless is good news that we have confirmation that a would-be fall festival film is debuting in the Spring---I definitely remember otherwise Spring Midwest theatre players like Paterson and Julieta having to get bumped in December/January/February to accommodate Lion, Manchester by the Sea, Jackie, the re-release of Moonlight, et al.
Top 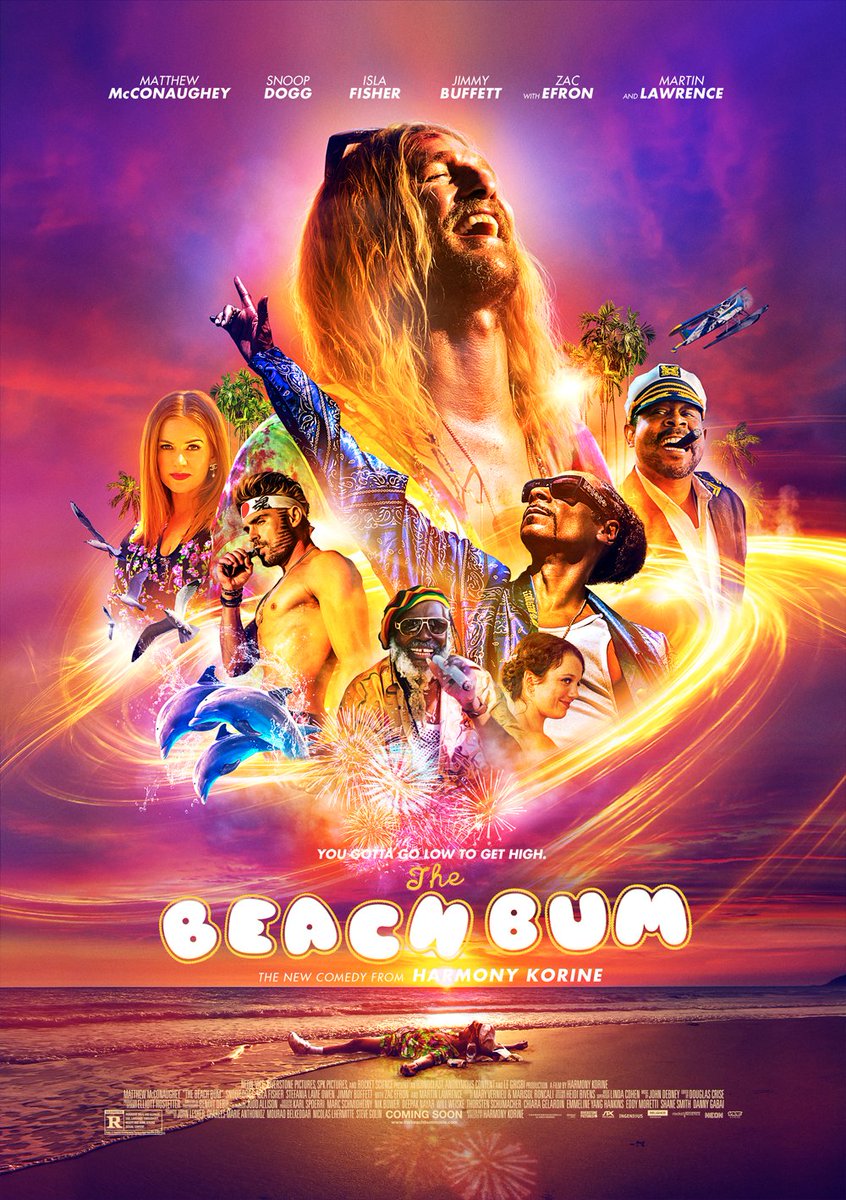 Not sure why my mind isn't being more charitable to this obviously fantastic poster, but it just feels like the beginning of the end of weed being remotely counter-cultural. Or maybe we've already gotten there. Either way, it's Something Else
Top

I don't think it's supposed to be counterculture at all. Besides Korine's name everything about the poster, less so the trailer, is focused on it being a fun, weird movies with a bankable set of stars.
Top

That's exactly what I meant.
Top