Discuss DVDs and Blu-rays released from Arrow and the films on them.
Forum rules
Post Reply
7 posts • Page 1 of 1
Message
Author 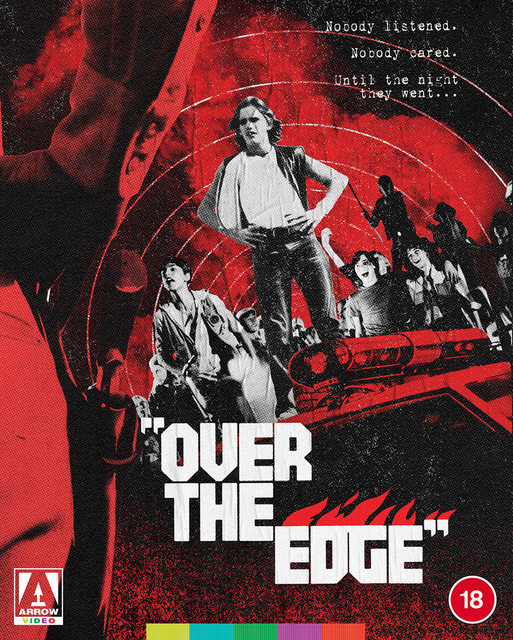 "I ONLY GOT ONE LAW: A KID WHO TELLS ON ANOTHER KID IS A DEAD KID."

Inspired by real-life incidents, Over The Edge is an incendiary ode to teen rebellion that quickly became a Gen X/punk-rock touchstone, and a key influence on filmmakers such as Richard Linklater and musicians like Kurt Cobain (who often cited it as his favourite film).

New Granada is a brand new ‘planned community’, miles from the noise and crime of the big city and a perfect place to raise a family. The only problem is they forgot to build anything for the kids to do. Bored out of their minds and stuck in the middle of nowhere, the teens in the town, led by Carl (Michael Kramer) and Richie (an effortlessly charismatic Matt Dillon in his first film role), do pretty much anything to fill the time, quickly escalating from drugs and sex to petty crime. A rash action by an overzealous local police officer (Harry Northup, Taxi Driver) sets in motion a face-off between the frustrated kids and their clueless parents that will lead to explosive, destructive consequences...

God, this is a fantastic-looking release. So glad they were able to return the wonderful original commentary with Kaplan, the two screenwriters, and the producer.
Jonathan Kaplan is such an underrated director, and I hope this signals more of his films coming to HD.
Top

This is WB in the states, who has it in the UK?
Top

I think whoever controls MGM titles, so it's probably a Network like situation

Edit: And never mind, as it's explained in the above post
Top

George Litto, the film's producer, put up the lion's share of the film's budget and kept rights outside North America as a result.
Top