Discuss DVDs and Blu-rays released by Criterion and the films on them. If it's got a spine number, it's in here. Threads may contain spoilers.
Post Reply
22 posts • Page 1 of 1
Message
Author 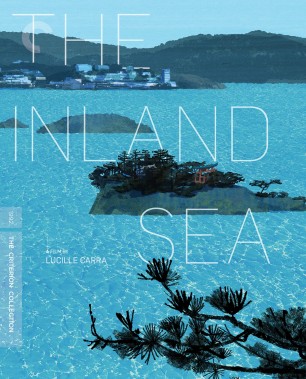 In 1971, author and film scholar Donald Richie published a poetic travelogue about his explorations of the islands of Japan's Inland Sea, recording his search for traces of a traditional way of life as well as his own journey of self-discovery. Twenty years later, filmmaker Lucille Carra undertook a parallel trip inspired by Richie's by-then-classic book, capturing images of hushed beauty and meeting people who still carried on the fading customs that Richie had observed. Interspersed with surprising detours—a visit to a Frank Sinatra–loving monk, a leper colony, an ersatz temple of plywood and plaster—and woven together by Richie's narration as well as a score by celebrated composer Toru Takemitsu, The Inland Sea is an eye-opening voyage and a profound meditation on what it means to be a foreigner.

Wow, this is a real curveball - not a single review on Letterboxd.
Top

I saw it on original release. It's a lovely film, kind of a dreamy memoir / travelogue, but I never expected to ever see it again, and certainly not as a Criterion release. I love it when they surprise us.
Top

Was just going to write that. And not many extras to pass it out. At least Night and Fog is a canonical masterpiece and Black Girl had a 20 minute short. Seeing how barely anyone ever heard of this, it needed to kill in the extras department. seems like a rent for me
Top

On a per minute basis, it is still cheaper than A Day in the Country.
I am very glad I’ll get a chance to watch this.
Top

Richie also made a number of short avant-garde films. Maybe some of those will get included. I think this was pretty well known back when it was released -- but it has fallen out of circulation over the last 15 years or so.
Top

Michael Kerpan wrote: ↑
Wed May 15, 2019 7:19 pm
Richie also made a number of short avant-garde films. Maybe some of those will get included.

That would be a very welcome addition
Top

Not to toot our own horns, but Criterion did not actually make a total left-field surprise announcement here. Back when we were still monitoring the mystery phantom pages regularly, there was a listing for Lucille Carra and in my post from Fri Jan 23, 2015 I mentioned that her own website made reference to Inland Sea having a "new" home and ongoing restoration. At the time I know I was not the only one disappointed that Inland Sea was not included with Shindo's Naked Island and there were several others speculating that her film ought to have been paired with Naked Island. At least that speculation finally came to fruition.
Top

I saw this on VHS while in college, and I may have the book-as it was printed out for our class too.

Despite all my world travels, Japan is the one place where I’m excited to compare notes with those who have been too. Looking forward to this...
Top

Since there doesn't seem to be much written about this, I dug out the comments I jotted down after watching it 27 (!) years ago:

"A wonderfully soothing travelogue, which sidesteps the expected criticisms of such a venture through Donald Richie's erudite commentary and its frank presentation of itself not as "the truth" or an approximation of such, but as a traveller's observations / recollections. It's also a kind of salvage job - a last-ditch attempt to preserve a vanishing side of Japan. The glorious cinematography greatly aids this aspect of the endeavour. The free-form structure of the film also allows for some delightful diversions: lightly handled observations which benefit from their casual, cursory presentation. The beautiful, bizarre leper colony was especially evocative, an almost Swiftian digression. The sparse interviews were also very well handled, exposing the eccentricity and individuality of a nationality usually standardised in Western minds: the Frank Sinatra / Doris Day devotee who just happens to be a priest; the ancient paper delivery woman. Richie also provokes some interesting future debates: the elevation of kitsch to art; the factors moulding a 'national character'; the role of Japanese women. The refusal to dwell on any of these questions - they are presented as ruminations or observations - helps to keep the film on its own dreamy course."

No idea whether I'll feel the same way all these years later, but I look forward to finding out.
Top

Great! Sometimes all it takes is for Domino to post an observation (AKA a complaint) here and sure enough Criterion paid attention.
Top

Since this is likely to be one of those Criterion titles that gets completely ignored as soon as it's released, I feel duty bound to comment on my rewatch.

The film has aged very well. It's charming and intriguing, and beautifully shot. Kind of like a Chris Marker film, but with a non-fictional narrator. It's a film I never expected to ever see again, let alone with such a nice BluRay presentation.

The three extras are all really good. The 1991 Richie interview is actually a short promo film for the feature from the original release, and provides some good additional context.

The Buruma / Schrader featurette about Richie himself is a lot of fun. They were both Richie disciples in their own way and knew him well, so it's a good-natured conversation and it benefits visually and rhythmically from their sharply contrasting demeanours.

The interview with the director Lucille Carra is really excellent. She has a lot of detailed and insightful recollections, is gracious and generous about her collaborators, and gives a superb picture of the production background and creative process. One of the best filmmaker interviews I've seen from Criterion in quite a while.

A great little package that shows that extras don't need to be exhaustive to be satisfying.
Top

I thought this was fine, in a three stars, never need to see it again sort of way. Nice laid back pacing throughout, but the peeks we got via the vignette structure weren't super compelling and didn't end up adding up to much for me. Those with a stronger interest in Japan's (then-) modern cultural transformation may get more out of it

Well, you asked for it, so here's the only negative review:

Having read through the remainder of this person’s reviews (because I am a masochist), I can safely say they have a tiny problem with men.
Top

I did the same and I’m not sure that the reviewer hates men per se – I get more of a sense, seeing negative review after negative review, that they’re just too woke for cinema.
Top

is it really not apparent from the film that Richie was gay? I'm actually not sure, as it was such common knowledge that I always understood his "sexual tourism" comment in that light, and it was hardly uncommon at the time of Richie's writing for gay men to leave the US / UK / more oppressive Anglo-Saxon countries in order to explore their sexuality more openly.
Top

He was bisexual, for whatever it's worth:


Openly bisexual, Mr. Richie also wrote frankly about his lovers, both male and female, saying Japan’s greater tolerance of homosexuality in the 1940s, relative to that in the United States, was one reason he returned to the country after graduating from Columbia University in 1953.

domino harvey wrote: ↑
Wed Oct 09, 2019 11:35 pm
Nice laid back pacing throughout, but the peeks we got via the vignette structure weren't super compelling and didn't end up adding up to much for me. Those with a stronger interest in Japan's (then-) modern cultural transformation may get more out of it

I thought it a wonderful little film, but strangely I actually found the pacing too fast, especially in the earlier sequences, and the film in general far too short. With landscapes as beautiful as these, and the almost anthropological interest the film now has as a document of a vanishing way of life, I would have wished for far more extended shots or fewer cuts, a chance to really take in those images and the doings of the people, especially because many of them do quite unexpected things (like the Sinatra-loving monk, who I would have liked to learn more about). In other words, I'd have wished for the full 8-hour Ottinger treatment ...

But what we get from Carra is still a remarkable film, and certainly one of the best surprises from Criterion in a long time.
Top

I absolutely loved this. It's quiet and pleasant in a way that I could see myself playing it as background for a party or when doing chores. There's a fair bit more of depth to the film then that, but I think that's the level I primarily enjoyed this by. I also couldn't get two artists out of head the whole time. I feel like this is a cheat sheet for Imamura as a lot of Ritchie's comments put into perspective Imamura's use of geography to inform society particularly with Profound Desire of the Gods, Vengeance is Mine, and Warm Water Under a Red Bridge. The talk about a Japan which avoided the effects of despotism especially seems to fit with Imamura's idea of an alternative Japan.

The other artist this called to mind was Mishima for the reasons talked about above, but also in part because of how it presents a different view of Japaneseness as a way to experience homosexuality. When fused to a sort of primitivism it was largely punishing for Mishima and probably helped to spur his machismo, but Ritchie through Imamura treats it as a release.
Top
Post Reply
22 posts • Page 1 of 1