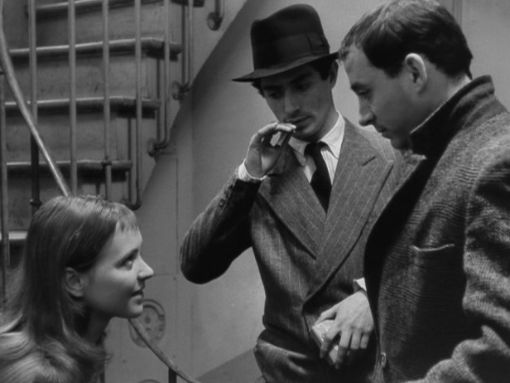 Two restless young men (Sami Frey and Claude Brasseur) enlist the object of their desire (Anna Karina) to help them commit a robbery--in her own home. French New Wave pioneer Jean-Luc Godard takes to the streets of Paris to re-imagine the gangster genre, spinning an audacious yarn that's at once sentimental and insouciant, romantic and melancholy. The Criterion Collection is proud to present the convention-flauting postmodern classic Band of Outsiders (Bande Ã part).

Criterion releases Jean-Luc Godard’s Band of Outsiders on DVD in its original aspect ratio of 1.33:1 on this dual-layer disc.

Now about ten years old the presentation on this DVD still looks strong. The digital transfer itself is sharp, delivering as much detail as it can with some limitations from the source. The film was shot in a very free manner and this leads to jumping and out-of-focus shots. Still, the transfer is stable, and compression is kept to a minimum, with the film’s grain even coming through almost naturally. Contrast may be boosted a bit but that’s probably the transfer’s biggest sin and it’s not a grievous one.

The source is a bit rough around the edges but is generally clean. Marks and debris show up throughout, and tram lines drop in and out, but none of this is particularly distracting, and the damage never gets unbearably heavy at any one moment. The image does judder a bit and there is some pulsating in places, but it’s been cleaned up rather well.

The new Blu-ray from Criterion offers a cleaner presentation for sure, but for those whose only option is the DVD it’s still a nice digital presentation that looks quite good. 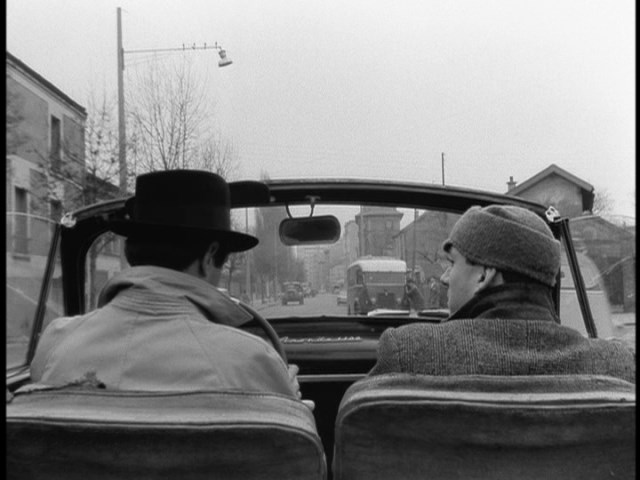 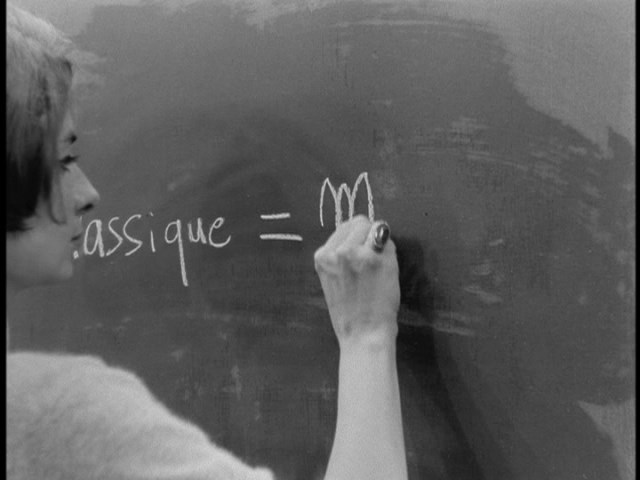 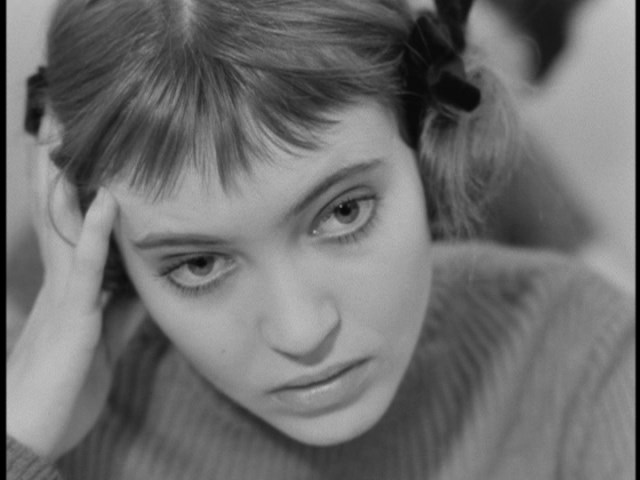 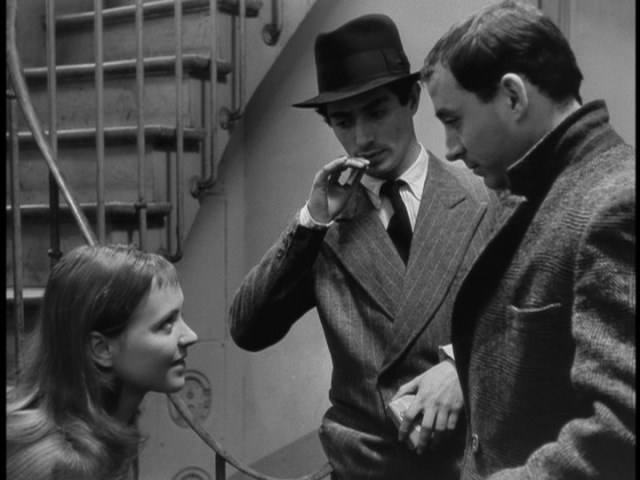 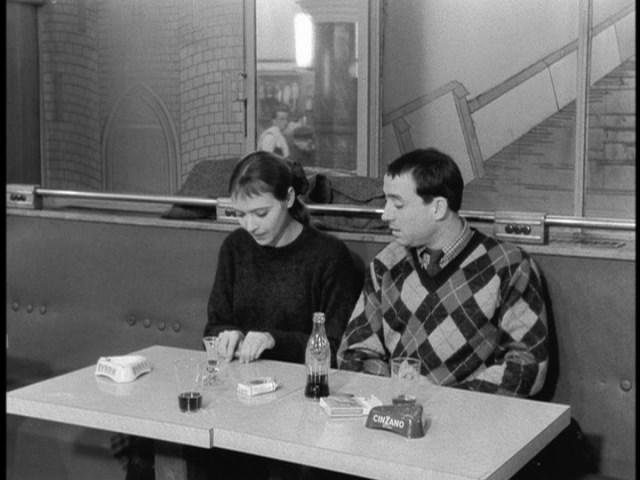 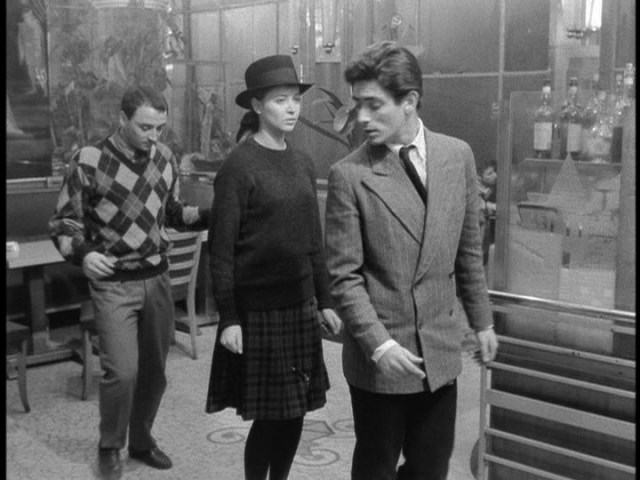 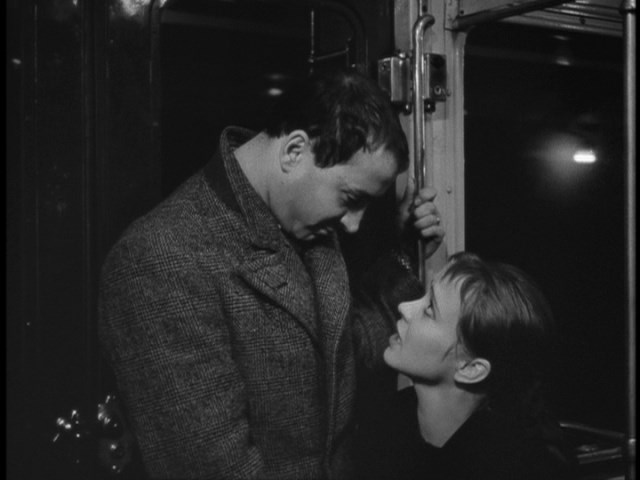 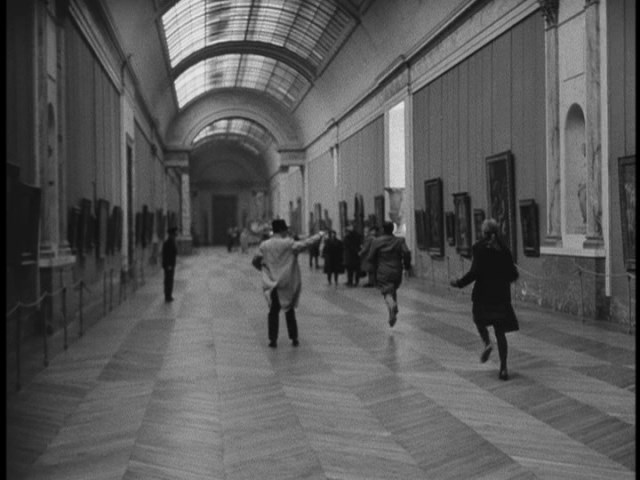 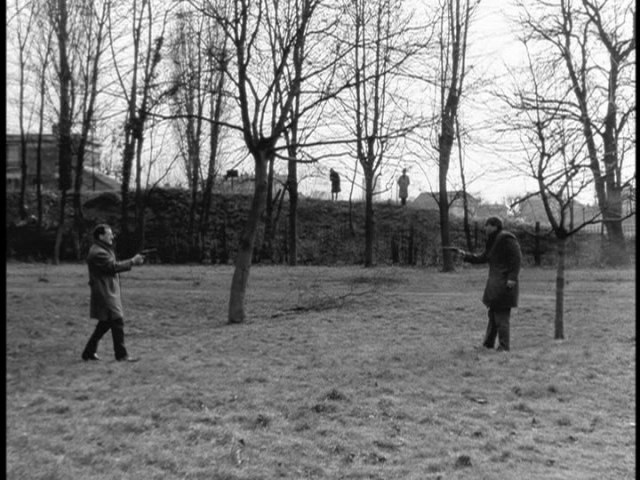 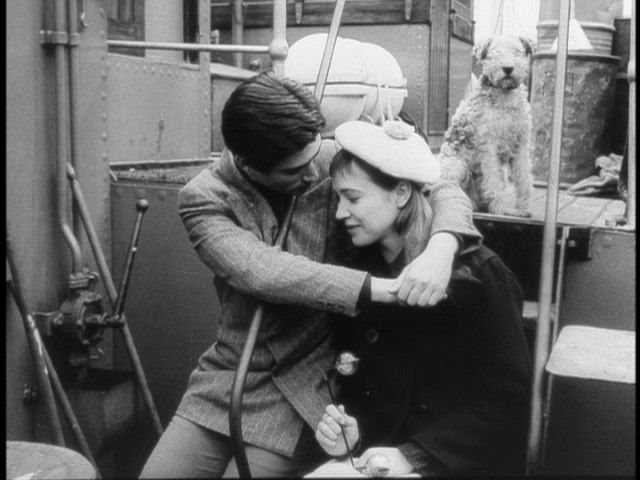 Similar to the picture the audio is limited because of the film’s shooting style and the equipment used. It has no fidelity or power to it, and range is very limited. Dialogue is muffled, the music can be a bit flat and edgy, and there’s a slight distortion. Otherwise the track is fairly clean, lacking any scratches, pops, or other damage.

Criterion gives the film a modest set of supplements starting with a Visual Glossary put together by Criterion, showing 31 clips from the film that have references to other films, novels, or are inside-jokes of sorts. The references range from the novel that inspired the film to Chaplin, to vague references involving previous films that featured the Louvre. Admittedly I missed a lot of these references while watching the film, though most are of the “blink and you miss it” variety. The feature runs over 18-minutes.

There’s also 5-minutes of clips from an episode of Cinéma de notre temps featuring an interview with Jean-Luc Godard with some behind the scenes footage from the shoot of Band of Outsiders. Godard briefly talks about the New Wave and the purpose behind it, breaking the conventions and rules of filmmaking.

Criterion then includes a couple of new interviews (new at the time of this DVD’s release, anyways) with Anna Karina and cinematographer Raoul Coutard. Karina recalls how she first met Godard (she turned down a small role in Breathless that would have required her to appear nude) and then moving on to Le petit soldat and A Woman is a Woman. She shares personal memories, like what it was like going to the movies with him, and how it was working with him and Coutard on Band of Outsiders. Her segment runs about 18-minutes.

Coutard talks about the more technical aspects of working on a “New Wave” film, which could present some technical challenges, like the handheld equipment and how it presented limitations in sound. He also goes over lighting and what it was like working under Godard. This interview runs about 11-minutes.

Both interviews are fine and informative, though the two have participated in many other interviews that more or less cover the same material.

Criterion then includes Agnès Varda’s short film Les fiancés du pont Mac Donald, a 3-minute silent that features Godard and Karina. Also featured in Varda’s Cléo from 5 to 7, the charming short features the two as lovers and a scenario that plays out differently depending on whether Godard wears his trademark shades or not. It’s a rather humourous and loving tribute to silent cinema and the two.

We then get two trailers, the original one and the 2002 rerelease trailer. The booklet features a few excellent features, including an essay by poet Joshua Clover, a reprint of descriptions by Godard for the three main characters, and the reprint of a 1964 interview between Godard and critic Jean Collet, who talk about the film. A great inclusion for the release.

They’re all worth going through but as a whole the supplements are generally unspectacular with only a few excellent features in the bunch.

The supplements are a bit mediocre as a whole but worth going through. With its strong standard-definition transfer it comes with a recommendation to those who are unable to pick up the new Blu-ray edition. 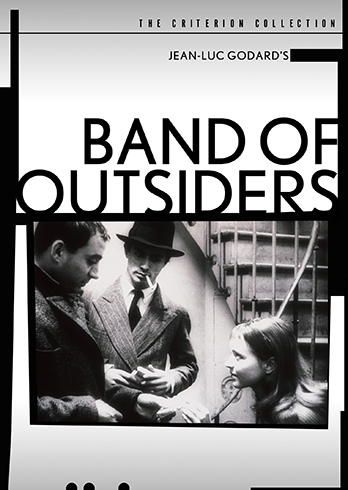