perfect cover for that movie
Top

I have a feeling you authored the following amazon review:


I LOVE PAMELA ANDERSON. I LOVE DENISE RICHARDS. I DID NOT LOVE THIS MOVIE AT ALL. IVE BEEN WANTING TO SEE THIS MOVIE SINCE I HEARD ABOUT IT BEING MADE BUT I WAS REALLY LET DOWN. BOTH ACTRESSES LOOK AMAZING BUT THE SCRIPT IS HORRIBLE AND THE LAUGHS CAN NOT BE FOUND ANYWHERE. MY SUGGESTION IF YOU REALLY WANT TO SEE IT--RENT IT DONT BUY IT!!!! TRUST ME--I BOUGHT IT AND I WANT MY MONEY BACK

(Perhaps the fourth volume could be called Now That's What I Call Worst DVD Covers!)

Someone has to make the pun, so... Anamorph? Ick.
Top

Without Clea Duvall and friend lazily plastered the body part skeleton, it might have been a just bad cover but as is that is an A+++++++ Horrible cover, would not look at again!!!!!
Top

Imagine having fingers instead of teeth. At first it seems like a bad idea, and there's certainly a lot wrong with it: you would have to wash them with soap instead of toothpaste, which would taste terrible; eating would be tremendously difficult, I can see lot of choking happening; it would look terrifying and weird, and smiles would lose their charm.

However, think of the advantages! Men who play harmonica while playing guitar won't need those metal braces around their heads. You can kiss someone and hold hands at the same time, the ultimate expression of casual affection. You can pick at your "teeth" publicly without looking indecent. You can wear jewelry on your teeth. Dentists will be a thing of the past. It would revolutionize oral sex, although I hate to think how.
Top

I hate handsy bj's. Plus I'm not sure you're aware there's a cheekfoot.

One thing I can't understand is whether the skull is supposed to be imagining Clea DuVall and Scott Speedman in the space where its brain used to be?

To be fair though this can't be the first time that seeing a poster/DVD cover for a Willem Dafoe film has made people exclaim "Jesus Christ!"

I looked up the UK cover, which is simpler and less gloriously dumb...but still stupid.

I love how the DVDBeaver review is just like six boring captures of Dafoe. Someone has a crush!
Top

domino harvey wrote:I love how the DVDBeaver review is just like six boring captures of Dafoe. Someone has a crush!

Why didn't they use that poster of Willem Dafoe outlined in red turning into a drop of blood? That is creepy, classy and features Mr Dafoe prominently!
Top

This is a bad DVD cover post crossed with a recommendation. I noticed that Docurama is repackaging the two amazing documentaries Paradise Lost: Child Murders At Robin Hood Hills and Paradise Lost 2: Revelations with a terrible DVD cover:

I would not hesitate to recommend anyone interested in the films to pick up the Warp Films DVD from the UK. Firstly it has a much better cover!:

The two discs are also packaged in one normal width DVD case, which might be a bonus for the space conscious! The discs are also in NTSC and region 0 according to the back of the cover, so should work in US players. Also French, Japanese, Italian, Spanish and German subtitles (sadly no English subs)

I'm curious as to the reasoning behind putting the faces of the accused in floating head format on the cover, as though someone would be browsing in a Blockbuster and going, "Oooo honey, look, the new Damien Echols film!"
Top 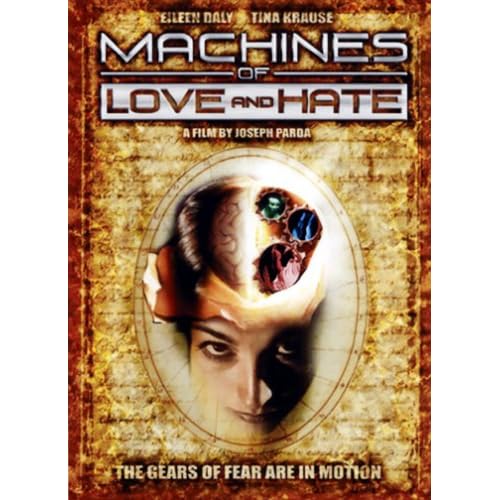 The Termination Point cover I saw was worse than this.
This one at least looks spoofy, as if the dopey cover is intentional, though the descriptions make it sound like an earnest sci-fi adventure film. 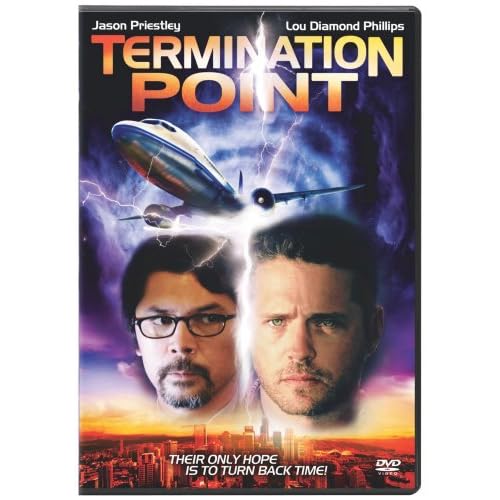 Actually this cover is pretty good, although the gothic font seems inappropriate somehow.

In this specific instance, I think asking god might not be the best strategy...

In my studies of God, at least from the points of view of the various religions that claim him, his (its) behavior seems pretty sadistic.

That has a great tagline: "First he nails you, then he NAILS you!"
Top

But the tagline makes no sense--Jesus was the nailee, no? Unless they are alluding to his carpentry background.
Top
Locked
2440 posts