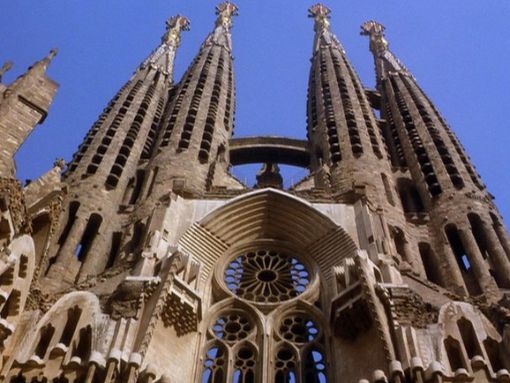 Catalan architect Antonio Gaudí (1852–1926) designed some of the world’s most astonishing buildings, interiors, and parks; Japanese director Hiroshi Teshigahara constructed some of the most aesthetically audacious films ever made. Here their artistry melds in a unique, enthralling cinematic experience. Less a documentary than a visual poem, Teshigahara’s Antonio Gaudí takes viewers on a tour of Gaudí’s truly spectacular architecture, including his massive, still-unfinished masterpiece, the Sagrada Familia cathedral in Barcelona. With camera work as bold and sensual as the curves of his subject’s organic structures, Teshigahara immortalizes Gaudí on film.

Criterion has released Hiroshi Teshigahara’s “documentary” on Antonio Gaudi in a brand new two-disc set, trumping Image Entertainment’s previous DVD release. The film is presented in its original aspect ratio of 1.33:1 on the first single-layer disc. The image has been picture-boxed.

I was shocked to see that the disc was single-layer but considering the film’s length (running only 72-minutes) and the fact that other than a trailer there’s nothing else on the disc, it does make sense. It’s doubtful this film would probably need more than 4GB.

And despite the single-layer the image on this looks very impressive. I actually wasn’t sure what to expect with this release, but the image is up to par with many of Criterion’s recent releases. Colours look absolutely fantastic, beautifully saturated, bright and bold when required. Browns and grays even look quite strong, and blacks are nice and deep. Blue skies look absolutely wonderful and the greens of the surrounding landscapes stand out.

Sharpness is quite good. The detail on Gaudi’s work is wonderfully presented in close-ups, and even long shots look very good. Some sequences look a little soft, probably inherent in the source, but overall it’s strong in this department. The print is in excellent shape, only a few blemishes here and there. The colour can fade momentarily during a couple of bits but is not too noticeable. I noticed the final shots of Sagrada Familia, just before the film ends, look a little rough when compared with the rest of the film, but otherwise all the way through the image looks spectacular and perfectly captures Gaudi’s work. 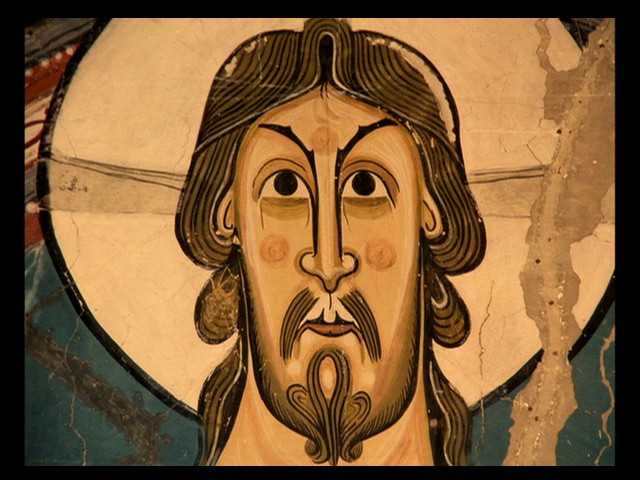 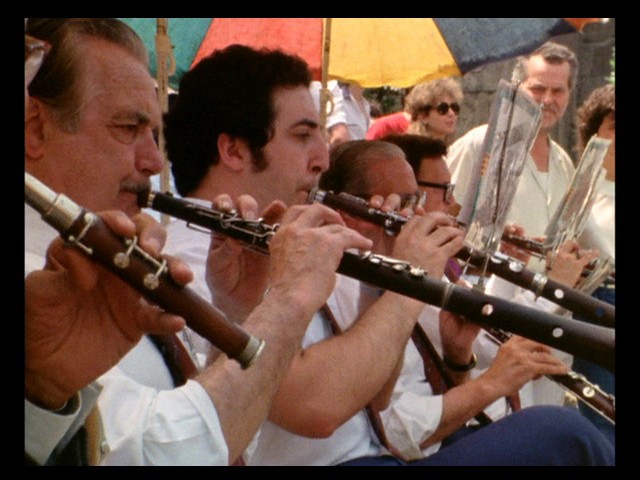 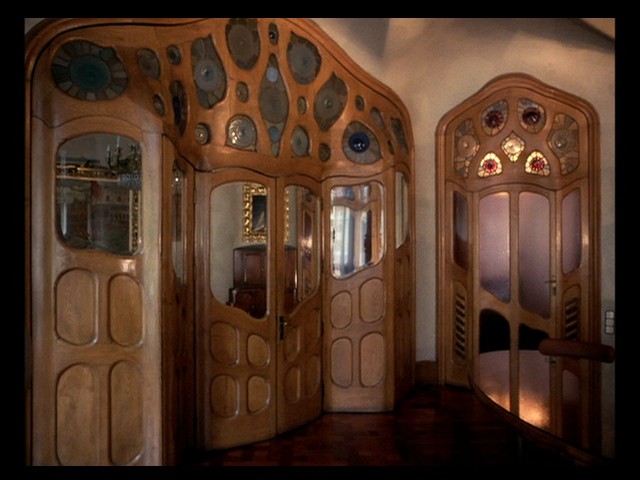 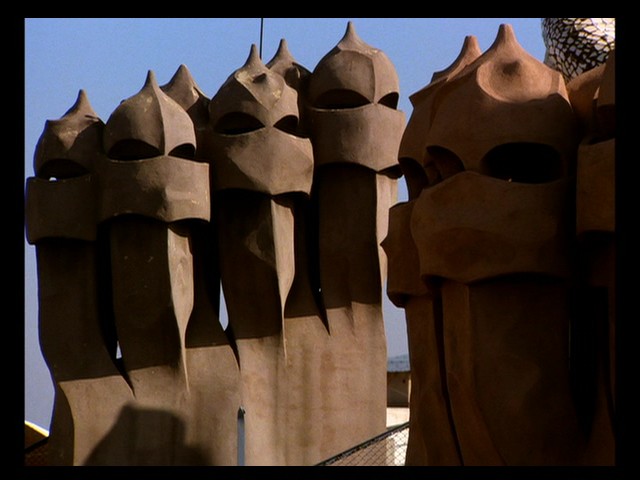 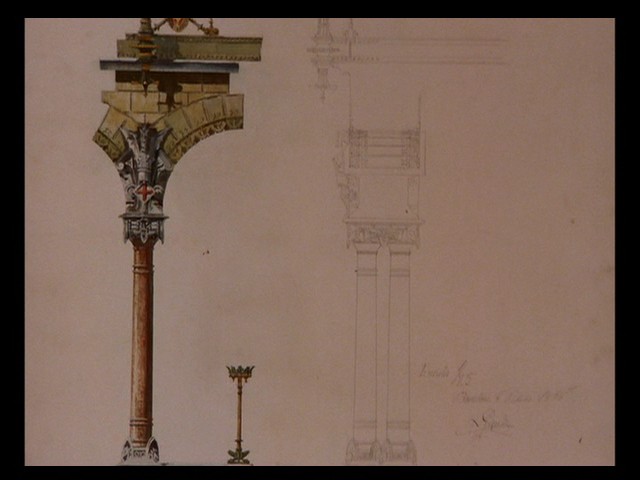 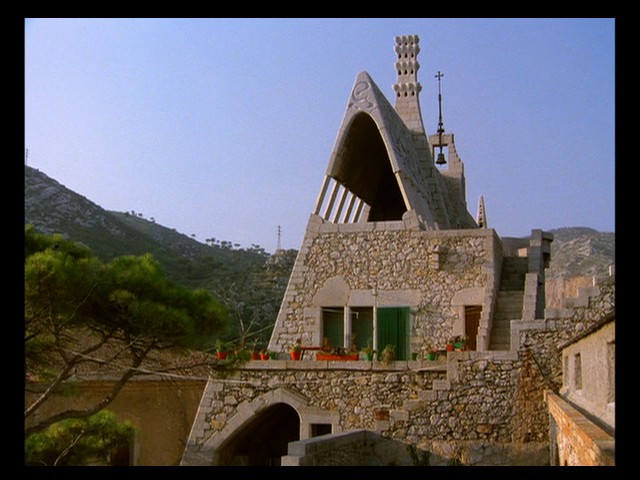 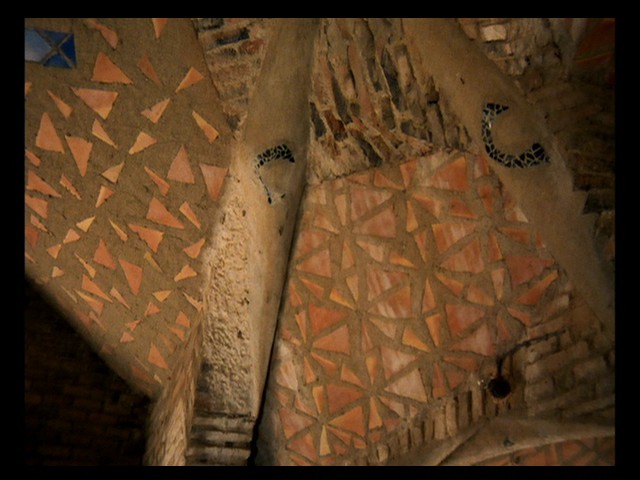 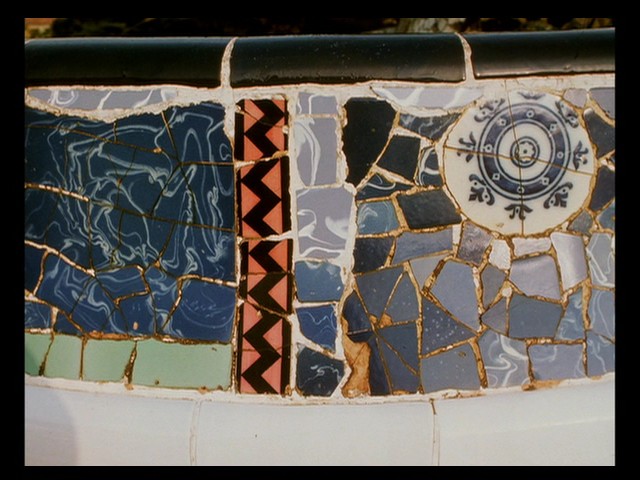 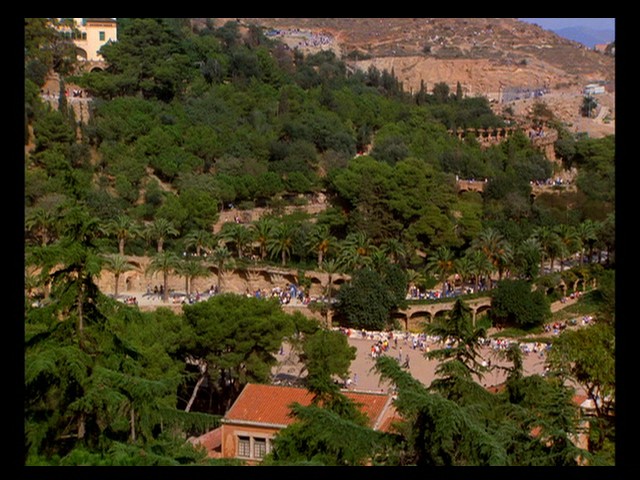 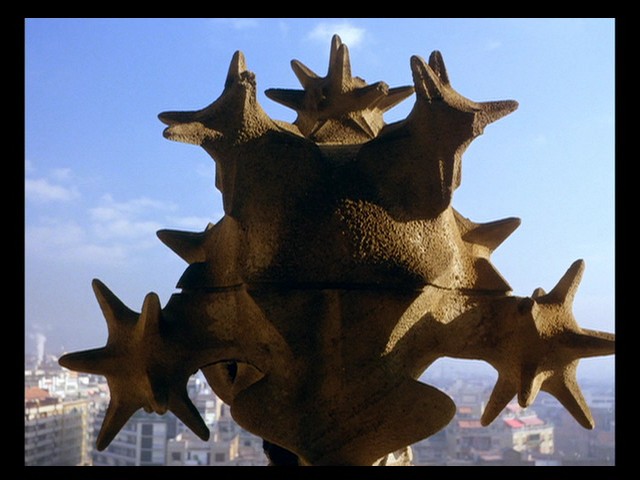 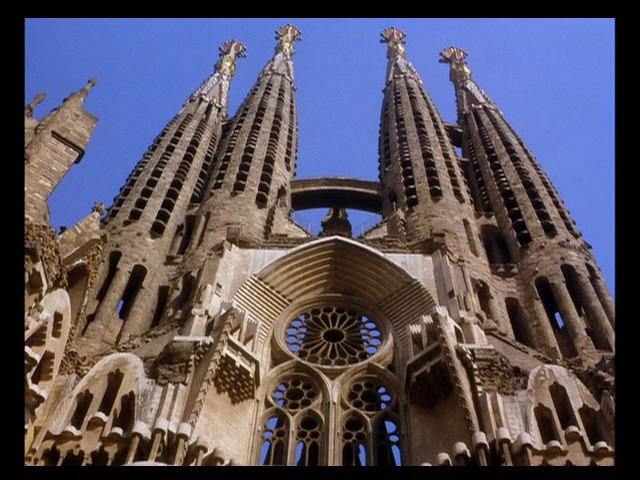 Criterion includes a Dolby Digital 1.0 mono track. The film only has a couple of instances of voice-over narration (during the end.) The rest of the film only presents a musical score by Tôru Takemitsu. I rather like the score to the film, almost giving a sort of unease with the surreal images of Gaudi’s work. Unfortunately I don’t think the transfer does a great job presenting it. Overall I found the track very harsh, somewhat distorted. There is a background hiss so I’m assuming the audio materials weren’t in the best shape. When the music is lower it sounds decent, but when it gets louder it’s almost shrill and at times rather obnoxious. A little disappointed with this aspect of the release.

I was a little surprised to see the amount of love Criterion put into this release. While I know there are many admirers of Gaudi’s work (and Teshigahara’s films) I can’t see this release being a huge seller. Yet Criterion went all out and gave this film a great 2-disc release that covers everything quite thoroughly.

The first disc only contains a theatrical trailer, lasting a minute and a half. It’s in the same style of the film and it focuses on the cathedral Sagrada Familia. Unfortunately no commentary has been included, though thinking about it I don’t know if one would really work for the film.

The second disc (which is dual-layer) offers a wealth of supplements and this may be one of my favourite collection of extras on a DVD release in the past year.

First up is a short film by Teshigahara called Gaudi, Catalunya, 1959, which chronicles a trip Hiroshi Teshigahara and his father, Sofu, made to Barcelona. Shot in 16mm and in colour, it does have a home movie kinda feel, though Teshigahara uses similar techniques that he would in the eventual film he would do in 1984. Running almost 20-minutes, in chronicles Guell Park, Sagrada Familia, and their visit with Salvador Dali. There is no sound, unfortunately, but it makes for an interesting viewing just to see Teshigahara discovering Gaudi’s work, and then what would lead up to the eventual feature film.

Criterion has also included a 13-minute interview with architect Arata Isozaki, presented in anamorphic widescreen. In the interview he talks about his friendship with Hiroshi and also talks a bit about Hiroshi’s father and their relationship. He touches on Gaudi, even offering a brief analysis on his work and gets into the public opinion of Gaudi’s work, both good and bad (though he was apparently quite popular with the Japanese, also mentioned in another supplement—this I was completely unaware of.) It’s a decent, though brief interview.

The real meat, though, would be the one-hour documentary God’s Architect: Antoni Gaudi, an installment from the BBC architecture series Visions of Space, hosted by art critic Robert Hughes. I think this works as a great compliment to Teshigahara’s film, which, while wonderfully done in showing off Gaudi’s art, doesn’t get into the history of the buildings or the man himself (some people will dismiss it as nothing more than a slideshow, which is unfortunate.) This gets into more detail about Gaudi, who was obviously a very complicated man, and also offers a great examination of his work, and even offers a history as to how they came to be. Hughes visits the sites, even getting interviews with current owners of the buildings/properties, or people who live there or have worked there. The doc examines his influences, gives a bit of a bio, and looks into his intense Catholic beliefs, which shows up in all of his work (though it appears his clients had him hold back in at least one case, where his idea for a giant statue of the virgin Mary on the roof of one of his buildings was axed, more than likely a good thing.) Hughes expresses his honest opinion of Gaudi, who he seems to greatly admire (he has an obvious love for some of his work) but also seems very frustrated with in some cases. I was actually a little shocked at how harsh he was on Gaudi’s cathedral, Sagrada Familia. I have to admit I do agree with him on some things (the façade with all of the sculptures and the nativity is a little much,) though think he may have been a little too mean. But I did chuckle at his comment when he makes a comparison between a few sculptures and Darth Vader. This leads, interestingly enough, into a little bit about the controversy surrounding the project. Sagrada Familia is still not completed, more than 80 years after Gaudi’s death and construction continues on it. There’s debate on whether construction should even continue. All in all I found this a great supplement and well worth watching. This supplement has been enhanced for widescreen televisions.

Adding on to the previous supplement, Criterion has also included a 16-minute segment on Gaudi made by Ken Russell from the BBC’s Monitor. This is sort of a brief tour of Gaudi’s work, presented in black and white, offering some information and history on the buildings. Some of the material is covered in the previous supplement but overall it’s still very informative and worth watching, if only to see Russell’s earlier work.

And finally, we get another short film by Hiroshi Teshigahara called Sculptures by Sofu – Vita. This 17-minute segment focuses on his father’s work for an exhibition. It begins with the exhibition being set up in black and white, and then in the same style of the film he films his father’s work, this time in colour, with another piercing score. It also shows his father at work. This is a decent supplement which I think shows Teshigahara’s admiration for his father and his work. A nice addition to the set.

I rented this set from NetFlix, so I do not have the booklet. According to Criterion’s website it includes an “essay by art historian Dore Ashton, a reminiscence by Hiroshi Teshigahara, and Hiroshi and Sofu discussing their trip to the West”. I have not read this booklet but once I pick this set up or get my hands on the booklet I will update this review.

Impressive release. I wasn’t fond of the audio track, but the visual transfer was beyond what I would have expected and looks fantastic. But the supplements were the biggest surprise, offering great insight into just about every aspect of this film. As a whole, when looking at the film and the supplements, it offers a great examination of Gaudi and his work, and even some decent insight into filmmaker Hiroshi Teshigahara. It’s a nicely rounded release and is one I highly recommend as it’s the most pleasant surprise I’ve had all year. 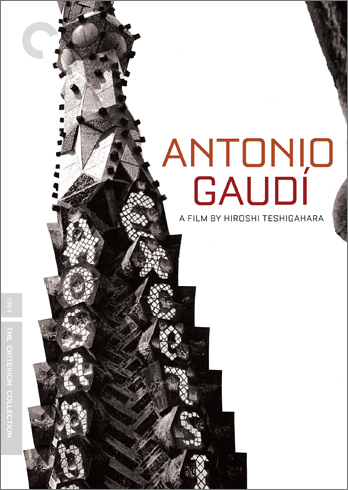 Woman in the Dunes (Blu-ray)