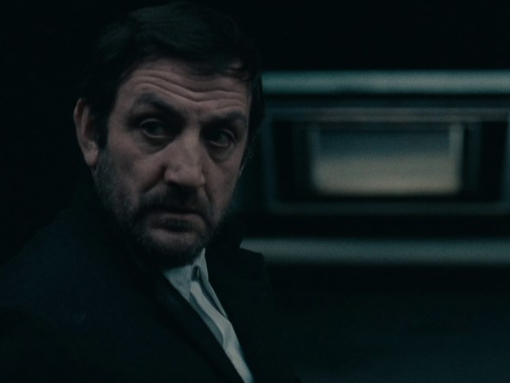 The most personal film by the underworld poet Jean-Pierre Melville, who had participated in the French Resistance himself, this tragic masterpiece, based on a novel by Joseph Kessel, recounts the struggles and sacrifices of those who fought in the Resistance. Lino Ventura, Paul Meurisse, Jean-Pierre Cassel, and the incomparable Simone Signoret star as intrepid underground fighters who must grapple with their conception of honor in their battle against Hitler’s regime. Long underappreciated in France and unseen in the United States, the atmospheric and gripping thriller Army of Shadows is now widely recognized as the summit of Melville’s career, channeling the exquisite minimalism of his gangster films to create an unsparing tale of defiance in the face of seemingly insurmountable odds.

Criterion has regained the rights to Jean-Pierre Melville’s Army of Shadows and reissues the film on Blu-ray. The film is again presented in the aspect ratio of 1.85:1 on a dual-layer disc. The 1080p/24hz high-definition presentation comes from the same restoration that Criterion used for their previous DVD and Blu-ray editions, which in turn was sourced from the 35mm original camera negative.

Outside of this presentation now using the newer Studio Canal logo to open the film the end result looks exactly the same as what was found on Criterion’s original Blu-ray, and I couldn’t detect a difference between either presentation on my television. While I was happy with the original Blu-ray back in 2011 (it showed a strong upgrade over the 2007 DVD edition), visiting it now the age of the master is far more apparent.

On the whole I still think it looks okay, but that’s the most praise I can heap on it. Most of the presentation is sharp with a decent level of detail, and I think the brighter, daytime sequences look strong, but a lot of the darker scenes (which is most of the film) are muddy, with weaker blacks that lean more grayish. It’s during a lot of these scenes where grain is weaker, looking to have had more filtering applied to varying degrees. Grain looks better in brighter scenes, but I can’t say it ever looks entirely natural.

Restoration wise it looks fine: there are a few minor marks but nothing big or distracting, though this is how it’s looked since DVD. So, in the end, anyone hoping for an improvement are out of luck here. Doesn’t even look like an improved encode. 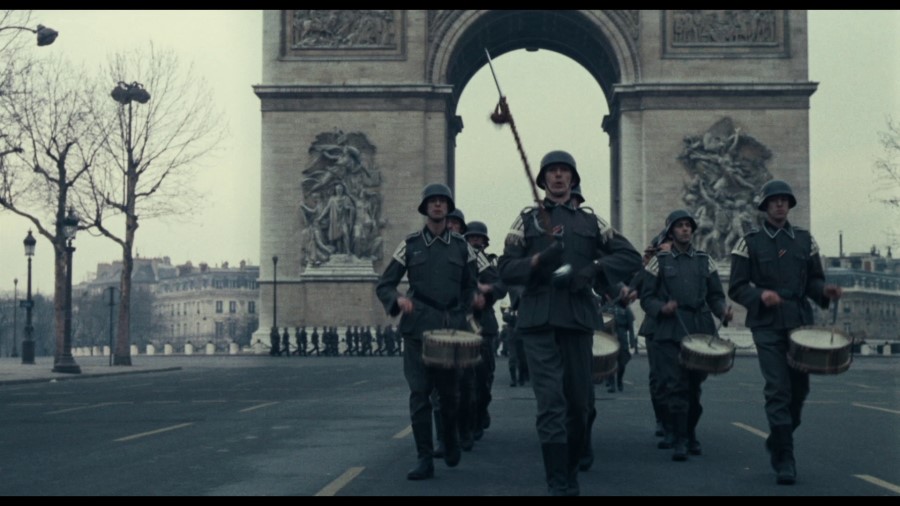 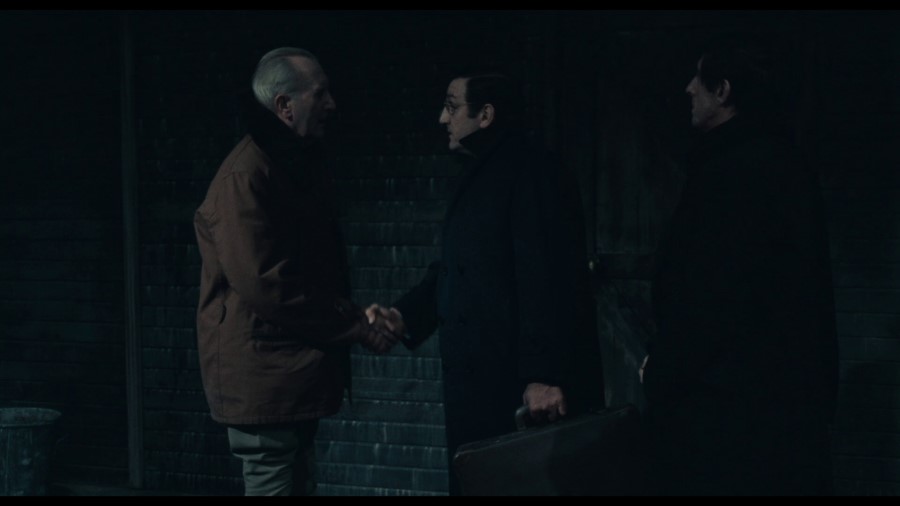 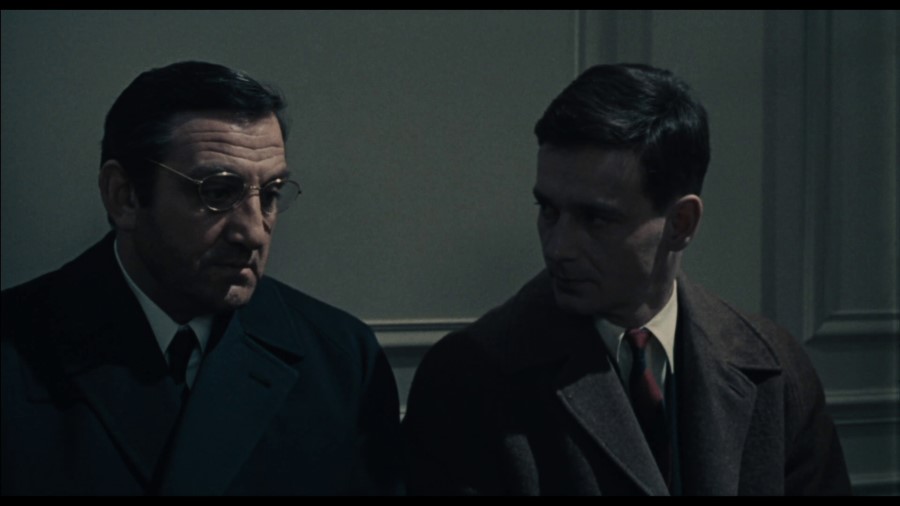 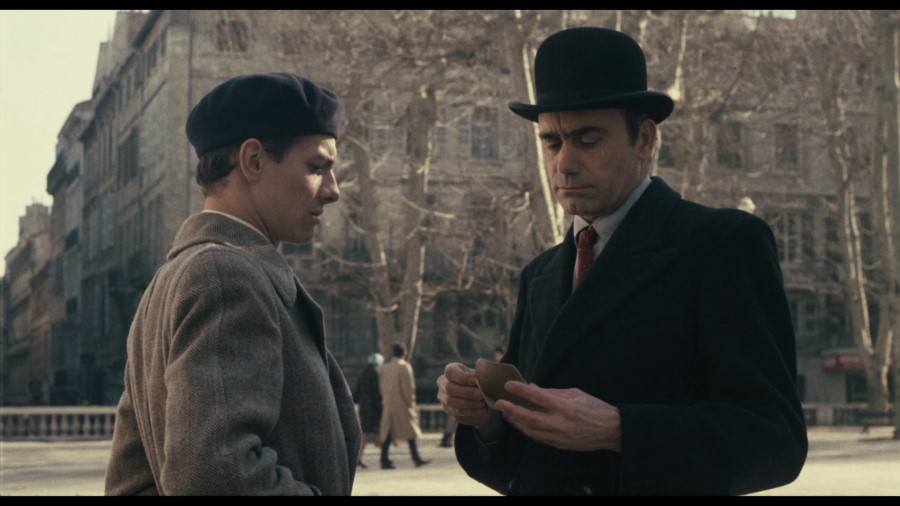 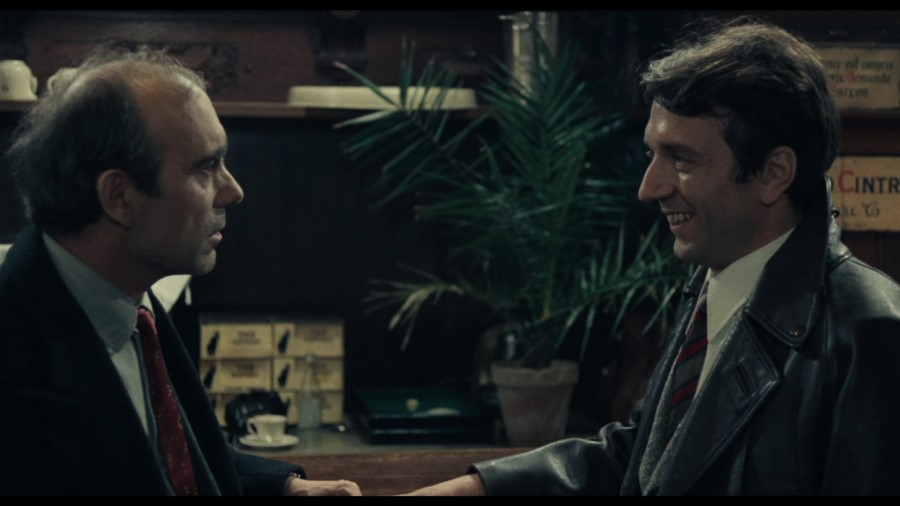 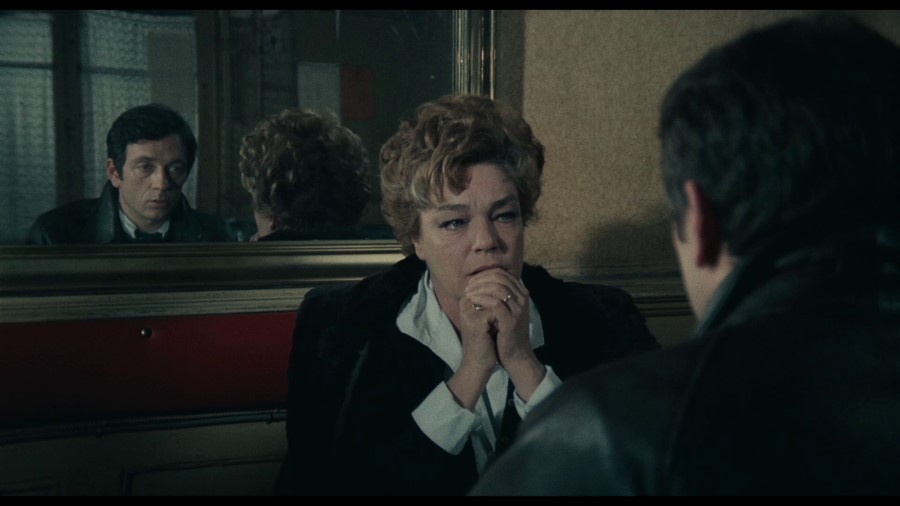 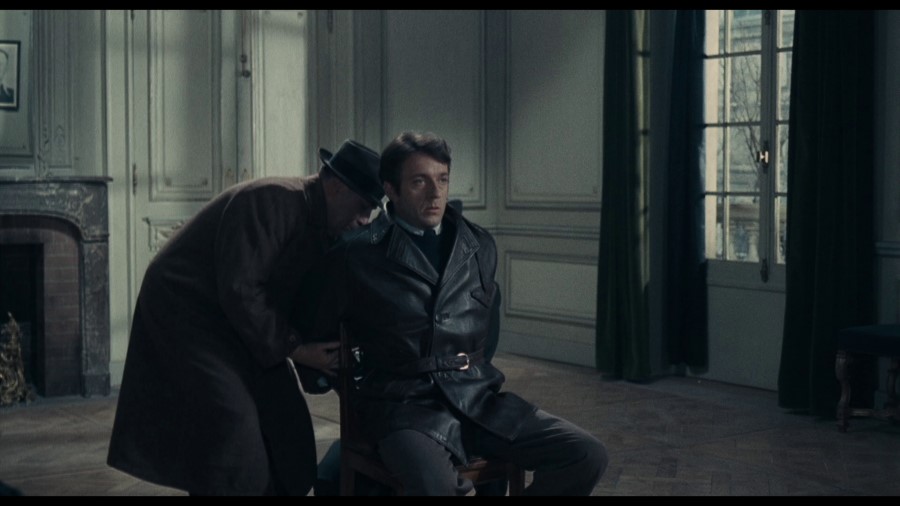 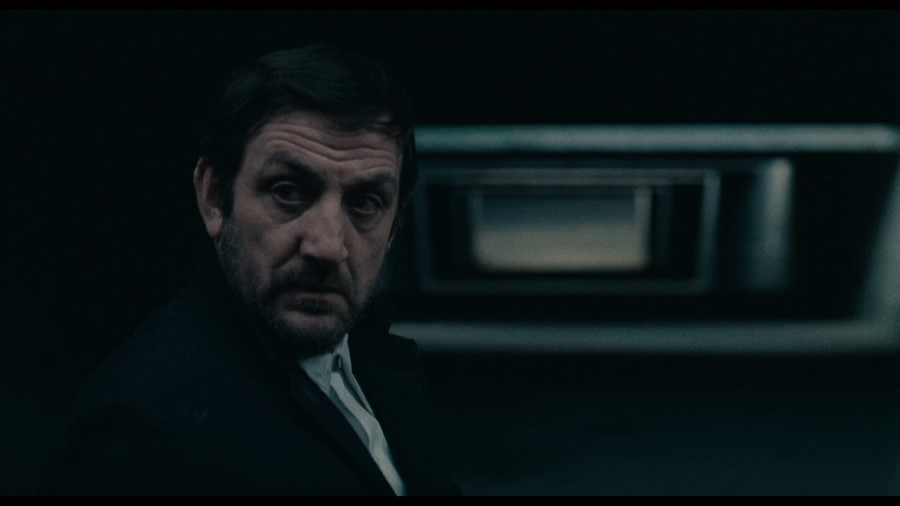 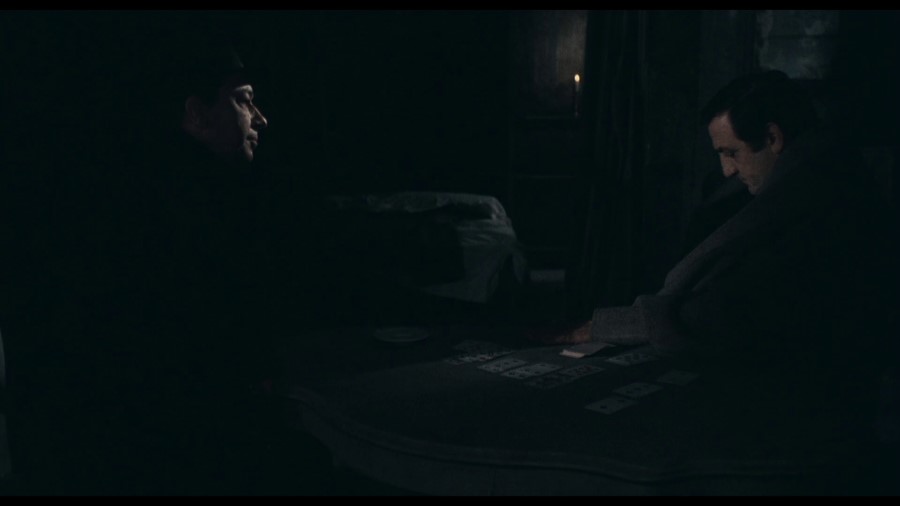 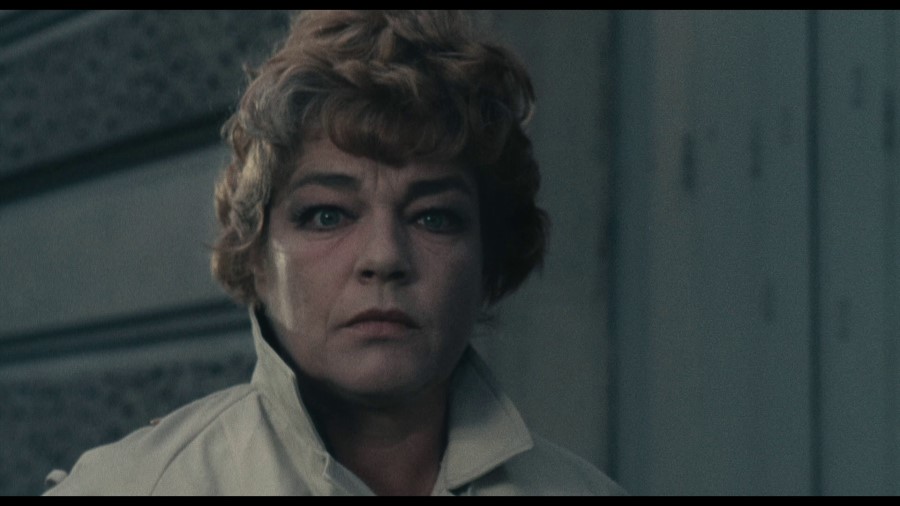 Yet again Criterion includes two French audio tracks: a PCM 1.0 monaural presented and a 2.0 DTS-HD MA presentation. The 2.0 track is still the better option in that fidelity is a little better and the spread of the audio is fine, while the 1.0 track is flatter and weaker overall. Neither show any signs of heavy damage or distortion either.

Though no new material has been added, Criterion’s special edition for Army of Shadows has always been a strong one and they have ported everything over.

The same audio commentary featuring film historian Ginette Vincendeau—recorded in 2006 for BFI—starts things off yet again. It’s a decent scholarly commentary, filled with some interesting comments and observations about the film, its subject matter, and look. On top of talking about the film and breaking down sequences, she does offer some historical context, talking a little about the Resistance and Nazi occupied France. She mentions other films that involve the German occupation (like Rene Clement’s Is Paris Burning?) and makes comparisons, and even talks about some of the criticisms made against this film during its initial release, especially the de Gaulle sequence in England. There is also mention of the original novel by Joseph Kessel and she covers some of the differences. At times dry but I enjoyed it. It’s at least worth sampling.

The remaining supplements are all video, starting with Jean-Pierre Melville Filmmaker, which is a 4-minute behind-the-scenes piece taken from a news segment shown in 1968 (as it says on the menu notes—the segment actually dates it to 1969, so I’m assuming it’s a misprint in the notes.) There’s some footage from the set and a brief interview with Melville.

Next is a segment devoted to cinematographer Pierre Lhomme. First is an Interview with the man, running 14-minutes and divided into 5 chapters. In it he talks about the restoration process which proved difficult, and then recalls the shoot and working with Melville. He talks about Melville’s work with budgets, some of the conflicts they had, the lighting, the colour, and then he talks about the man himself. Some of his comments about the restoration are then displayed in an accompanying restoration demonstration, running 7-minutes with no sound. It examines a few scenes, showing before and afters that best show off the restoration. It also points out what sources the material came from. The most fascinating portion may be the first segment, which shows how the opening march was restored despite missing frames. There is then a small photo gallery showing the colour tests used. Overall it’s a great section with terrific material, all of which are worth the time going through.

The next interview is with film editor Françoise Bonnot. For 11-minutes she talks about her mother who was an editor, and then covers her work on Z, which earned her an Oscar. She then talks about Melville (saying he’s a “tyrant” to work with) and the work she did with him, Army of Shadows primarily of course. She goes into great detail about the sound effects and then the opening march, which apparently moved from the beginning to the end and back again and again. In all it’s a charming interview and one of the better ones to be found on the release.

Criterion then includes plenty of archival material. L’invite du Dimanche provides excerpts from a television program broadcast in 1969. Running 30-minutes and divided into 5-chapters, it presents a number of interviews with the director and those from the set, along with author Joseph Kessel. It also has an interview with Andre Dewavrin (aka Colonel Passy,) who was a member of the resistance and also appears in the film. Another strong inclusion.

Next is a making-of made by Studio Canal in 2006 called Melville et “L’armee des ombres”. It again features Lhomme talking again about the look of the film and how tough it could be to work with Melville. Bonnot also appears again, talking about the same material she covers in her lone interview found in this set. But we also get interviews with Jean-Pierre Cassel, composer Eric Demarsan, and then filmmakers Philippe Labro and Bertrand Tavernier. Though some of the material covered in here is mentioned elsewhere, primarily within the commentary track, there’s still a wealth of information here about Melville and his career, along with material specific to Army of Shadows, like the touchy working relationship between Melville and actor Lino Ventura, his friendlier working relationship with Simone Signoret, and then the director’s American influences. Again some of the material is repeated in the other supplements but it’s a decent making-of. It runs 28-minutes and has been divided into 6 chapters.

Continuing on with archival material, Criterion presents a section entitled “The Resistance” which presents three features. First is Le journal de la resistance, which is a 34-minute film directed by Jean Painleve and Jean Gremillion, which shows footage from the last days of the German occupation. After an incredibly long scrolling text introduction, we see footage from around the city involving fighting between the French resistance fighters and the Nazis, who eventually flee, all of this with narration by Noel Coward.

After this is a 1984 interview with Simone Signoret and Lucie Aubrac running 4-minutes. Aubrac was a resistance fighter who was the basis for Mathilde, the character played by Signoret. Signoret talks about the character and representation, while Aubrac talks a little about the resistance and her surprise about movies being made around it.

The final feature is a 23-minute presentation of television excerpts from Ouvrez les Guillemets. Recorded and broadcast in 1973 it gathers together former resistance fighters (including Dewavrin again) who talk not only about the time period and their relationship with England (with a debate that gets somewhat heated but remains civil) but also talk about the publication “Combat”.

The supplements then close with two theatrical trailers, including the original French trailer and then the 2006 U.S. release trailer.

The booklet is then basically the same as the ones found in the previous DVD and Blu-ray editions, starting with an excellent essay on the film by Amy Taubin. Robert O. Paxton provides an interesting piece on the characters in the film and what they represent, and then finally we get a reprinted interview with the director. The booklet has a couple of text changes in bylines and details around the restoration, but in every other sense the booklet is the same.

Though it would have been nice to get some sort of updated feature, or maybe a new academic addition of some sort, Criterion’s special edition is still a well-rounded release covering all angles of the film, from its production to its standing through the years, along with a historical angle covering the film’s subject matter.

Outside of some superficial modifications around artwork, the booklet, and opening logos for the film, this edition is the same as Criterion’s previous Blu-ray. It looks and sounds the same, and offers the same (excellent) supplementary material. Worth picking up if you missed out on the original Blu-ray edition before it went out-of-print. 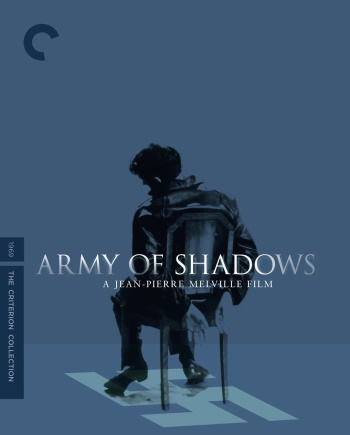