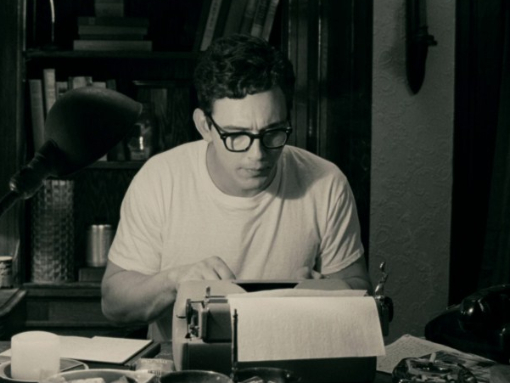 James Franco stars as the young Allen Ginsberg - poet, counter-culture adventurer and chronicler of the Beat Generation. In his famously confessional, leave-nothing-out style, Ginsberg recounts the road trips, love affairs and search for personal liberation that led to the most timeless and electrifying work of his career, the poem HOWL. Meanwhile, in a San Francisco courtroom, HOWL is on trial. Prosecutor Ralph McIntosh (Strathairn) sets out to prove that the book should be banned, while suave defense attorney Jake Ehrlich (Hamm) argues fervently for freedom of speech and creative expression. The proceedings veer from the comically absurd to the passionate as a host of unusual witnesses (Jeff Daniels, Mary-Louise Parker, Treat Williams, Alesssandro Nivola) pit generation against generation and art against fear in front of conservative Judge Clayton Horn (Bob Balaban).

HOWL is simultaneously a portrait of a renegade artist breaking down barriers to find love and redemption and an imaginative ride through a prophetic masterpiece that rocked a generation and was heard around the world.

Oscilloscope Laboratories presents Rob Epstein’s and Jeffrey Friedman’s film Howl in the aspect ratio of about 1.85:1 on a dual-layer disc. The transfer is presented in 1080p/24hz.

I’ll admit right off I’m not too sure what to make of the transfer here. Overall it does look good (and considering the film isn’t that old, one would hope it would at least look that) but it is hampered by a few items, some of which may or may not be because of the different styles of filmmaking found throughout.

The film jumps around between Allen Ginsberg (played by James Franco) in an interview, the obscenity trial, the period where Ginsberg was writing “Howl”, and then animations that interpret the poem. The interview and trial scenes are fairly soft and definition isn’t overly strong. Colours also look to be a little bit over-saturated in these sequences. At first I did attribute this to maybe a weakness in the transfer, but then when we jump to black and white sequences, which represent Ginsberg’s time while writing the poem, the image becomes sharper and fine object details become far clearer. Because of this I assume that the trial and interview sequences were purposely presented the way they are to “date” the sequences.

While that would make sense what further confused me were the animation sequences. Though colourful they also come off a bit soft and present some noticeable problems, specifically banding, which is rampant throughout these sequences. I’m not sure if this is an issue with the actual animations (I can imagine there was a limited budget for these sequences) but I did notice on a few occasions the bit rate drops drastically during when these appear. But considering the fact that I didn’t notice these issues elsewhere I would have to guess it was just how the animations were done.

Not to scare anyone away because the image is certainly still not awful, but it has some apparent problems that ultimately could be related to the shooting style and budget limitations of the film.

(This release also comes with a DVD for the film. This review is about the Blu-ray’s transfer but I will note that the DVD’s standard definition transfer is really just a downscaled version of this high-def transfer featuring the same issues, maybe coming off a little softer and featuring some noticeable compression artifacts.) 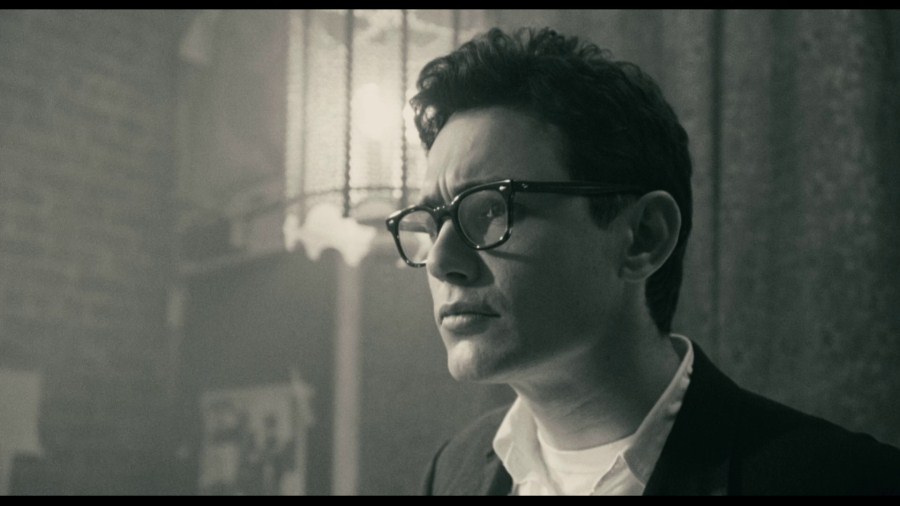 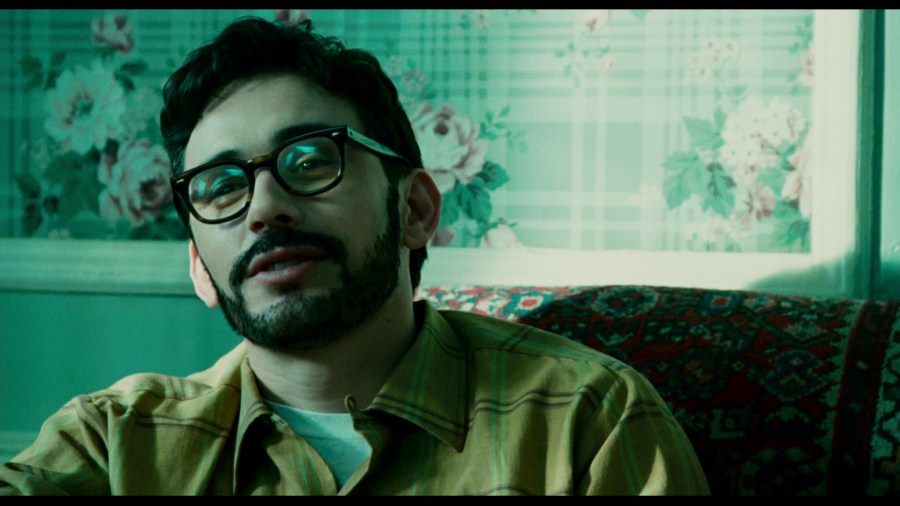 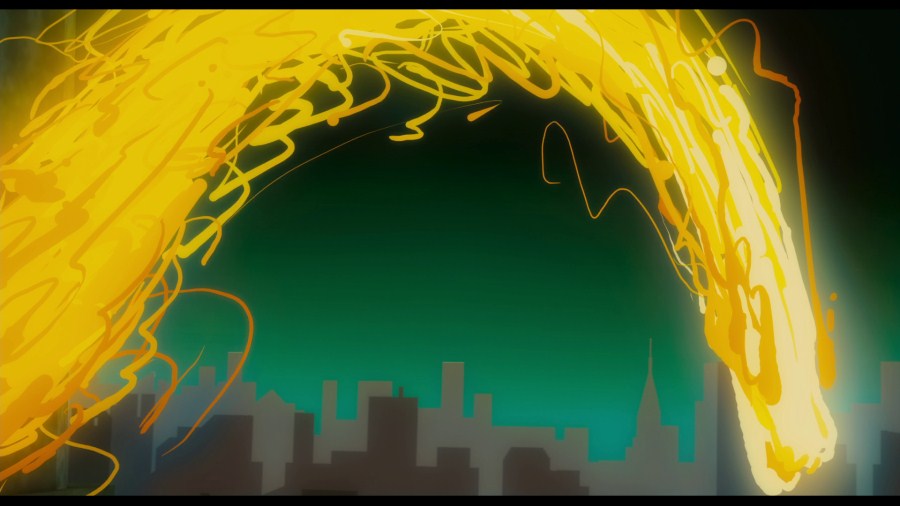 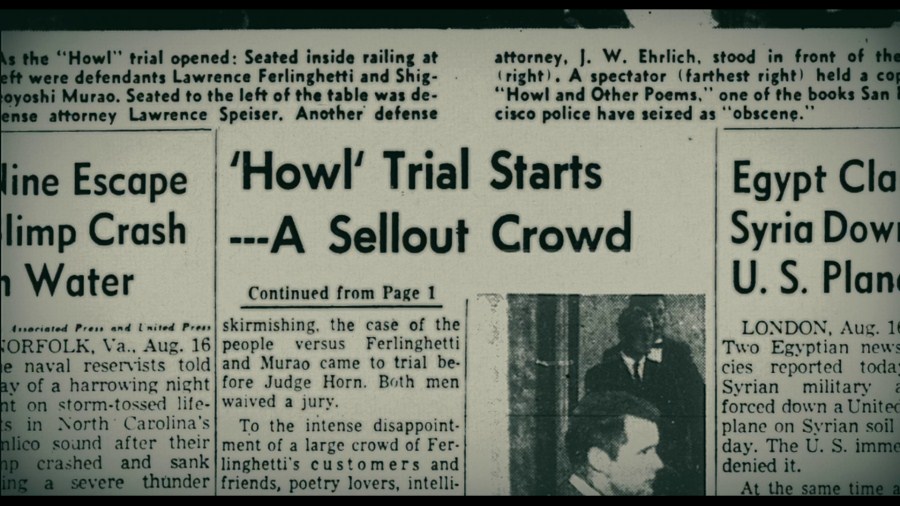 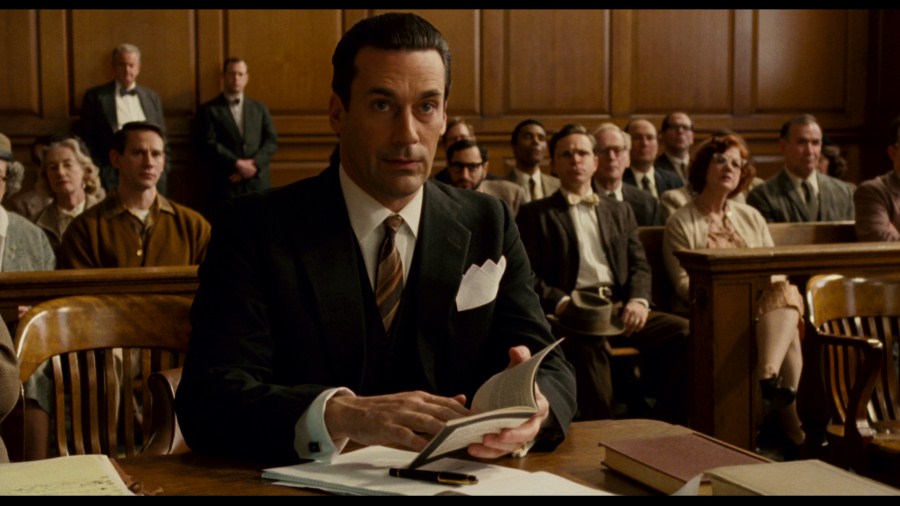 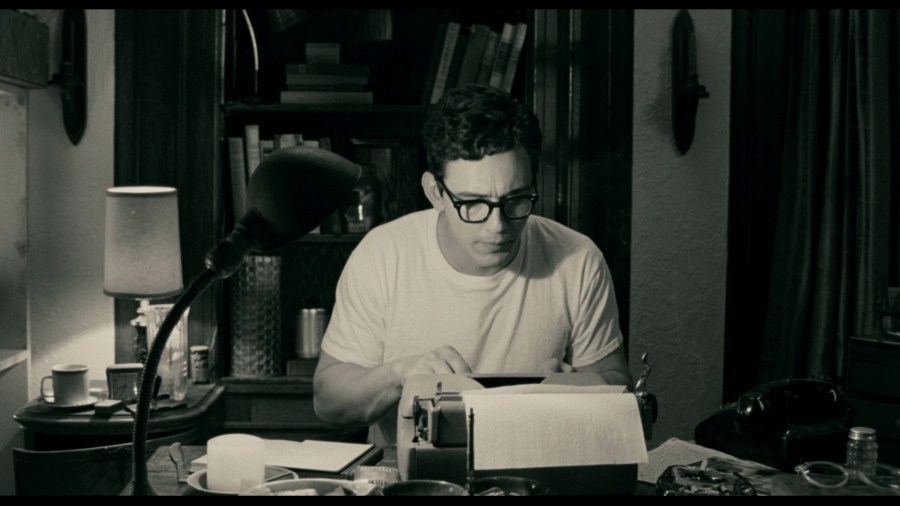 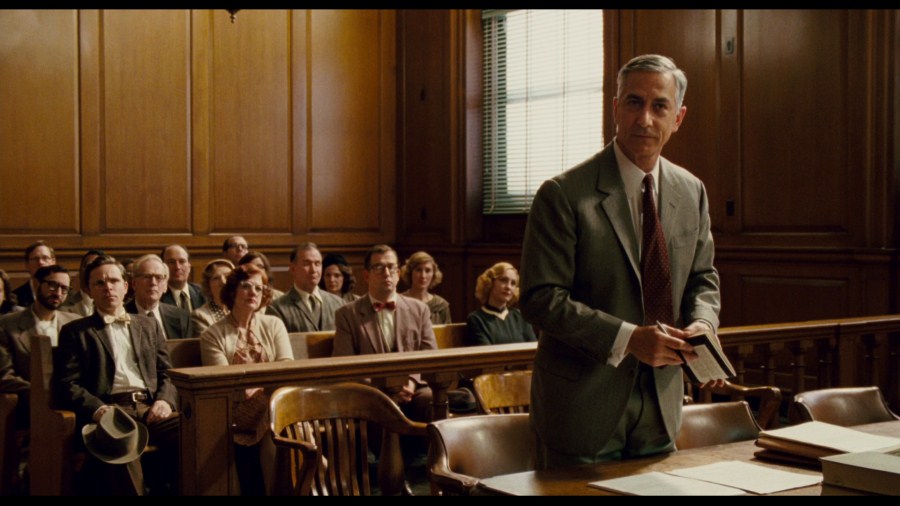 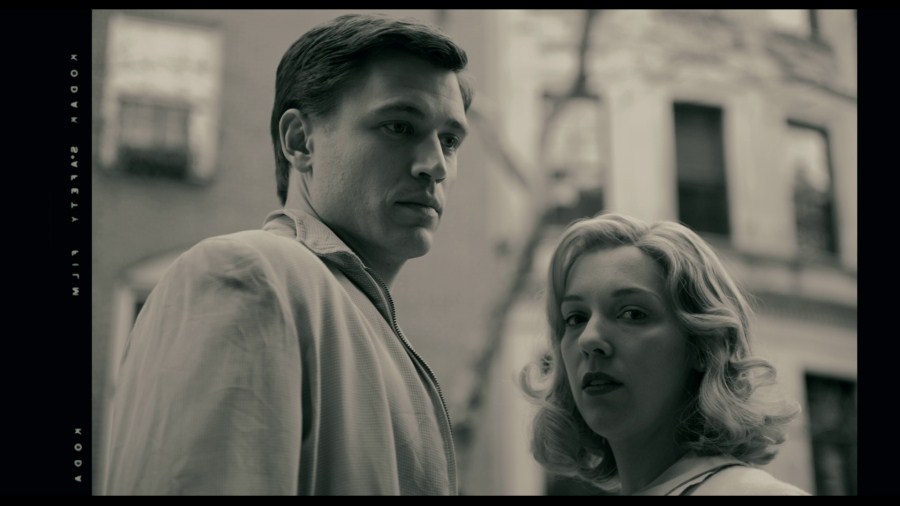 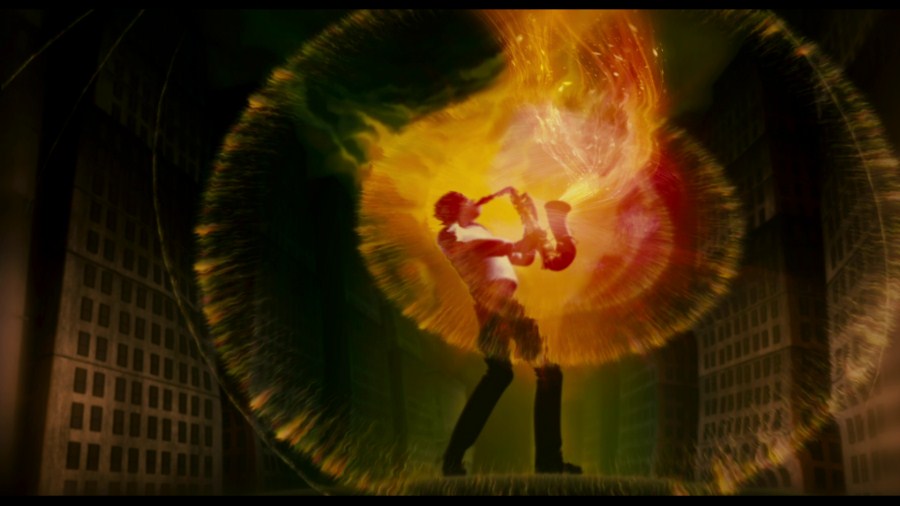 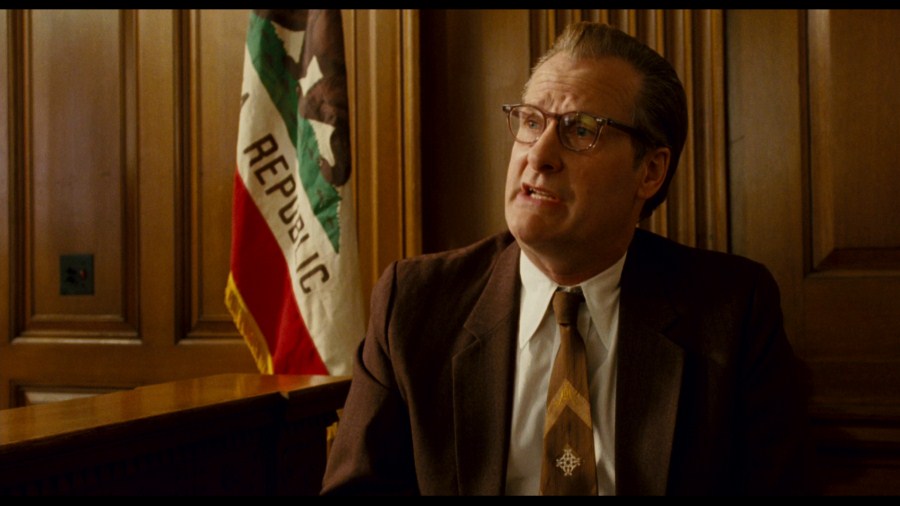 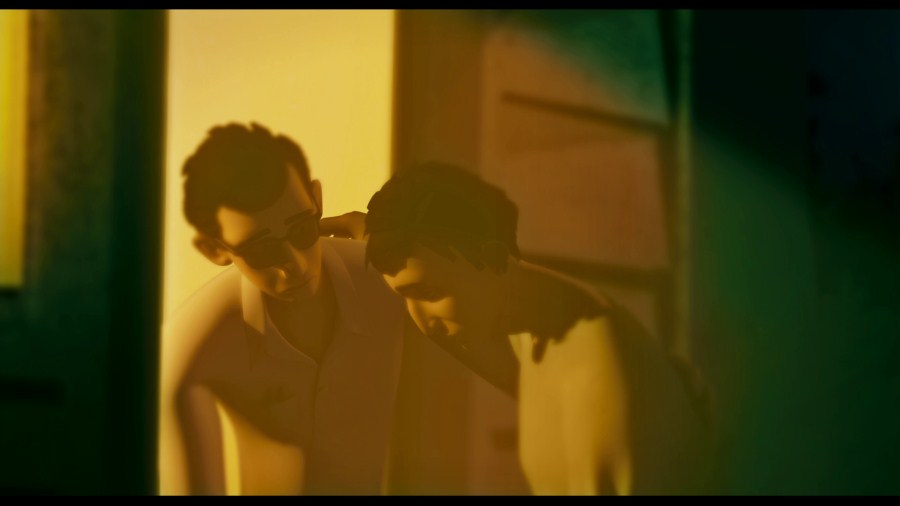 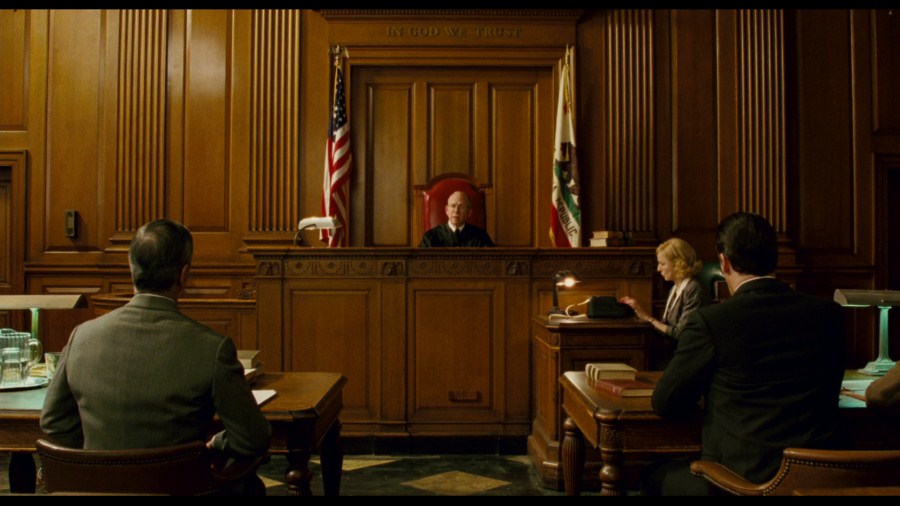 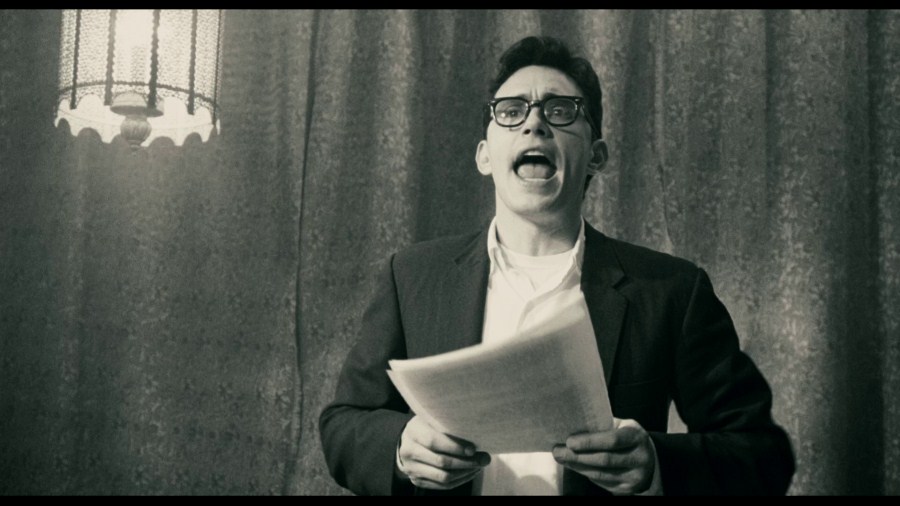 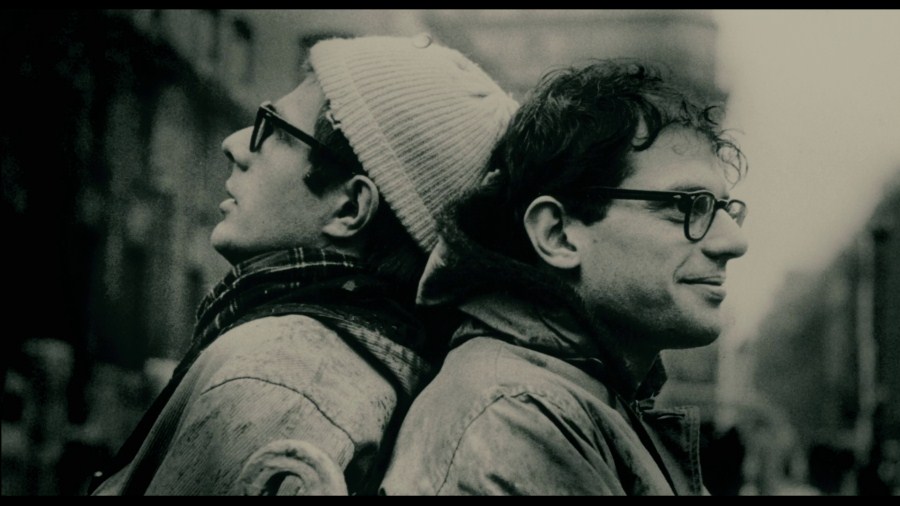 The included DTS-HD MA 5.1 surround track is also a little problematic, with an odd mix. I found volume levels on dialogue surprisingly low throughout a majority of the film requiring me to turn the volume up, which was a bit disappointing since it’s a dialogue driven film, but then suddenly, primarily during the animated poetry sequences, dialogue would become loud. Music, which actually comes through all of the speakers most of the time, is also pretty loud.

The fronts get most of the work not surprisingly, with the rear speakers getting some music and the odd sound effect during the animated sequences. Bass is decent, but the lower channel never really shines except for one notable moment during one of the animated bits.

Still, while dialogue was probably low, it is a clean track and has a couple of moments where it shines.

Oscilloscope Labs includes a few features starting with an audio commentary featuring directors Rob Epstein and Jeffrey Friedman along with actor James Franco. Franco almost sounds to be the moderator of the track. The three engage in a conversation about the project and how it came to light, with Franco sharing how he came on board, and they all talk about the film’s subject matter, Ginsberg and the time period in which the film takes place. Franco also shares how he came into the role and how he prepared for it. It’s not a bad track but it’s also not particularly great or insightful (I found other features on this set to be a little better in covering the making of the film and its subject matter.) It has quite a few dead spots and, though it could be just how Franco talks, it really sounds like he’s just dropping out in places.

A little better, if not truly ground breaking, is the making of documentary entitled Holy! Holy! Holy! The Making of Howl, running 40-minutes and divided into 8 chapters. It follows the production history starting with Epstein and Friedman talking about how they were approached for the project and then getting financing. They then talk about the creative process, and the ideas that went about on how they should do the film, eventually settling on a non-documentary film though done in a mix of styles, including a documentary style, and based on actual words spoken. The documentary then goes through the production design, costumes, hair, and just recreating the time period in general. It also covers the animation in the film fairly extensively. What I liked most about it, though, was when the cast, crew, and those that knew Ginsberg talk about him and his writing, with Treat Williams offering a great insightful take on his work in a very brief period. Mixed in with some behind-the-scenes material this is a pretty strong making-of.

The next feature are Director’s Research Tapes, which are interviews with the various people who knew or worked with Ginsberg previously, including Eric Drooker, Ginsberg’s life partner Peter Orlovsky, poet Tuli Kupferberg, musician Steven Taylor, and then various people involved in the obscenity trial. It runs over 28-minutes and is a great feature as everyone talks about Ginsberg, his work and projects they may have worked on with him. Orlovsky of course offers the most information about Ginsberg as he obviously knew him best, and then the segment about the trial also offers some further insights into it not covered in the film. Another feature worth watching.

Moving on we next get video footage of Allen Ginsberg at The Knitting Factory in New York. Recorded in 1995, Ginsberg reads from “Howl” and then moves on to the shorter poems “Sunflower Sutra” and “Pull My Daisy”. Rather cool just to see him actually reading, and then getting an actual sample of his style, which Franco did get pretty spot on actually in the film. As a note, the DVD edition only includes Ginsberg reading “Howl” as a feature and not the other two poems. This feature runs 35-minutes (25-minutes on the DVD.)

After this we then get the audio only feature of actor James Franco reading “Howl”. I’m assuming this was the actual recording used for the animated poem sequences in the film. In the end, despite getting Franco’s full reading all in one it’s a little redundant since we get his reading in the film, and then as a feature we also get the real Ginsberg reading the film, but here it is for those that are interested. It runs 25-minutes.

The Blu-ray then closes with an exclusive feature, not found on the DVD, of the Provincetown Film Festival Q&A with the Directors, featuring Epstein and Friedman again, and moderated by John Cameron Mitchell. Running 22-minutes it’s a fairly loose and interesting session with the directors talking again about the birth of the project but also talking a little more about the poem and Ginsberg.

And that closes the disc. The commentary is okay, but the remaining features are all pretty good and worthwhile, offering a look into the film and the poem and man it pays tribute to.

The transfer is decent but has some problems that could be related to the style and limited budget of the film. The supplements are overall quite good despite some repetition, offering some great insight into the film and the subject on which its based. A decent if unspectacular release. 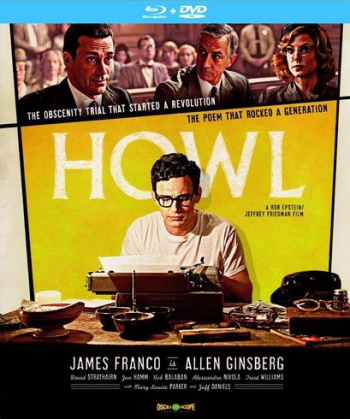 Flowers in the Attic (Blu-ray)

The Times of Harvey Milk (Blu-ray)