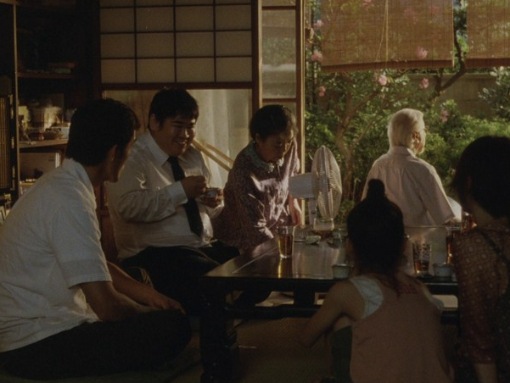 The lyrical, profoundly moving Still Walking (Aruitemo aruitemo) is contemporary Japanese master Hirokazu Kore-eda’s most personal work to date. Created as a tribute to his late mother, the film depicts one day in the life of the Yokoyamas, gathered together for a commemorative ritual whose nature only gradually becomes clear. Rather than focus on big dramatic moments, Kore-eda relies on simple gestures and domestic routines (especially cooking) to evoke a family’s entire life, its deep regrets and its daily joys. Featuring vivid, heartrending performances and a gentle naturalism that harks back to the director’s earlier, documentary work, Still Walking is an extraordinary portrayal of the ties that bind us.

Hirokazu Kore-eda’s Still Walking is given a new 1080p/24hz transfer and is presented in its original aspect ratio of 1.85:1 on this dual-layer Blu-ray disc.

Generally the image looks striking if a little soft around the edges, though this aspect could be a byproduct of the photography. Colours are bright and vibrant, looking natural, while blacks can come off a little faded and not as deep as I would always like. I didn’t notice any damage in the print at all and the transfer doesn’t show any artifacts of note. And while I feel the image probably looks a little smoother than it probably should in some places film grain is still visible throughout.

Despite some minor short comings it’s still a colourful and remarkable transfer. 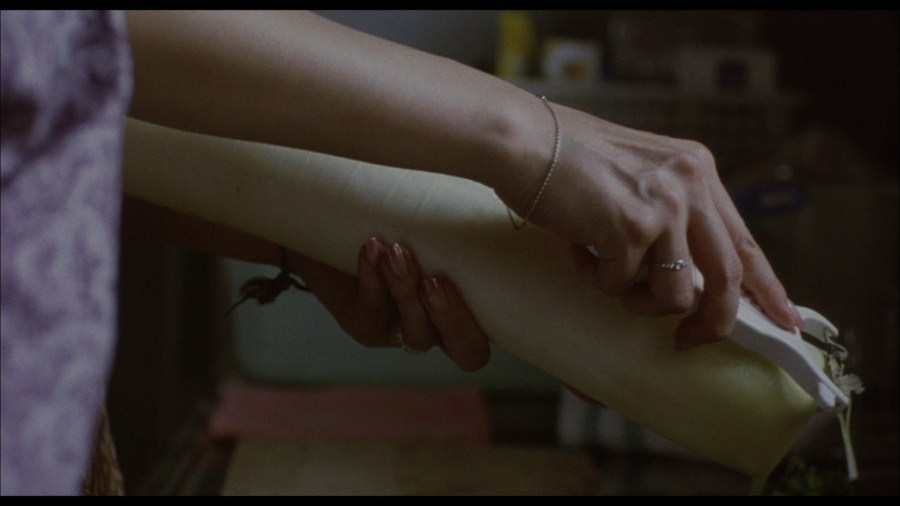 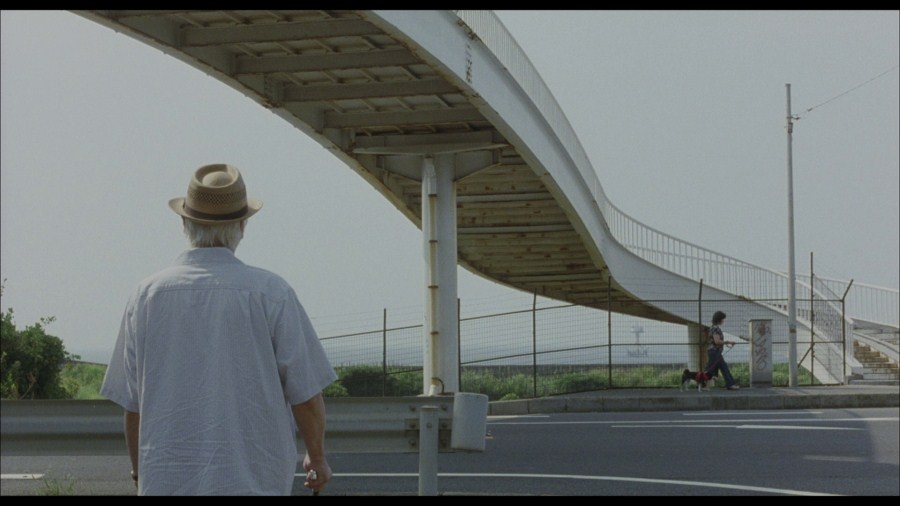 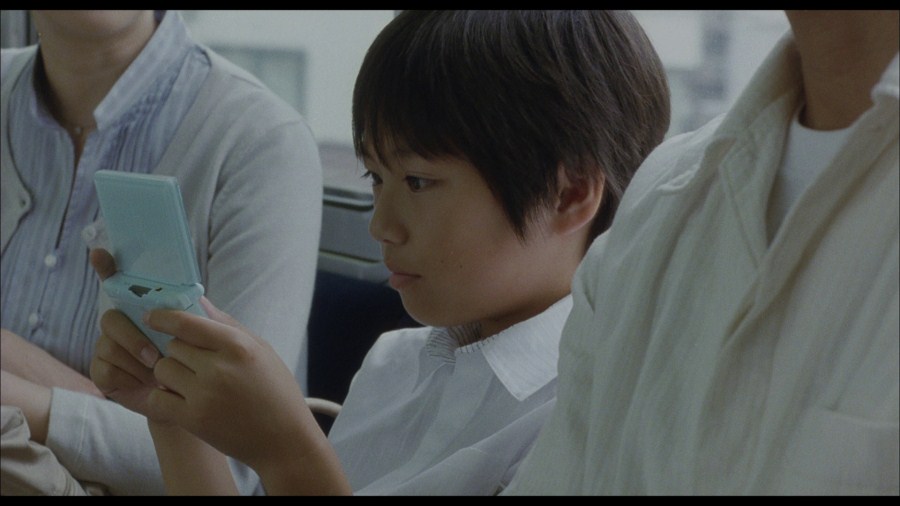 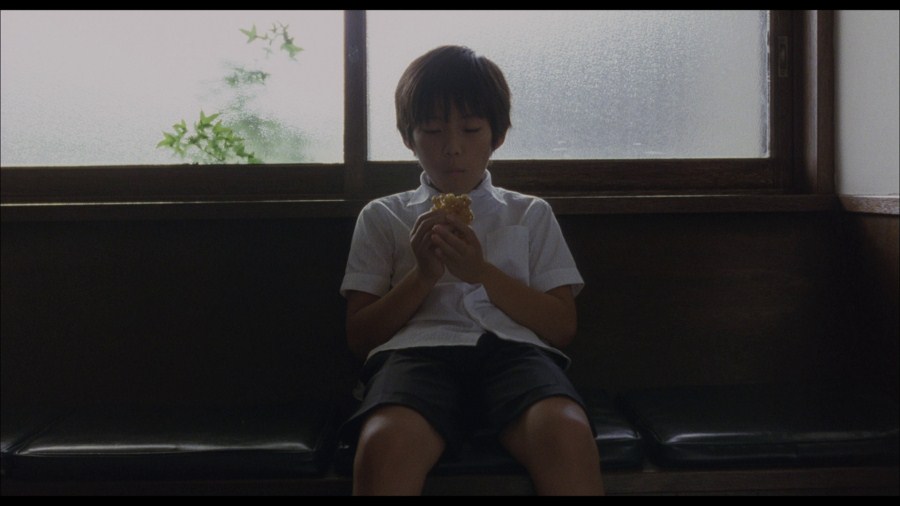 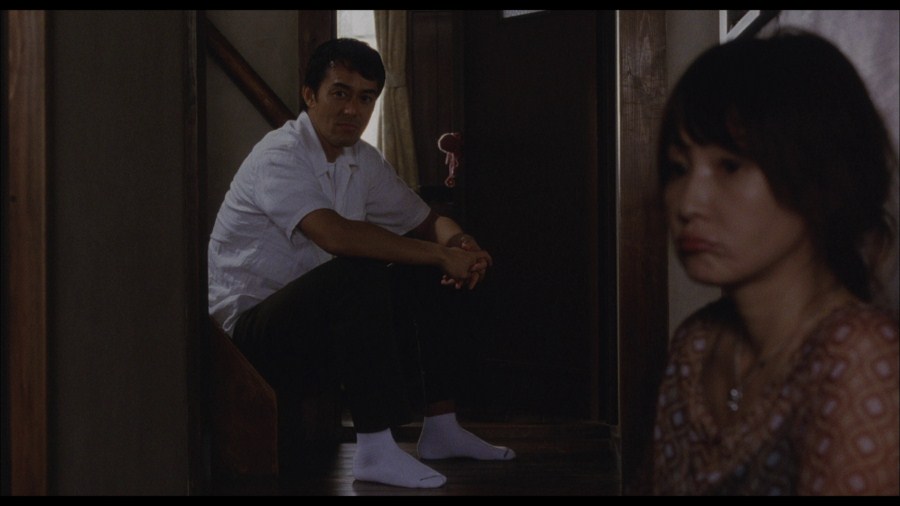 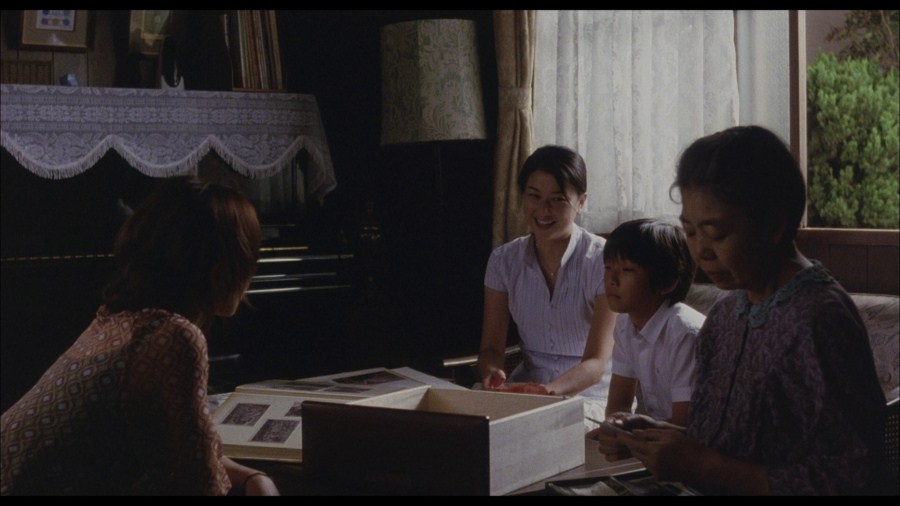 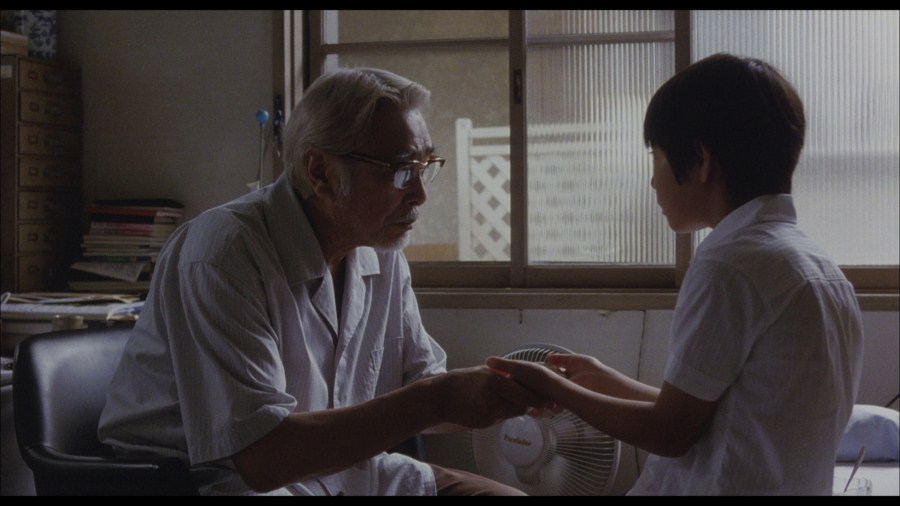 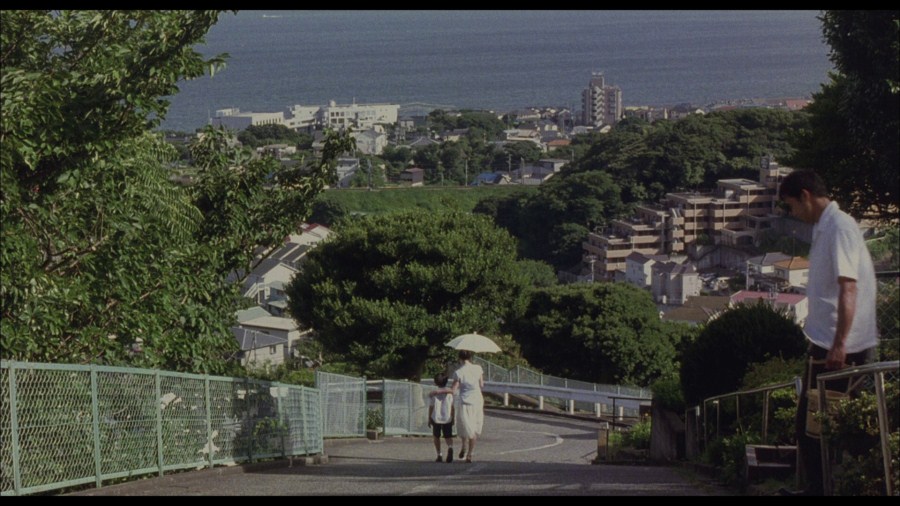 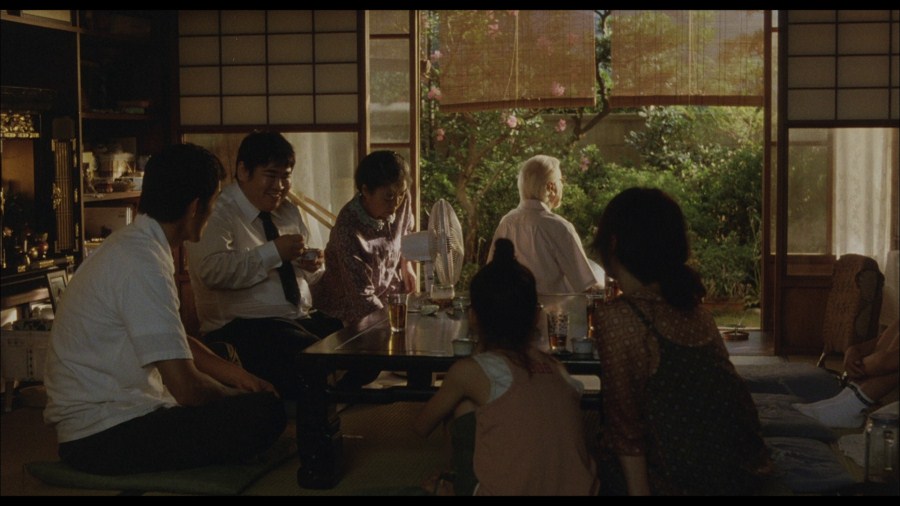 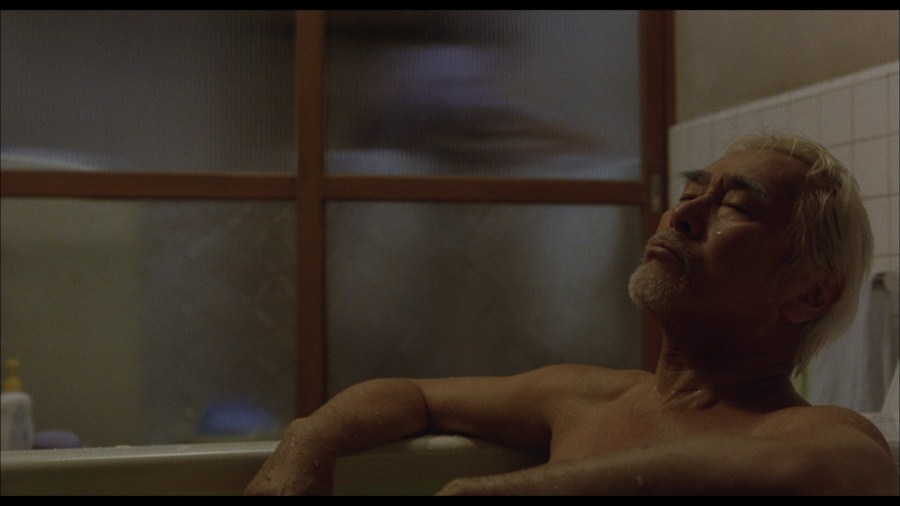 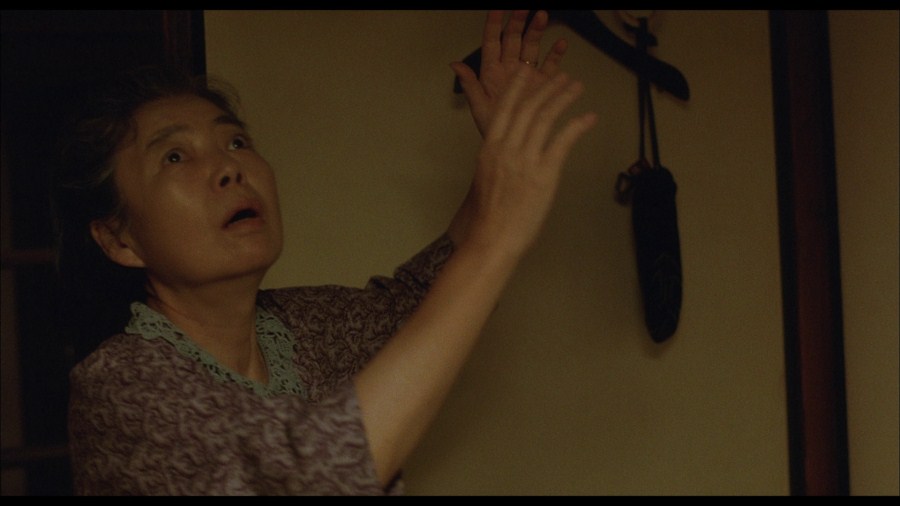 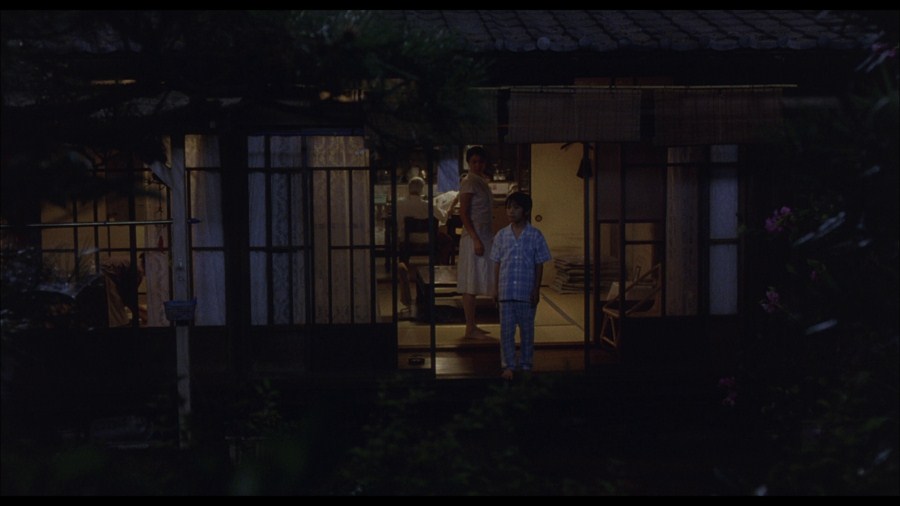 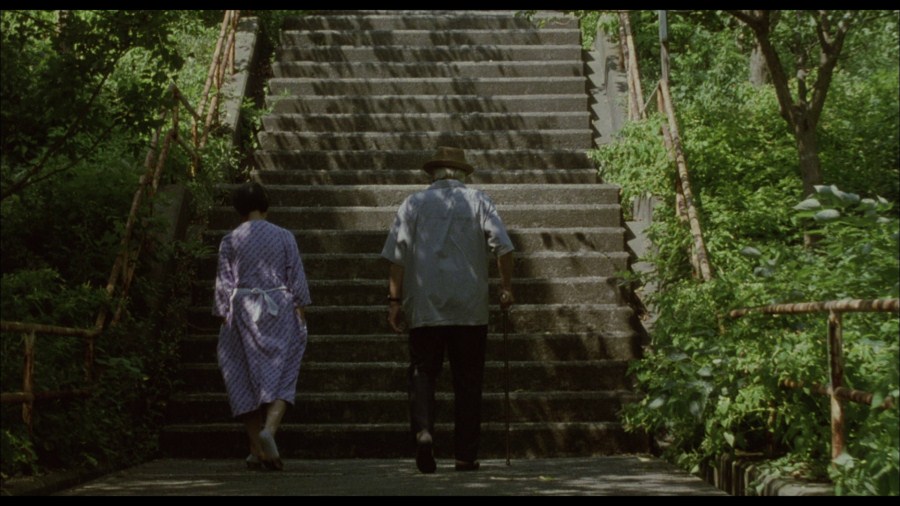 Criterion provides a lossless DTS-HD MA 2.0 surround track which is far more active and robust than I was expecting. Despite Still Walking being a quiet movie the track makes great use of your system. The front speakers of course receive the most attention, with dialogue, clear and articulate, sticking primarily to these speakers. Music sounds fantastic, with great volume and range, filling the environment through all of the speakers, and the use of background sound effects is clever and effective, moving appropriately and naturally between the fronts and backs.

Sharp and crystal clear it’s the best surprise I had out of this release. An incredibly effective presentation.

The supplements are the most disappointing aspect of this release, totaling not even 70-minutes, counting the trailer.

First is an interview with Hirokazu Kore-eda, running 25-minutes. It’s an enlightening interview with the director as he talks about the development of the film and the more personal aspects. While he talks about early versions of the story, the family values present in the film, and the general shoot, the most interesting part of the interview is when he talks about the more personal elements found within the film, specifically his mother, comparing the mother in the film to her. He also talks about the comparisons people have made between him and Ozu, which he feels isn’t entirely valid (if I understood him correctly he feels closer to Naruse than Ozu) and he also briefly mentions how he would have filmed the ending now.

The next interview is with director of photography Yutaka Yamazaki. At a brief 13-minutes he talks first about his early career and work in documentaries all the way up to first working with Kore-eda. In the last section of the interview he talks about working on Still Walking and goes over some of the shots. Unfortunately short but it’s still an interesting interview.

Criterion next includes a making-of entitled Making “Still Walking”, running 29-minutes. Shot in standard definition (so it doesn’t look pretty) it presents some behind-the-scenes footage of the shoot, including a few of the sequences around the table, footage of cast and crew practicing some for the recipes of the meals cooked in the film, meetings, interviews, and more, and it offers a look into Kore-eda’s process. It also gives an idea of the environment on the set, which seemed to be fun and friendly. The most amusing moment: Kore-eda hinting to cast members his name is a stage name, leading them to try to figure out if he’s lying or not. Though it doesn’t offer anything truly surprising it’ still a fun piece and worth viewing.

The disc then concludes with the IFC theatrical trailer.

The accompanying booklet then comes with a decent essay on the film and Kore-eda by Dennis Lim. But the most intriguing inclusion in the booklet are four recipes for the food prepared in the film, which includes Kinpira Daikon, Corn Tempura, Pork Belly Kakura, and Rice with Edamame and Myoga Ginger. According to the note in the booklet these recipes are based on the director’s mother’s recipes. While I haven’t tried them they don’t look overly complicated (but then I’m not a real wiz in the kitchen.)

The supplements are good, and the recipes are a cool touch, but it’s a disappointingly slim selection.

The film looks and sounds good on this Blu-ray, better than I would have expected on both counts, but the slim selection of supplements and higher price really makes it hard to give this release an enthusiastic recommendation and make the edition feel a little underwhelming. 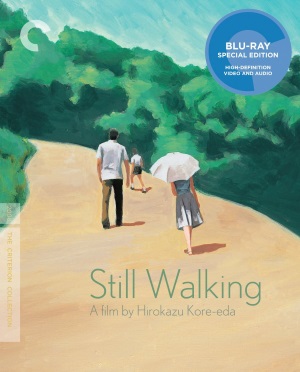