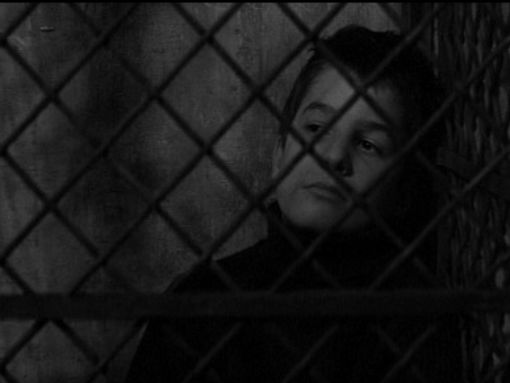 Released in 1959, Francois Truffaut's first feature, The 400 Blows [Les Quatre cents coups], is also his most personal, based on his own stormy childhood. The 400 Blows unsentimentally portrays aloof parents, oppressive teachers, petty crime, and a friendship that would last a lifetime. The film marks Truffaut's passage from leading critic of the French New Wave to his emergence as one of Europe's most brilliant auteurs

Criterion's original out-of-print DVD release of The 400 Blows, a port of their laserdisc, is presented in the aspect ratio of 2.35:1 on this single-layer disc. The image hasn't been enhanced for widescreen televisions.

It's obvious how far Criterion has come when you compare this 1998 DVD to the 2009 Blu-ray release. The Blu-ray transfer is absolutely wonderful. The transfer found on this long out-of-print DVD is quite problematic presenting plenty of artifacts. Edge-enhancement and jagged edges also rear their ugly head, and contrast is way too dark.

Restoration has been done, as shown by the DVD's included 'restoration demonstration', though the film has received more extensive work with Criterion's newer releases (the Blu-ray is almost flawless in comparison.) This one still has plenty of marks and debris raining through, along with jumps in the frames.

In the end it's a rather bland, joyless looking transfer, vastly improved on with Criterion's DVD re-release and incredible Blu-ray. 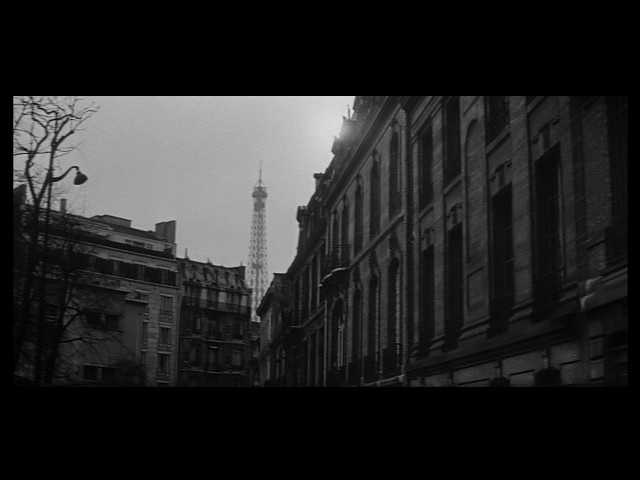 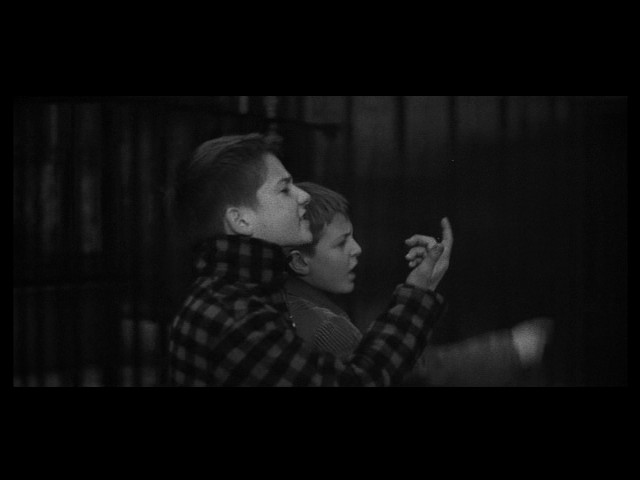 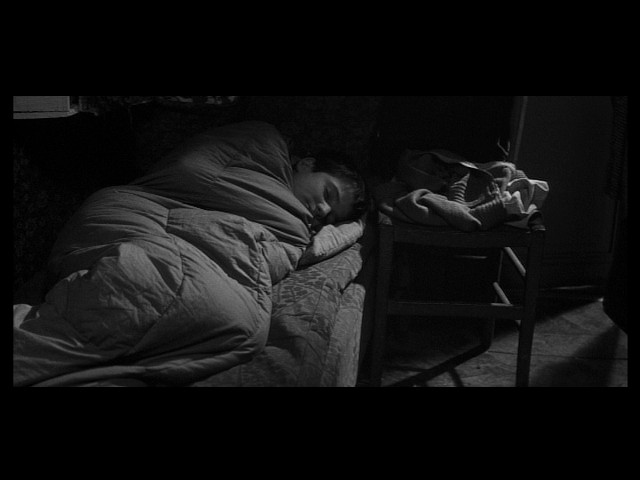 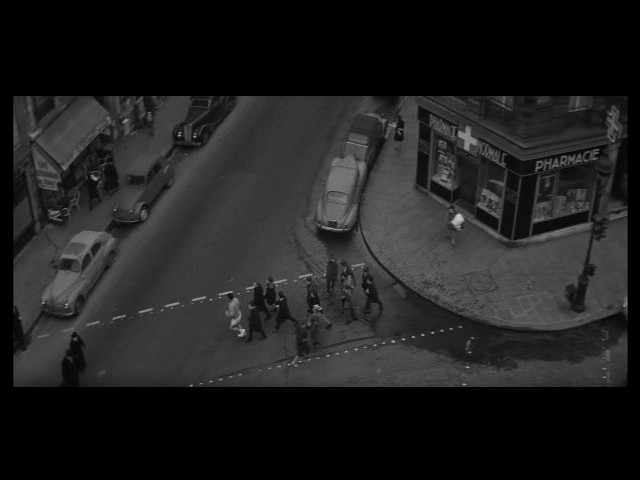 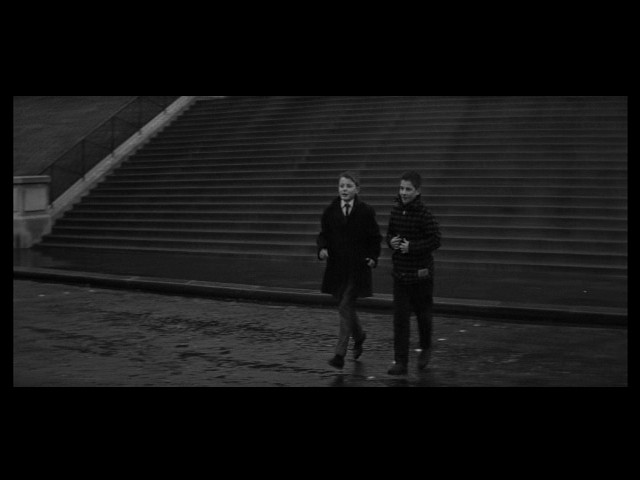 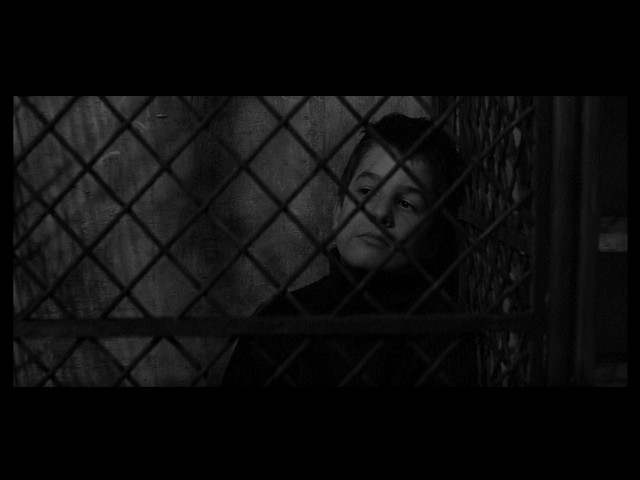 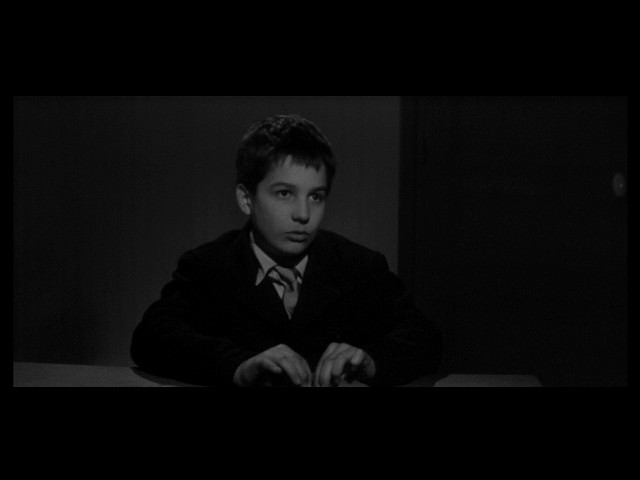 I can't say the audio has improved all that much from edition to edition. This one is a little harsher edgier than the newer releases on DVD and Blu-ray. Criterion's included audio restoration showcases the job they've done on the film's soundtrack and it's still an improvement, with much of the damage having been successfully removes. Still, it's a weak, sort of bland track.

One of their earlier releases, a port of their laserdisc, it comes with a handful of supplements.

The two commentaries are the sole real features. The first one is by Brian Stronehill, which is the same commentary that has appeared on all of Criterion's releases. It's a decent track, offering a subtle analysis of the film, covering its production history, and gives a history on Truffaut's career as a critic and then filmmaker. He also has quotes from Truffaut's friends and peers translated for the track. It's a decent scholarly track and I'm still happy it's managed to make its way through all of Criterion's releases.

The second commentary features Robert Lachenay and Marcel Moussy. Lachenay is/was Truffaut's good friend, and Moussy was a co-writer on the film. The track is in French but it looks as though it never occurred to Criterion to include subtitles for it, so on most it will be lost. Another unfortunate thing is that this track is not the French track carried over to future releases from Criterion, instead they used another audio commentary featuring only Robert Lachenay, which had subtitles. My French isn't great so I was only able to gather little bits. Moussy talks about his work with Truffaut and I believe there's talk about Truffaut's work as a film critic. There's also some talk about the film's of the new wave. Someone can be heard faintly in the background asking him questions, so it sounds like a sort of interview. He takes up the first half of the track. The second half features Lachenay, and he talks about his friendship with Truffaut and the influences from his life that appear in the film. I'm not sure why this commentary wasn't carried over, as the track's introduction seems to state, in French, these were recorded for the Criterion release so I can't see licencing issues being the reason. It's a shame because I would have loved to have had a full English translation to it. Unfortunately I can't offer more on it, but someone who understands French a little better than me may get a lot out of this track. From what I could gather it sounded like a promising track.

Criterion also includes their restoration demonstrations. This one includes two, one for the video and one for the audio. The video one is your usual montage of before and after sequences, displaying the many cuts, slices, and bits of debris that have been removed. The audio restoration is similar but compares the audio in before and after sequences.

Then you get some fairly standard supplements such as a theatrical trailer declaring the latest masterpiece. You also get an insert with a very short essay by Annette Insdorf. Not really thorough but a nice read.

I thought it was a nice release at the time, though the newer DVD and Blu-ray most certainly better it.

This was the first DVD Criterion had to discontinue after losing the rights to Fox Lorber (who in turn released their own subpar DVD.) Criterion eventually regained the rights and released a better DVD (available on its own or in the Adventures of Antoine Doinel box set) with a better transfer and better supplements. They also released a Blu-ray edition featuring the best transfer of the film yet. The only real reason to consider this release is the French commentary (with no English subtitles mind you,) which has not been carried over to the other releases. There's no point otherwise. 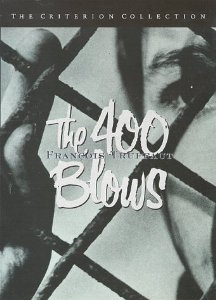