GaryC wrote: ↑
Wed Jul 19, 2017 2:57 pm
Mubi UK are currently streaming an HD version of Sandra (Vaghe stelle dell'orsa..., or Of a Thousand Delights as it was called on its UK cinema release in 1965). This version has English audio, rather oddly. It's available until 16 August.

Is it because I'm trying to access to Mubi via France : I can see "Sanda"'s web page but no trailer at all ? and got the message regarding "Sandra" "this film is not currently playing on MUBI but 30 other great films are. See what’s NOW SHOWING"

I would like to try this web site just for this movie; I have the Blu-Ray Spanish bootleg which is a shame in terms of picture quality (the V.Zurlini on Blu-Ray "La Fille à La Valise" was at least a fair HDTV transfer)
how is the picture quality of this HD version (is it 720 or 1080 ?) of Sandra ? - do you think that it's based on the recent Bologna restoration ?
is this streaming only or can we download it ?

Mubi (UK) showed Sandra a year ago and it was for the standard thirty days, sorry. Picture quality looked fine on my TV, as I remember, but I couldn't say what the resolution was except that Mubi can stream in 1080.

At least there is a HD master out there. Now for someone to licence it for a Blu-ray release.
Top

Rocco and His Brothers looks gorgeous in its new Milestone BluRay incarnation -- but I must say I found Rocco unbelievably stupid (as opposed to being "saintly") and the Mother fairly loathsome. Lots to admire in the film visually -- but dramatically it was pretty much a fail for me.
Top

Interesting to see Visconti, in 1961, testing Sophia Loren for a film they ultimately never made -- The Nun of Monza. Loren apparently had second thoughts about playing a killer-nun and dropped out, halting this production of the oft-filmed story.

Director Carmine Gallone ended up doing his own version, released in 1962, with Giovanna Ralli in the lead. And Visconti's nephew Eriprando directed another one in 1969, starring British actress Anne Heywood as the wayward nun.

Visconti's take on nunsploitation might have been a classic or a hoot (or something in between), but Loren certainly looked unhappy -- like she didn't want anything to do with it, from the start. 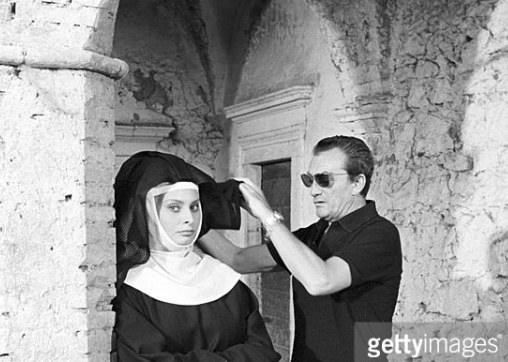 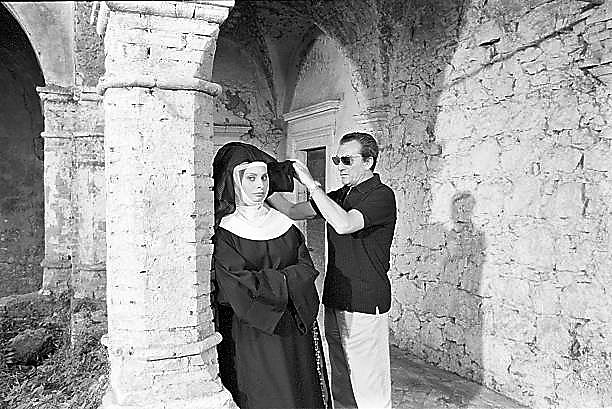 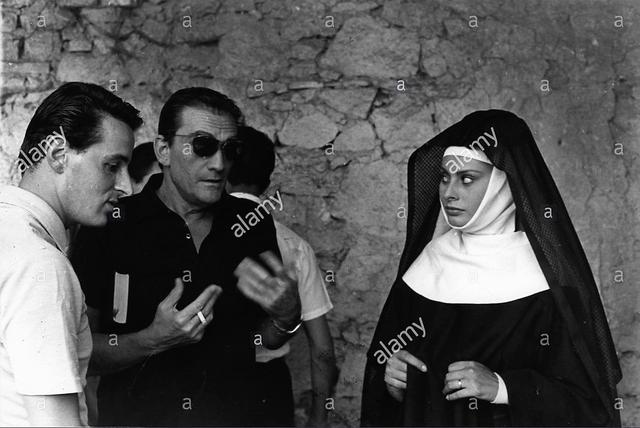 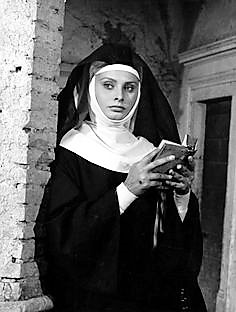 He should have cast Helmut.
Top

Film Movement has detailed its upcoming Blu-ray release of Luchino Visconti's L'Innocente a.k.a. The Innocent (1976), starring Giancarlo Giannini, Laura Antonelli, Jennifer O'Neill, Rina Morelli, and Massimo Girotti. The release will be available for purchase on July 14.

There is in the UK
Top

A good Italian site on Visconti. Site is up for sale, so may not be available forever:
http://www.luchinovisconti.net/
Top

Has anyone ever heard of any filmed recordings of the theatrical or operatic productions Visconti directed? I've never read of any, but it's the sort of thing that could easily exist in some archive somewhere. It's sort of a fantasy of mine to see, given the ephemerality of theater and also the importance he places on performance in his films (especially in the glorious opening of Senso, but also the masquerades in Ludwig, or even the boxing in Rocco). The apparent artifice of those productions in his movies always seems to me to be some kind of reflection or refraction of the aestheticization he applies to the world.

An even wilder fantasy of mine is to imagine that he could have made a film with Maria Callas, who he directed at least twice at La Scala. Her role in Pasolini's Medea is so magnificent, in my opinion, that it makes me almost angry that we'll never get to see what Visconti did with her. I don't think I'll ever forgive him for not making a film with her!
Top
Post Reply
210 posts