The Best Books About Film

Orson Kane wrote: ↑
Sun May 24, 2020 7:45 pm
I'd like to learn more about cult cinema from an East Asian perspective (South Korea, Japan, Thailand, Hong Kong) with a mix of horror, thriller, comedy, action and SF and other genre films.

Any books that are worthwhile? Need something beyond "Oldboy" and "Hard Boiled"

I’m seeking a book about the holllywood studio system and the difference in styles, stars, and reputation among each studio. I know Warner Bros was known for gangster flicks and had Bogey and Cagney. I basically want to learn about that type of thing for all the studios. I’d imagine with the studios having actors and directors under contract each had a well defined brand and seeing an “MGM” film meant something in and of itself as well as in contrast to a Warners or Paramount film.

After a quick search Ethan Mordden’s “The Hollywood Studios: House Style in the Golden Age of Cinema” not only comes closest to delivering on what I’m looking for but seems like it should hit the nail square on the head.

What other books cover this same ground?
Has anyone read Mordden’s effort and have an opinion?
Top

I have the Mordden book and it's pretty terrific. I sought it out for exactly that reason and it really gives you all of information you would need to have a clear idea of each studio's style and management philosophy, major directors and stars, favoured genres, etc. A pretty good run down of important or representative films throughout the text as well. A chapter includes also the smaller studios and the independents. You can't be disappointed.

Jewell's The Golden Age of Cinema: Hollywood 1929-1945 and Casper's companion tome Postwar Hollywood: 1946-1962 are much broader in scope but they both include information that can add to the picture, including how the different studios evolved success-wise.
Top

I haven't read the Mordden, but would highly recommend Thomas Schatz's "The Genius of the System" - it doesn't cover all the studios (IIRC, Universal, Warners, MGM and Selznick) but those it does are done in some detail. For a brief overview of all (again, IIRC - my copies of both books are at my parents' house) the majors (and the little 3) the BFI Cinema Book manages to squeeze a lot in a very concise several pages.
Top

I love this kind of stuff and this reminds me that using those books and other sources, I created this 78-page document about exactly this thing you're interested in, mostly point-form, with cool pictures! I did a pretty good job if I say so myself.

I just recovered the Word document, transferred to pdf, and uploaded it HERE for free for those interested. (Regarding studios' modern-day developments, I stopped updating this around 2011 or so as you'll notice.)
Top

I'll second the Schatz; it leans more toward business than style, but business of course had an effect on style, which is underlined by Schatz's central premise that producers were at least as important to the era's glories as auterist directors. Excellent and thorough book, and somehow not the least bit boring despite the frequent recourse to balance sheets.

There's also the UC Press History of American Cinema series, which mostly go by decade and are excellent, from what I've read and picked through. They aren't studio specific, but they do a great job of laying out the general trends in the industry and the interplay amongst studios, as well as between the industry and the culture at large.

Rayon Vert wrote: ↑
Sat Jun 27, 2020 6:08 pm
I love this kind of stuff and this reminds me that using those books and other sources, I created this 78-page document about exactly this thing you're interested in, mostly point-form, with cool pictures! I did a pretty good job if I say so myself.

I just recovered the Word document, transferred to pdf, and uploaded it HERE for free for those interested. (Regarding studios' modern-day developments, I stopped updating this around 2011 or so as you'll notice.)

Wow, that's a fantastic resource, RV. The only thing it's missing is a bibliography!
Top

Yeah I'm sorry. I just "wrote" it (sometimes directly lifted stuff word for word) for myself when I started a deep dive in classic Hollywood, and as a way of organizing the most interesting info in a more coherent and summarized way - Mordden, the other two books I mentioned earlier, the Neal Gabler book An Empire of Their Own, Wikipedia and other stuff online is what I remember I used mostly.
Top

Didn't intend that to be a criticism! But the suggestions are definitely welcome—I see the Gabler book used all the time, so I'll have to finally pick it up, and hunt down the other three.
Top

Has anyone read The Hollywood Film Musical by Barry Keith Grant? I’ve got Altman and Feuer’s books and this seems to be the *other book on musicals I can find that is somewhat popular, but don’t believe it’s been mentioned here
Top

I haven’t read it, but like Altman, Keith’s output is focused on questions of genre, so I imagine it’s in the same wheelhouse
Top

Haven't read the Barry Keith Grant, but if you're generally looking for books on musicals I really liked A Song in the Dark: The Birth of the Musical Film by Richard Barrios, if you want to go super deep on the least liked era of american film musicals.
Top

Has anybody read Fergus Daly and Garin Dowd's book on Leos Carax?

It seems to be the only one out there on him exclusively, and sounds interesting, but pretty hushed conversation on the internet.
Top

Orson Kane wrote: ↑
Sun May 24, 2020 7:45 pm
I'd like to learn more about cult cinema from an East Asian perspective (South Korea, Japan, Thailand, Hong Kong) with a mix of horror, thriller, comedy, action and SF and other genre films.

Any books that are worthwhile? Need something beyond "Oldboy" and "Hard Boiled"

Apparently David Bordwell’s Planet Hong Kong is quite good too.

This has always been a very controversial stance of mine, for some reason, but the books by Thomas and Yuko Mihara Weisser––Asian Cult Cinema (on Hong Kong films) and the three volumes of their Japanese Cinema Encyclopedia (the generalized edition, the Sci-fi, Fantasy & Horror edition, and the Sex Films edition) are better at cataloging the real cult material from Hong Kong and Japan. The other books present a more straightforward overview, but the capsule review structure of the Weisser books, if you can read through it, provides tons of interesting avenues of cult film to pursue. There are movies in there so rare I still have never been able to track them down, like "I Hear the Whisper of the Ammonite," and "I Never Had a Flying Dream." And you get to discover films like Beauty Evil Rose. The books are out of print now, but cheap enough to be cover price used on Amazon.

As far as Hong Kong, my go-to was always Sex and Zen and A Bullet in the Head: The Essential Guide to Hong Kong's Mind-bending Films, by Stefan Hammond and Mike Wilkins. Very focused on 80s and 90s films (with a small section on Shaw Bros.), and it was published before the HK handover, so it mostly leaves out Johnnie To, and the later career of Tsui Hark, but very straightforward and a good intro to the sort of meat of the various genres of HK New Wave movies. They also have a lot of fun with it, including bio cutouts and a nice section collecting hundreds of mangled subtitles from HK movies and explaining a bit of how the English titles end up so distorted.

For Japanese movies from a Japanese perspective, offering theory and interpretation, Currents in Japanese Cinema, by Tadao Sato, seems to me to be a pretty important book. Sadly, it looks like the cheapest copy on Amazon right now is $280. That is crazy! Of course, Amazon insists the book was published back in 1873, so maybe the prices are typos, too?

Patrick Macias' Tokyoscope was a good book on Japanese cult cinema, with a very particular slant; Macias liked and really emphasized Toei films, Kinji Fukasaku, and Takashi Miike. He hardly touched on Nikkatsu movies, and he specifically didn't like Seijun Suzuki, so there wasn't much of them (I can't recall if he wrote about the Stray Cat Rock movies or not, though he did write up some of the grungy Toei girl biker movies). I don't think he wrote much about Hideo Gosha, either. The Toei yakuza movies get the deepest profile in the book. After the book came out, Macias came to the screening a group I was with held of Suzuki's Taisho Trilogy, and he told me in conversation that the films were really changing his perspective on Suzuki for the better. But the book was over and done with by that time. Nonetheless, it's a cool book.

For a lot of later Japanese film, like the indie pictures of the 80s and 90s, The Midnight Eye Guide to New Japanese Film is a nice book, with a mix of filmmaker profiles, interviews, genre overviews, and capsule reviews. It has a lot of different material, including different interviews, from what used to be available on the Midnight Eye website.
Top

Almost surely not one of the best books about film, but nevertheless 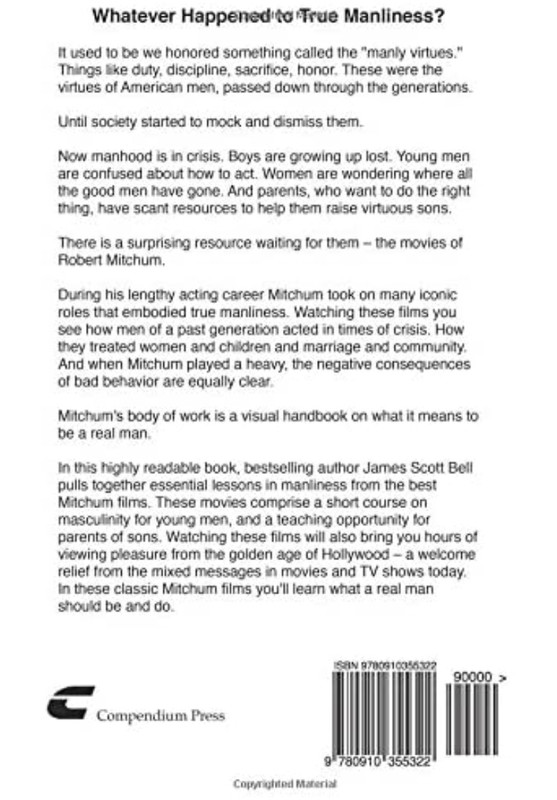 Ah yes, who could forget the famously unmixed messages of Out of the Past, and the brave and noble characters in Secret Ceremony?
Top

The Night of the Hunter is about a religious, decent man, who wants to find a family and help a single mother raise her tempestuous children. A fine example for men, and a portrait of now-forgotten chivalry. Mandatory viewing for children who want to know what it means to be a man.
Top

The book's methods work! My son is just seven years old and is already well on his way to becoming an insolent, sardonic, narrow-eyed loner. He learned a thing or two about persistence from Max Cady in Cape Fear.
Top

Has anyone read Jeanine Basinger's The Movie Musical!? I'm working my way through A Song in the Dark, Richard Barrios's book about very early musicals, and I think I've got the genre bug again. (I've already read and thoroughly enjoyed the Altman book.)
Top
Post Reply
1144 posts