Discuss DVDs and Blu-rays released by Criterion and the films on them. If it's got a spine number, it's in here. Threads may contain spoilers.
Post Reply
24 posts • Page 1 of 1
Message
Author 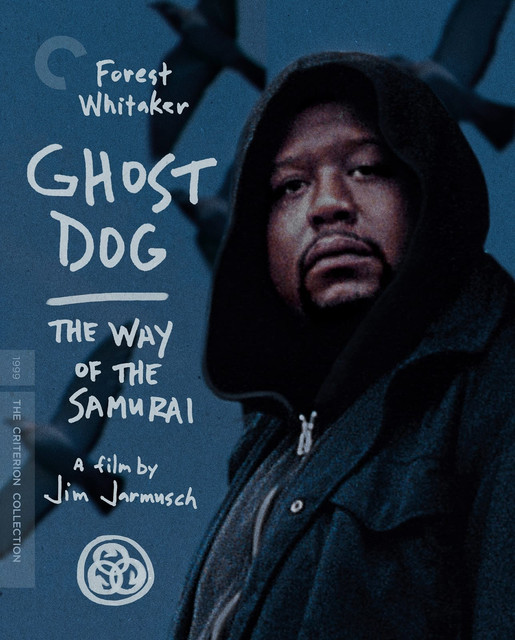 DIRECTOR-APPROVED SPECIAL EDITION FEATURES PLUS: An essay by critic Greg Tate and quotations from Hagakure: The Book of the Samurai, by the early-eighteenth-century monk Yamamoto Tsunetomo
Top

Forthcoming: Ghost Dog: The Way of the Samurai

Following earlier word from Jarmusch himself, Criterion has put out a request for questions for Jarmusch for this release.
Top

Forthcoming: Ghost Dog: The Way Of The Samurai

Criterion is asking for fan-submitted questions to be answered by Jim Jarmusch on an upcoming release of Ghost Dog: The Way Of The Samurai. The release will be sourced from a 4K restoration of the film.
Top

Re: Forthcoming: Ghost Dog: The Way Of The Samurai

Is it just me, or are there now three different threads for this? Also how are non-mods starting threads?
Top

Re: Forthcoming: Ghost Dog: The Way Of The Samurai

It seems as though swo, soundchaser (in the Speculation thread), Ribs, and I all posted the same info within 4 minutes of each other. I don't remember a time when non-mods couldn't start threads, though I'm a relatively new user
Top

While swo was clearly the victor, I wanted to respect the history of the losers by moving the other posts to this thread and keeping them standing as monuments to the Great Ghost Dog Thread War of 2020.
Top

In the immortal words of Henry Silva: “Ghost... Dog?”
Top

therewillbeblus wrote: ↑
Thu Jun 25, 2020 9:21 pm
Thanks, yeah I tried to veer away from a threadsplit with an awful pun to tie us back to the less-awful film

Sorry if this has been covered elsewhere but will it be licensed from LionsGate or someone else?
Top

flyonthewall2983 wrote: ↑
Mon Jun 29, 2020 1:13 pm
Sorry if this has been covered elsewhere but will it be licensed from LionsGate or someone else?

I believe the rights reverted back to Jarmusch/his company and they're most likely licensing to Criterion/Janus similar to what they did when that happened with Dead Man.
Top

flyonthewall2983 wrote: ↑
Mon Jun 29, 2020 1:13 pm
Sorry if this has been covered elsewhere but will it be licensed from LionsGate or someone else?

I believe the rights reverted back to Jarmusch/his company and they're most likely licensing to Criterion/Janus similar to what they did when that happened with Dead Man.

Jarmusch has stated publicly that as the rights to his films revert back to him, he intends to give Criterion first dibs at re-releasing them on home video (I saw him at an event this past February in which he said as much, proclaiming his appreciation for the label).
Top

The "quotations from Hagakure: The Book of the Samurai, by the early-eighteenth-century monk Yamamoto Tsunetomo" is a fun inclusion
Top

Really enjoyed revisiting this one via the Blu-ray. Hadn't seen it since college but I think it's definitely my favorite Jarmusch upon rewatch (though I like him far less than many here). Great example of slow and deliberate pacing working perfectly. Never noticed before that the flashback origin story for Ghost Dog's service is hinged on
SpoilerShow
Different Rashomon memories of who the guy beating him up is aiming his gun at-- perfect
I enjoyed the casting director monologue (presumably recorded remotely) too wherein I learned there is a large Venn diagram overlap between the cast of this movie and Casino
Top

Coincidentally I also watched my copy of this tonight, and while I generally love Jarmusch, I liked this a lot more than my last revisit a few years back. I loved the film in my youth (I remember seeing Le Samourai in college and doing more than a few double takes!) and it's fun watching Jarmusch adapt so many ideas to his contemplative, yet playful, style (the way Ghost Dog swings his silenced pistol around like a samurai sword is an endearing expression solely placed for our childlike amusement, after what could have been very serious scenes in a different film).

Alongside its supremely entertaining narrative, Jarmusch draws his eye toward an ironic world across a spectrum of tones. There are hilarious caustic details in the mobsters' silly behaviors contrasting Ghost Dog’s mindful gravity, but also within his character as his commitment to morality clashes with socially-condemned immoral behavior. Instead of focusing on moral relativism, Jarmusch moves into a transcendental place of humanism, where the theme of respect and honor can stand the test of time, regardless of the time-shift into the “new age” the gangsters spout about. It’s heartening to think that if just one person out there is able to prioritize these treasured old-school values, that the world can be a "better" place. Better being in the eye of the beholder of course, not objectively speaking.

Enjoying an ice cream alone as a form of meditation, and connecting with another good-natured person on the bench through emotionally-resonant literature, are two very different poetic expressions of optimistic sensitivities to corporeal opportunities, in step with Jarmusch’s own approach to life. The focus on nonverbal communication as an equitable tool to form close friendships is also an anti-western concept that resonates on a spiritual level. This is a film that recycles old artistic ideas (from specific nods to films beyond just the Melville and classic man-against-mob arcs, to the recylclable essence of postmodern rap music on the soundtrack) and creates something wholly unique out of them, using the possibilities of cinema to signify the limitless possibilities in life that we restrict ourselves from due to rigid cultural values. So does Ghost Dog to an extent, but perhaps if we bridged ourselves over with uncompromising curiosity toward his mentality, we’d have a more expansive toolbox with which to face the world on sober terms. Since Ghost Dog's principles are founded in an inflexible way of life, this is less of a call to adhere to any one more than the other, but instead understands that true curiosity involves the willingness to part from our own "way" for a moment to become interested in another's, which can be safely done through the medium of cinema. Through the nonpartisan welcoming of all practices, Jarmusch also acknowledges the worth of conservatism with careful consideration, without adopting it with blindness.

This is surely one of the most digestible eclectic assortments of genres, ideas, and moods; a spiritual-action film, ironically about two groups with their own stiff rules thankfully shot from a position of neutral interest.


domino harvey wrote: ↑
Mon Nov 23, 2020 9:28 pm
Never noticed before that the flashback origin story for Ghost Dog's service is hinged on
SpoilerShow
Different Rashomon memories of who the guy beating him up is aiming his gun at-- perfect

I think this is integral to the film's theme of alternative perspectives having equal value because they help shape equal human beings' motives and personal truths, again using the omniscient medium of film to show us both and appreciate all.
Top

I also just finished watching this. Which was a blind buy for me. I loved it. therewillbeblus, right on with your observations. Jarmusch does a masterful job in combining different flavors and ideas with a finesse that I don't see too many directors sharing in that ability. I need to watch the extras. And then a rewatch of the film. I have a feeling it's a film where you pick up new things with each viewing

oh, and Forest Whitaker was amazing. Don't know if he won any awards that season but deserved nominations
Top

I don't remember when Jarmusch made the statement, but I believe he wrote the character specifically for Whitaker to the point where the entire film hinged on his casting. It makes complete sense given Whitaker's very specific energy that is at once inviting and impenetrable, carrying an array of tones in his unpredictably dynamic internalized facial expressions alone, where a smile and innocent eyes can signify peace and also double for ferocity.

As far as 'picking up new things'
SpoilerShow
I always got the Branded to Kill bird-on-sniper ode, but Ghost Dog's earlier response to the bird in the trees was too reminiscent of Flowers of St. Francis to be a coincidence, especially when a shade of Ghost Dog's personality resembles Francis of Assisi's own attitude
Top

I did not see the bonus so far. The transfer was a nice improvement. I was thinking of course of le Samourai by Jean-Pierre Melville for the white gloves; but did Jim Jarmush also mention "On The Waterfront" ?
Top

At the end of Jarmusch's Q&A from fan questions, he mentioned how much he loves the Criterion Collection and happy he is when the rights to his films return to him so he can give them to Criterion. I wonder why he doesn't make deals like Wes Anderson instead of waiting many years for the rights to end to get them back
Top

Yeah. I guess I'll have to wait at least another 10 years for a Criterion of Paterson