zedz wrote: ↑
Sun Nov 27, 2016 6:39 pm
His debut film, Les Abysses from 1963, was the only film I'd previously heard of, and I was intrigued by its obnoxious release history. The film was rejected by Cannes, so Papatakis got a bunch of his famous mates (Genet, Sartre, de Beauvoir et al.) to lobby the government with over-the-top claims ("the greatest film I have ever seen!" etc.) so that Minister of Culture Andre Malraux imposed the film on the festival. Papatakis was relentlessly vocal in his work and interviews about the neccessity for revolutionary struggle, but it doesn't seem that those rules applied to himself!

The film was poorly received, and understandably so. Like the two that followed, Thanos and Despina and Gloria Mundi, it's formally impressive (great black and white photography, somewhat inventive editing, solid, flexible mise-en-scene), conceptually bold (with one and a half feet in the gratuitously provocative camp), and with performances pitched so far into hysteria that it's practically impossible to care about anything that the characters go through (ritual humiliation, torture, rape, murder - whatever, just shut these people up!) They're all interesting films, but they're so tonally overegged that watching them is something of a chore. For the record, the "paroxysmic" performances are absolutely intentional on Papatakis's part, but that doesn't make them any good!

While I am relieved to see you didn't like it, you are still far too kind to Les abysses. Since it appears it will soon be coming from Criterion, I can now state that, unbelievably, the Norman Mailer films will no longer be Criterion's worst release. Me calling this the worst film I've ever seen means nothing, as I'm sure I've said it too many times for anyone to believe me. But there's no doubt this is and (God willing) will forever be the most annoying movie I've ever seen. This is like 88 minutes of having two angry six year olds screeching into each ear, nonstop. I can not think of a worse time that I've ever had watching a movie. Beyond the grating nature of its very existence, the film is inept on every possible level-- I don't know how you can praise the cinematography here, given most of the film appears to have been filmed by holding a lamp directly off-camera pointed right at the actors. I also wish I lived in a world where that was my primary complaint for this film. I will never, ever watch another movie this "director" had his hand in, even if he came back from the grave and cast Amy Adams.
Top

That stark, high contrast look is - like the terrible acting - deliberate, though it's more unusual and effective in Thanos and Despina, which is largely shot outdoors. If you spare yourself the rest of his films, you're not missing much, though I personally don't think any of them are worse than Wild 90 (or Solo con tu pareja).
Top

I remember quite liking the Cuaron!I'm sure it doesn't rank amongst Criterion's worst
Top

Now here’s a weird footnote: while Zazie dans le métro beat it to the on-screen namecheck by a year and a half, Jack Cardiff’s 1962 My Geisha appears to at least be the first American film to directly reference the French New Wave by name— Shirley MacLaine tells Edward G Robinson that she’ll make Yves Montand “Eat his words with Nouvelle Vague sauce!” And that line tells you about how funny this movie is. 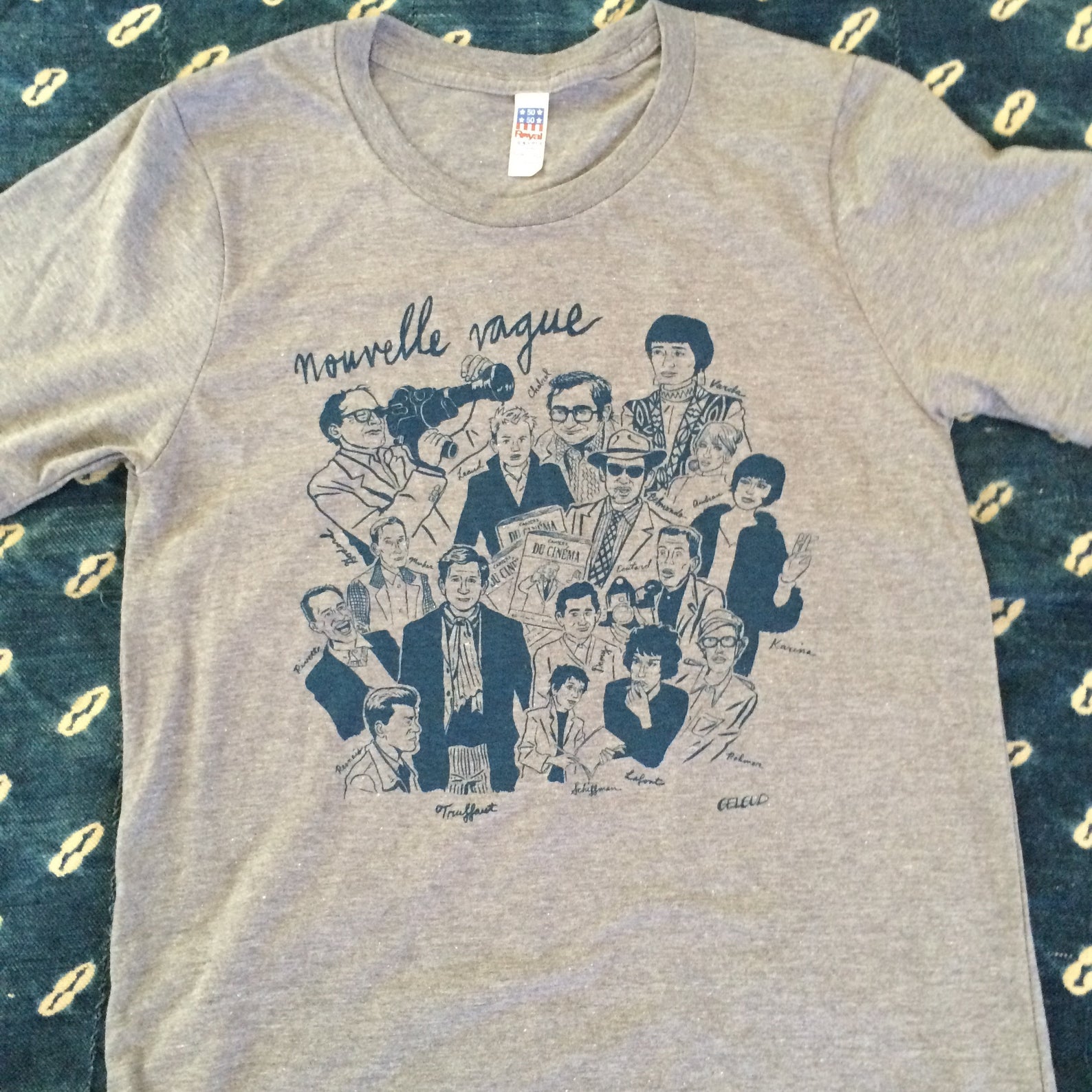 One of the (thankfully few!) remaining high profile unsubbed (and before it popped up on YouTube, uncirculating) NV films has received subs (thanks in part to my own hefty commission) on back channels, Marcel Hanoun's Le huitième jour!
Top

domino harvey wrote: ↑
Tue Jan 26, 2021 11:31 am
One of the (thankfully few!) remaining high profile unsubbed (and before it popped up on YouTube, uncirculating) NV films has received subs (thanks in part to my own hefty commission) on back channels, Marcel Hanoun's Le huitième jour!

And now Mocky’s Un couple, the biggest missing NV title remaining MIA, has finally been subbed on back channels. I’ve been in discussion with the subtitler for YEARS ushering this towards the finish line!
Top

domino harvey wrote: ↑
Tue Feb 16, 2021 7:14 pm
And now Mocky’s Un couple, the biggest missing NV title remaining MIA, has finally been subbed on back channels. I’ve been in discussion with the subtitler for YEARS ushering this towards the finish line!

I'm glad you're on top of these things. I was curious do have list of the MIA titles you've been tracking? One title I've been waiting on for awhile is Le rendez-vous de minuit (Roger Leenhardt) but I'm not sure if that's actually a Nouvelle Vague film or just a contemporary French film. Either way it's never popped up even without subtitles making my desire to see it greater.
Top

domino harvey wrote: ↑
Tue Feb 16, 2021 7:14 pm
And now Mocky’s Un couple, the biggest missing NV title remaining MIA, has finally been subbed on back channels. I’ve been in discussion with the subtitler for YEARS ushering this towards the finish line!

I liked Un couple, though it never really took off at delivering the promises that several sections initiated before fading out. From the first scene of the couple (arguably the best, since it executes a relatable concern of a relationship's 'plateau' period in the only possible authentic way- by the couple failing to communicate the feelings burdening each party without fumbling into projected scorn), the film takes interesting routes at exploring the complexities of being honest, reacting and responding inside and outside of a relationship, bound to the confines of a social order and frustrated to loosen up and find spark of novelty. Perhaps the aim is to demonstrate that these repetitive struggles to vocalize wants and needs are as banal and opaque as the process of one accessing their own desires under the facades of conventionality, but that still didn't make for a consistently involving film. The attempts at comedy spliced into the drama didn't always work and created an uneven sensation, though some lightening up is necessary given how depressing this material is in the end. It's a rather cynical film about our inabilities to express and receive information from others because that lack of insight starts with ourselves- only detecting that something is 'wrong' is a tragic state of psychological purgatory that bars intimacy or trust. The parts that worked really affected me- I only wish the rhythm was more fluid, but maybe repeat viewings will reveal this cadence to be a strength. After all, this seemed to be an intentional charge against typically-exaggerated melodramatic content, instead reflecting a soberly sincere observation of such behaviors as dry and mundane. The narrative formalism imitated the flow of hope as it lifted off the ground briefly between gravitational pulls back down to the desperate yet dejected moods.
Top

I was not very impressed with Un couple either, which too often slides into Mocky's love of vulgarity and brings no fresh insights in the process. Mocky balances these instincts better on either side of this film with Les dragueurs and Les vierges, but here they're tonally competing against the self-serious Important prattlings of Raymond Queneau's dreadful script and while the disconnect is amusing for a bit, the film cannot run on those fumes alone. Yet another overlooked film from the NV that was left behind for a reason
Top
Post Reply
61 posts