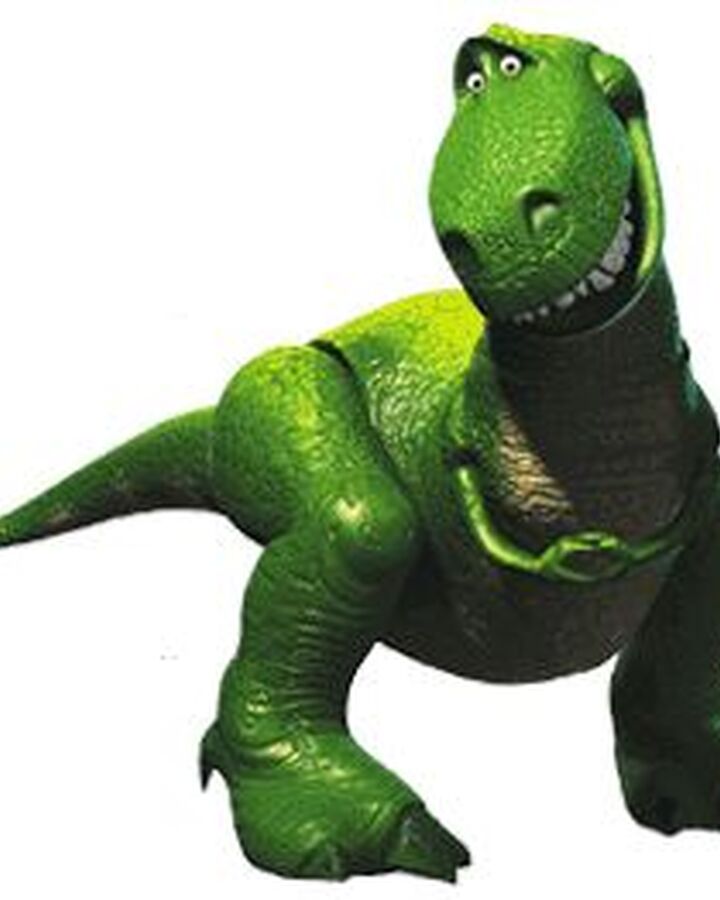 Shawn has the role of his political ideologue as the elder of the Marxist revolutionaries in Richard Kelly bonzo satire of Bush-era paranoia Southland Tales.
Top

If you had told me Sarah Michelle Gellar would be a more compelling part of Southland Tales than Shawn, I'd have thought you were crazy, but alas she manages to scrape away from the depths of zero on a 1-10 scale
Top

For a time in the late 80s, several friends and I would always go "it's the Masked Avenger" whenever we first saw Shawn in a film.
Top

That's the vibe I got. I immediately thought of Whatever Works with a Midnight in Paris sheen.
Top

Reviews are coming in from San Sebastián Film Festival, and they are expectedly mixed- but as a fan of WA's recent years it sounds pretty great as described, with most critical praise going to Shawn and especially Gershon. Warning: If you do choose to read anything about this film, you'll almost surely encounter spoilers regarding the creative speculation previously mentioned
Top

This just popped up on backchannels, a strong copy that aired on Spanish TV- will report back later if there are any unsubbed Spanish sections
Top

I'm hardly impartial to treating the annual WA film on the block with objectivity, but I thought this was quite delightful though not without its problems. As I predicted upthread, it's definitely more in the rhythm of Allen's late-life emerging serenity as seen in his memoir and recent interviews, helping to balance his neuroticism as he examines what is important to him and how he views the meaning of life to be.. questioning the meaning of life, his relationship with art, connotations from memory, and how the energy in certain interpersonal encounters are a form of sublime shining onto the present. Allen isn't reinventing the wheel here, but he is exercising a more mature examination of his ethos in a mellow existential crisis, and still finds cheeky ways to assault vain industry players (an early dig on 'political' filmmakers is gold). Not every gag works, but some moments forced laughs that were more rooted in Shawn's rebellious social echo-chamber gratification, which recalls Allen's own characters talking to themselves while being ignored from back in the good ol' days. A simple line like "I loved Breathless" is so well-timed that it's hysterical, and a testament to Allen's acceptance of his social identity that the character is now confident rather than nervous or hostile.

I also enjoyed the self-reflexivity of Shawn's decree that he doesn't want to create "just another mediocre" work, and will only find it worthwhile if his next art is a masterpiece. Allen is clearly speaking from a part of himself that he continues to lightly wrestle and ultimately make peace with, for this is hardly a masterpiece and Allen is very conscious about its position as yet another churned-out work of personal inspiration born from his impermanent stage of 'being' during the time of writing. However, that winds up falling in step with the philosophical mindfulness that brings peace in the possibilities of the present without the anxiety from fear or expectations of the past and future, or the cognitive whirlpool of self-dissection that removes one from the peripheral spirituality found in corporeal beauty.

Vittorio Storaro's cinematography continues to be the MVP of these late-era Allens, and along with the yellow-red golden hues there are some exciting color palettes used both outdoors and indoors to great effect. The lead performances can fluctuate between grating and effective, but I'm not sure the extent to which this is my own issue or a misstep in casting. Shawn's strengths as a performer are utilized well at times but he also occasionally stumbles on lines that feel destined for another actor. Gershon doesn't have a whole lot to do in the non-fantasy narrative, and her casting appears to be solely geared towards fulfilling suitable roles in 'other' segments that provide space for her to flaunt her talents. And for those excited by the Guttenberg casting, unfortunately he's pretty much wasted here -though Christoph Waltz is thankfully not!

Some of the specific references are great and some are not.. there are a few embarrassing half-measures cutting the start of a decent idea short or missing the mark altogether. I expect that fans of the nouvelle vague (and European art-house in general) will appreciate a few jokes regardless of how the entire composite is received. Unfortunately the romantic side plots aren't very interesting, unlike Allen's last film, so while Elena Anaya is a wonderful performer, her character falls flat under false complexity and mostly serves as validation for Allen's own opinions in a magical perfect partner that doesn't exist. A raw pathos is reached in a messy execution of eclectic tones, and although these revelations could be woven into the theme of expectations out of reach and life's failure to match the promises of cinematic catharses, I'm not entirely sure they fully work in this context.
SpoilerShow
The Seventh Seal finale with Waltz is one of the funniest, most insightful and powerful scenes in any Allen film, deceptively planted as a throwaway, exemplifying Allen's atheism to contrast "emptiness" with "meaninglessness" and unveiling the infinite existential opportunities as the optimistic reply to nihilism. The therapist's muted response is also a key humble finish, for after decades of psychoanalysis Allen has reached a point where the conclusions he comes to are the answers to his self-actualization. He has finally found some comfort relying on himself, not running to an 'expert' for absolute feedback that discredits his expertise on himself.
In that sense this really is a masterpiece of a worldview, even if not as a work of art.
Top

I’m not sure how, but Joseph McBride got to see this, I have to say I’m now eagerly awaiting my chance.


I had the pleasure of watching Woody Allen's latest film, RIFKIN'S FESTIVAL, which is blacklisted in the US and the UK. It is enjoyable in its relaxed, serene comedy about a nebbishy retired film teacher (Wallace Shawn) who gets cuckolded by his younger wife (Gina Gershon) at a film festival in Spain. She is a publicist who is getting it on with a pretentious young French director (Louis Garrel) who has a film called WAR IS HELL and is planning one that he thinks will solve the problems between the Israelis and the Paleistinians, to which the protagonist remarks he's glad the director is getting into "science fiction." Rifkin, left to his own devices in San Sebastian, vainly pursues a romance with a doctor (Elena Anaya) who regards him only as a friend. He accepts the failure of both romances without rancor and in a spirit of "life goes on" with, as the Death figure from THE SEVENTH SEAL (acutely spoofed by Christoph Walz) tells him, "the usual bullshit" to keep life worth living despite its meaninglessness. I found the ending joke with the psychiatrist to whom he tells the story the best in the film. Wallace Shawn, whom I can watch for hours, is delightful as the aged teacher and wannabe novelist, an Allen surrogate like most if not all of his protagonists. The late works of great artists are either filled with serenity or with rage, and sometimes both -- Ford's 7 WOMEN is enraged over the loss of the values he reverses, but his DONOVAN'S REEF is serenely comic, like RIFKIN'S FESTIVAL. Both of these films are presented as fantasies, but the saving grace of Rifkin is that he realizes and accepts that fantasies don't come true. Too bad because of the Allen Lynch Mob most Americans won't get to see this film for quite a while.

There are so many spoilers in that review, including one of the film's best jokes laid out early on in the description. For a film without many gags that land, it's rather unfair for McBride to go ruin half of them while gloating that he got to see a film that no one else will, and then end by declaring injustice.
Top

I think this is a hearty contender for Allen's worst film, and let's hope it's not his last (of course, let's hope that even if it was among his best). I am quite frankly shocked at how bad every performance is in this thing, except perhaps Louis Garrel's which is unexceptional but fine. The timing of the line deliveries, how they feel like people reciting the dialog as though they saw it for the first time on cue cards just off screen, is deeeeeply embarrassing. None of the footage is even remotely interesting visually. The references, dear God, the references-- I believe Allen knows and loves these cultural benchmarks, but not only does he bring N O T H I N G to his use of them here, but he treats the audience like idiots by announcing every last reference loud and clear over and over before it occurs (with the exception of the first one-- I guess even yokels can figure that one out without a namecheck). This was most obvious in the
SpoilerShow
Jules et Jim section, where it feels like Shawn said the title like ten times.
Other than that, there is exactly one funny line:
SpoilerShow
"I want to lay all my cards on the table"
"How many do you have, 52?"
And that's it. I hate to look like one of the anti-Allen coterie on Letterboxd review-bombing this, but giving this a single star feels generous
Top

I found myself more charitable to the film than you, but immediately sensed that it was going to become pretty unanimously declared his worst by folks here, and my own rating of more than one star stems from finding it interesting when viewed philosophically as a piece of growth for Allen that matches his newfound sense of peace in late-life. The final reference works on that level, as does the refusal to hear the therapist's lines signifying meaning coming from Allen not the experts he's run to neurotically his whole life. The references are pretty bad- the ones that don't work are so atrocious that I actually don't understand the joke he's going for in most of them (the Bunuel particularly head-scratching and lazy)- but I admittedly got a small kick out of
SpoilerShow
the mockery of the 'under the covers' part in Breathless (even if the rest of that bit was bad), the subbed Swedish in the midpoint Bergman, and as I already mentioned The Seventh Seal with Waltz. Also, the satire of Garrel thinking his film would solve the Israel/Palestine conflict was funny, but definitely could have been executed better.
The romances were awful, the acting was bad, and so a solid chunk of the film was rendered frustratingly superfluous. Still, I can't help but rank it above a few others as an interesting failure because of its contextual place in Allen's own personal development, though I don't think the film necessarily 'deserves' that rope. I'll be shocked if anyone on this forum likes this even half as much as I did, and I didn't like it all that much.
Top

I preferred many of the other films in the Rifkin franchise to this. Of course, the original, Rifkin Goes to Camp is a cold hard classic. Then the Woodman does Rifkin Saves Christmas which felt like a cash grab from the outset - he never got the magic completely back until the Amazon limited series Slam Dunk Rifkin. So to 'get the gang back together' for one last ride after reports of Christoph Waltz and (the huggable!) Wallace Shawn actively avoiding each other on set during the filming of Rifkin in the Army is kind of a ridiculous gambit. Sorry to say, it hasn't paid off.
Top

If you don't have anything nice to say about a movie, don't say anything at all. Or riff.
Top
Post Reply
92 posts