Discuss DVDs and Blu-rays released by Criterion and the films on them. If it's got a spine number, it's in here. Threads may contain spoilers.
Post Reply
23 posts • Page 1 of 1
Message
Author 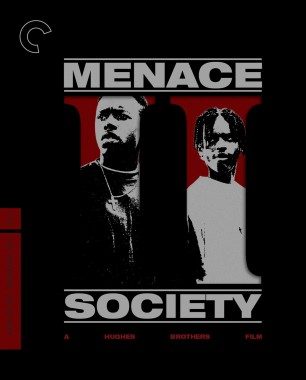 Directors Albert and Allen Hughes and screenwriter Tyger Williams were barely into their twenties when they sent shock waves through American cinema and hip-hop culture with this fatalistic, unflinching vision of life and death on the streets of Watts, Los Angeles, in the 1990s. There, in the shadow of the riots of 1965 and 1992, young Caine (Tyrin Turner) is growing up under the influence of his ruthless, drug-dealing father (Samuel L. Jackson, in a chilling cameo) and his loose-cannon best friend, O-Dog (Larenz Tate), leading him into a spiral of violent crime from which he is not sure he wants to escape, despite the best efforts of his grandparents and the steadfast Ronnie (Jada Pinkett). Fusing grim realism with a propulsively stylish aesthetic honed through the Hughes brothers' work on rap videos, Menace II Society is a searing cautionary tale about the devastating human toll of hopelessness.

• New 4K digital restoration of the directors' cut of the film, supervised by cinematographer Lisa Rinzler and codirector Albert Hughes, with 7.1 surround DTS-HD Master Audio soundtrack
• In the 4K UHD edition: One 4K UHD disc of the film presented in Dolby Vision HDR and one Blu-ray with the film and special features
• Original 2.0 surround soundtrack, presented in DTS-HD Master Audio
• Two audio commentaries from 1993 featuring directors Albert and Allen Hughes
• Gangsta Vision, a 2009 featurette on the making of the film
• New conversation among Albert Hughes, screenwriter Tyger Williams, and film critic Elvis Mitchell
• New conversation among Allen Hughes, actor and filmmaker Bill Duke, and Mitchell
• Interview from 1993 with the directors
• Deleted scenes
• Film-to-storyboard comparison
• Trailer
• English subtitles for the deaf and hard of hearing
• PLUS: An essay by film critic Craig D. Lindsey
Top


domino harvey wrote: ↑
Sat May 30, 2015 12:43 am
Menace II Society (the Hughes Brothers 1993) Boyz N the Hood, for all its violence and sorrow, still offered hope. No such luck in this stylish and effective exploration of the worst the ghetto can offer. Here is a film devoid of hope, with characters caught in an endless cycle of showing off, mouthing off, getting off, ripping off, offing, and getting offed. Filmed with a color palate borrowed from liquor store neon signs, the film dwells on its violence, but no one but the stupidest of viewers could take the film's presentational approach to the nonstop barrage of empty, circular brutality as an endorsement. Sadly, while the film is well served by its cast, none of the characters here are as fully formed or memorable as those found in Singleton or Lee's seminal works, and while there's some logic to presenting many of the characters as exhibiting similar and somewhat interchangeable personas, the overall effect is lessened in comparison. Still, this is an amazingly assured debut feature to come from two twenty years olds!

I'm probably alone on this, but I always found the characters in Menace to be more memorable than anyone in Boyz N the Hood. I watched both at an earlier age than would normally be viewed as appropriate, but I always found the characters in Boyz N the Hood to be cliched and overwrought, while the characters in Menace seemed more genuine and striking. It might be because I find the Hughes Bros. style to be more authentic than Singleton's more theatrical methods. It also might be because this film feels more like a horror movie at times, kind of in a similar manner as Hooper's original Texas Chainsaw Massacre, where it's sometimes difficult to detect the artifice because it's images are so purposefully sordid and dishevelled.
Top

Put me as a third voice very enthusiastic for this. The late ‘80s and ‘90s had so many great films about urban life, I honestly hope for a revival of that sort of storytelling, with this being definitely one of the best.
Top

Not as left-field as 'Deep Cover' was but this is still very exciting! Hopefully Criterion has 'Dead Presidents' on their slate (doesn't matter if it's UHD or blu-ray only).
Top

I figured this would be coming, and am happy: the Blu-ray isn't all that hot.

Dead Presidents is the previous LD of theirs that I want most for Criterion to rescue, though it being with Disney doesn't give me much hope. But maybe with Menace (also a previous LD release) that could open a dialogue between the Hughes, Criterion and Disney to get that out (of course, that's a loooooong shot).
Top

For me, time hasn’t been kind to this movie. I remember wanting to like like this in the 90s after the Hughes brothers got some nice press from their Scorsese influence, and that amazing opening.

However the expository narration is awful, the lead is the worst drug dealer ever - and a poor lead, Jada (despite being in her all her 90s era beauty) is a shitty mother-with awful taste in men, and the ending violence is laughably corny.

Bill Duke, and Charles S Dutton turn in some fine cameo performances, and we needed more Too Short lol. Lorenz Tate from the beginning showed himself to be immensely talented. But I’m with Tupac on this one, this movie is trash.

Maybe I'm a sucker, but I thought at least the monologue at the end was pretty good; at once poignant and firmly anchored in the spirit of the noirs that the directors (perhaps indirectly) took from. The film's solid choice for a UHD chit, especially given how great it looks (and how it probably would never have seen a 4K release otherwise).
Top

I have a strong personal connection to this film. Early in my career as an educator, I taught at David Starr Jordan High School in Watts. In an early scene in the film, the camera zooms into the exterior of the building I actually taught in, and I'm fairly certain it's either the classroom I actually taught in or it was directly next to mine. The name of the school is never explicitly mentioned in the film, but during the barbecue scene, one of the older guys have a Jordan Bulldogs sweater on. The whole campus has basically been demolished and was rebuilt from the ground up, with much of it being completed in early 2013.
Top

Dead Presidents is the previous LD of theirs that I want most for Criterion to rescue, though it being with Disney doesn't give me much hope. But maybe with Menace (also a previous LD release) that could open a dialogue between the Hughes, Criterion and Disney to get that out (of course, that's a loooooong shot).


The Kino Lorber Insider has repeatedly said that neither Dead Presidents nor Blood In, Blood Out have ever been available to them, which is ridiculous. Both have such huge cult followings, and their respective DVDs are absolutely atrocious. Sadly, it looks like Disney is just going to put films like those and Down and Out in Beverly Hills on ice indefinitely.
Top

I’m with Chris in:re Dead Presidents. The LD has great supplements but the transfer is riddled with artifacts that make it less than ideal for even that format. And, of course, it’s a great film deserving of more respect than it has gotten.

I’ve never seen Menace II Society but it’s always been one of those LDs I had on my maybe someday list. Glad to see it coming along finally. I’m not 4K ready (other than owning a 4K tv that lacks HDR support), but the blu-ray will definitely be on my horizon now. And if I have to buy a DF pack to get it, I don’t mind. I intend to go in on a 4K set-up the next time I upgrade my tv anyway.
Top

Is there a reason Allen Hughes isn't involved in this release?
Top

I have seen rumors on twitter that the Hughes brothers no longer get along, but they both appear, separately, in the special features:
New conversation among Albert Hughes, screenwriter Tyger Williams, and film critic Elvis Mitchell

2 extras have been added to the release:


•New selected-screen commentary featuring Rinzler
•Music video from 1991 for 2Pac’s “Brenda’s Got a Baby,” directed by the Hughes brothers

Fascinating to see that despite seemingly outputting a very competent UHD encode, Pixelogic absolutely still can't do that on BD.
Top

Mine has a straight line through the center and a circular mark from the case's other hub. I'll check later to see if it affects playback. Blu-ray also had a fingerprint on it but it came off easily with a lint-free cloth 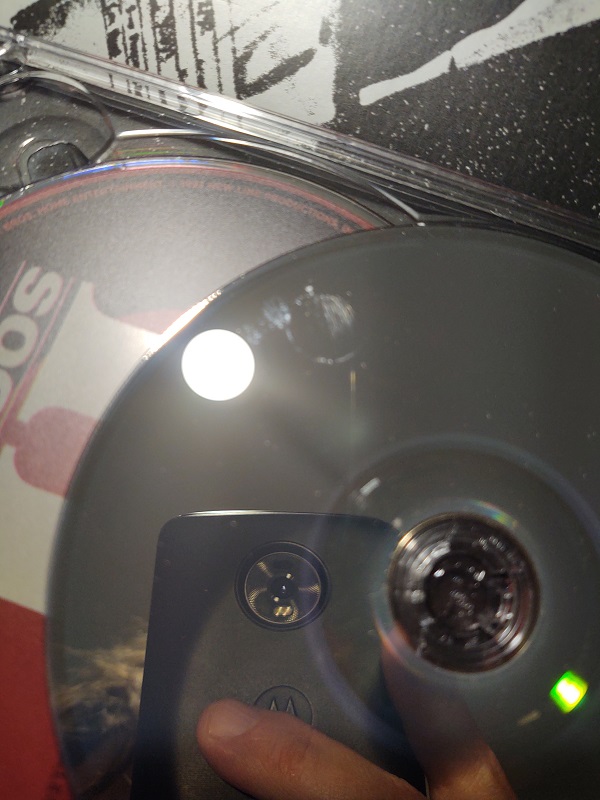 Oof. A similar thing apparently happened with Arrow's Dune steelbook, the pressure from the inserts cause the second hub to scratch the UHD.
Top

I fast forwarded through the UHD and didn't have any issues, so I'm not going to worry about it. I'm not inclined to sit down and watch the whole thing again just yet since I still only have a 1080p projector for now, but for what it's worth the transfer looked excellent even on my compromised current setup
Top

So, Mullholland Dr. comes with the previous Blu-ray (housing that blocky mess of a picture) instead of a proper encode of the new restoration, Kane's Blu-ray features a half-assed HDR to SDR conversion and this one's Blu-ray has encoding problems as well. I'm starting to see a pattern here. Basically screw anyone who buys these releases for the Blu-ray?
Top

To be "fair", Criterion's BD encodes have been rubbish for almost 10 years now. What Menace II Society is getting is exactly what they've been outputting on BD with fine 4k restorations, thanks to Pixelogic. I didn't expect anything else.
It does show however how things can be at Criterion when it comes to "details" like this, and it does feel as if they're cheapening things out in some way.
Top

Some of their BD encodes have been shoddy and weirdly enough on two of their biggest titles, Kane and Mulholland Drive, but I thought other titles like Moonstruck looked good. I only buy during sales now and Kane's BD only reinforces the need to be patient and wait for Chris's and others' reviews of their Blu-Ray only releases. I agree that there shouldn't be a need for that in the first place but I don't know that Criterion's encoding has been consistently worse than many other companies (MoC's The Great Silence is compromised by a bad encode too).

PS.: I did not see the earlier comment about encoding issues on Menace II Society. How did the Uncut Gems BD fare?
Top

Uncut Gems BD encode is on-par with the shoddy encodes we're now used to from Criterion with these kind of sources. UHD seems pretty good though, so pretty much the same situation than for Menace II Society.
Top