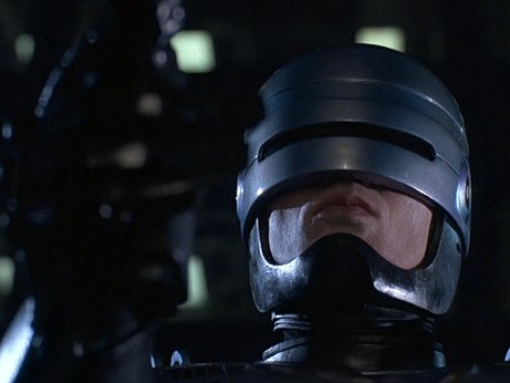 Called by Ken Russell “the greatest science-fiction film since Metropolis,” controversial director Paul Verhoeven’s Robocop is a special effects-laden cult phenomenon. The film features a resurrected and roboticized hero (Peter Weller) in a new, supercharged cyborg body, struggling to reclaim his memory and avenge his own death. Written by Edward Neumeier and Michael Miner, this film is a grown-up superhero fantasy come to vivid, bloody life.

The Criterion Collection presents the director's cut of RoboCop in the aspect ratio of 1.66:1 on this dual-layer disc. It has unfortunately not been enhanced for widescreen televisions. It should be noted that the Criterion DVD is the only DVD release that presents the film in this aspect ratio, which is Verhoeven's preferred aspect ratio for the film. Other DVDs present the film in 1.85:1, cropping the top and bottom.

While I haven't seen the original Image Entertainment DVD for the film, I've seen the MGM and Fox DVDs that followed and I have to say that the Criterion release presents the worst looking picture of the bunch, and it doesn't have to do with the fact that the picture is non-anamorphic. Criterion has some nice looking non-anamorphic transfers that look better than some anamorphic transfers out there (Armageddon comes to mind immediately.) The Criterion release unfortunately has a problem with compression artifacts. The image has this overall fuzzy look because of the noise present. It's always raining through, is noticeable on 4:3 televisions, and is even worse on widescreen televisions.

The print is in okay shape, containing few specs here and there. The film has a cold look so colours never jump out but still suit the film. Detail is lacking, but I blame this more on the artifacts present.

I assume Criterion just ported the laserdisc over but I'm sure the transfer on that release looked better than this. I was fine with it at the time of its original release but coming back to it its flaws are much more apparent. The new Fox special edition is an incredible improvement over this one. 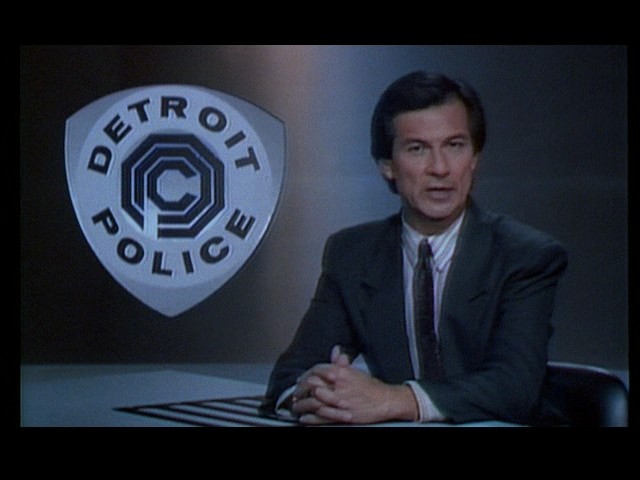 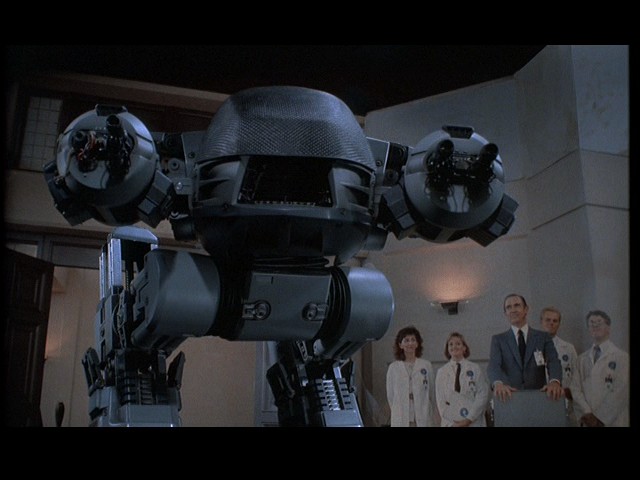 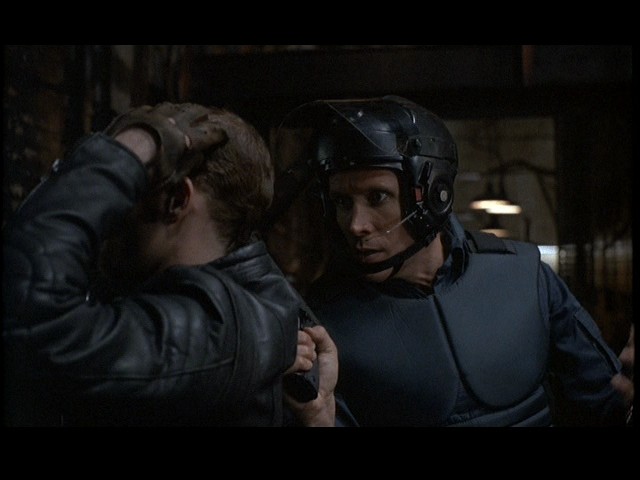 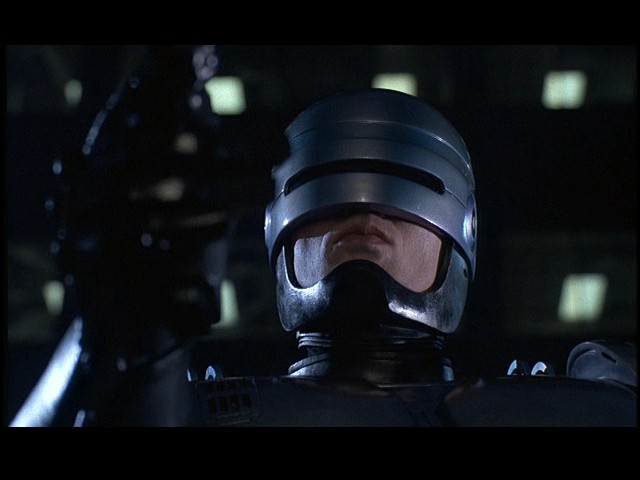 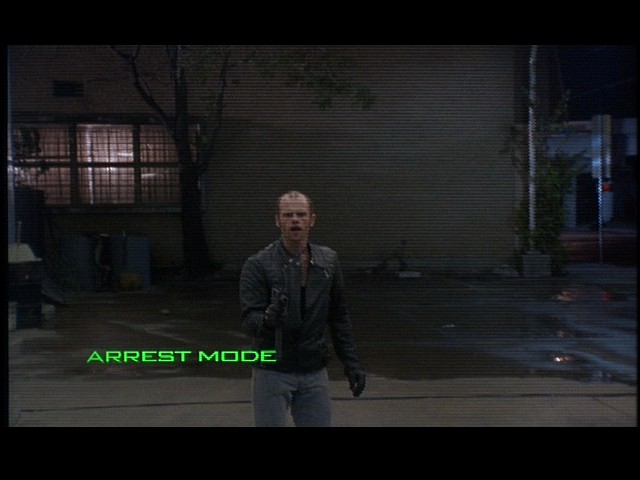 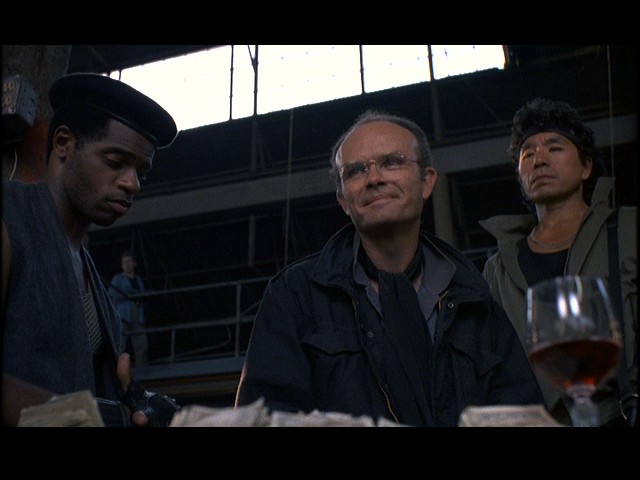 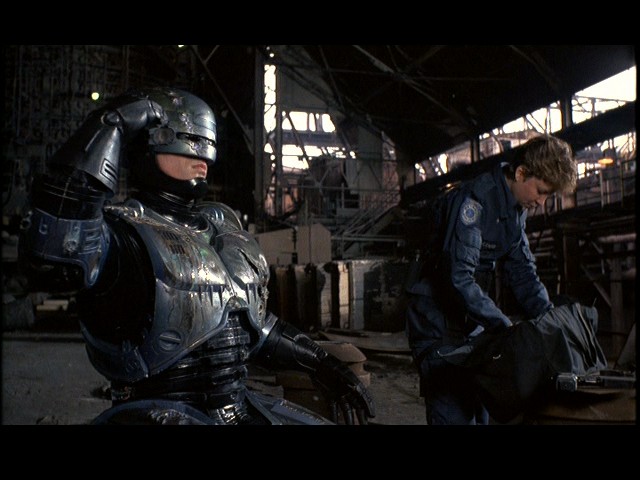 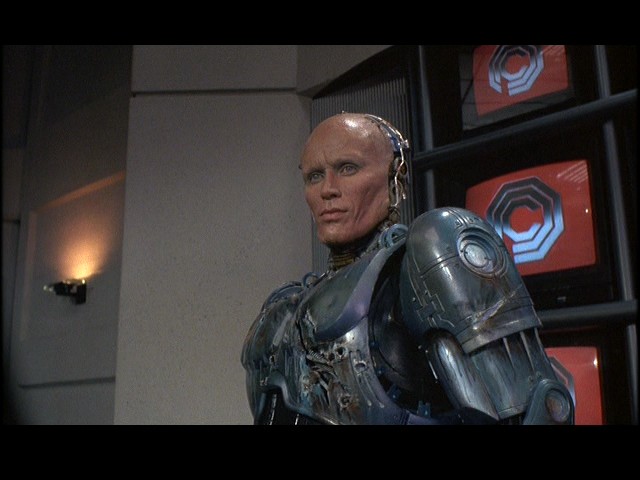 Criterion gives the film a 2.0 Dolby Surround track. It's fine, sounds sharp and clean, but for film with its own fair share of action it comes off a little weaker than one would think. Sound is directed primarily to the front speakers, with music and some sound effects making their way to the rear speakers. I guess I was expecting something a little more dynamic, even for a 2 channel surround track, and didn't get that.

Criterion has stated they prefer to stick with the original sound tracks for the films unless the director wishes to do something differently. I must admit I've always found it odd that Criterion would remaster a film like Picnic at Hanging Rock in 5.1 surround, but it never occurred to anyone to do the same for RoboCop, which would seem like a more obvious candidate (which isn't a knock against the fine soundtrack on the Picnic at Hanging Rock DVD.)

It's a fine enough track, but could have been better. Fox's DVD presents both a Dolby Digital 5.1 and DTS 5.1 surround track, and are both improvements over this one (though admittedly, not big improvements.)

This edition was discontinued years ago, though can still be found rather easily on auction sites. It's a fairly small release in terms of supplements, but they're all rather good. The big feature at the time for this edition was the fact this disc contained the slightly gorier director's cut of the film containing extending a few violent sequences that were trimmed to avoid an X rating. This version was exclusive to the Criterion DVD (and laserdisc) until MGM eventually released their RoboCop box set and Fox released a 2-disc special edition.

Moving on to the actual supplements on the disc first up on the list is an audio commentary by Paul Verhoven, Edward Neumeir, Jon Davison and Paul M. Sammon, who has the title "RoboCop expert', which is bizarre job. I've always liked this track, though it unfortunately hasn't been carried over to other DVD editions (though the commentaries all contain similar content.) This is actually one of the more entertaining commentaries Criterion has put together. Everyone offers notes and production notes and anecdotes, like how Verhoven sent some one out to grab a bunch of zip lock bags for Mr. Kenny's death scene. Verhoven has the best parts of the commentary. He likes pointing out all the short cuts he took and also likes pointing out some of the symbols he was trying to put in, specifically related to Jesus Christ, but admits he fails.

A multimedia presentation is also included. Instead of your usual pages of text notes that were common on Criterion's laserdiscs and early DVDs, Criterion has included text mixed in with pictures and motion video to show you the making of the film. You navigate through it using your remote. It's an interesting set up, and it does work, though a making of documentary would have been more welcome.

Storyboards are also included. The storyboards here are actually ones drawn up for scenes not used. This is a nice little treat since no deleted scenes were included. Of the two you have a sequence where RoboCop visits his own grave and you also get another car chase that was supposed to appear during the climax but was abandoned due to cost over runs.

A storyboard-to-film comparison appears on the disc. It displays the storyboard in a box in the upper portion of the screen with the scene playing in the lower portion. The scene used is the scene where ED-209 mows down Mr. Kenny. I'm not big on these but it is intriguing to see how closely a scene plays to how it was conceived.

There is a theatrical trailer, teaser trailer, and then of course a booklet with an essay by Carrie Rickey focusing on the film's place in science-fiction history and some of its satirical elements.

It's pretty slim, but the disc does contain decent supplements overall. Is it worth hunting down just for the supplements, though' Not really. The MGM and Fox special editions that followed covered the same material and then some. Supplement wise I'd still direct people to the newer editions.

It was a nice DVD at the time, though it has been surpassed by newer editions of the film. The image and audio are fairly bland and newer editions do surpass them (there is a Blu-ray release from Fox that may not be an exceptional hi-def release, but it does surpass this release.) The supplements aren't truly unique to the Criterion edition. While the commentary and multimedia presentation are still exclusive to this release, the commentaries on newer editions are similar and the making-of featurettes available on those editions also cover the same material as the multimedia presentation on here. I'd point everyone away from the Criterion edition and towards the Fox/MGM 20th Anniversary 2-disc edition that's available now. 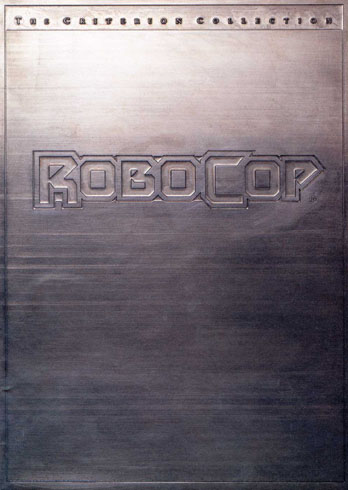