The font used on 24 Eyes is SAY too effete for Jane Austen (whose works are a lot harder-edged than lots of people seem to notice). The choice makes no sense in the context of the film --whatever the film's faults (in my mind), frilliness is not one of them.

Not sure what the equivalent Western font might be for this.
Top

MK wrote:The font used on 24 Eyes is SAY too effete for Jane Austen

Not corresponding to Austen? (I take it you meant WAY too effete).. check out The landing page for Jane Austen Books Online, just a random search's first result.

Yeah, but look at her own signature-- not nearly so effete as the screen fonts. I'm talking about the reality of Austen, not the way her work has often been appropriated....

Just because her books are marketed in a certain way doesn't make them that in reality.

And what did you think of the poster's font. ;~}
Top

The eyes on the The Small Back Room cover are absolutely hypnotic, and really create a sense of dread. How fantastic.
Top

Michael Kerpan wrote:Just because her books are marketed in a certain way doesn't make them that in reality.

Very true, we shouldn't judge a book (or DVD!) by its cover!

For example see this article in which Austen is marketed towards a 'chick-lit' crowd. (By the way Richard and Judy are like the UK's version of Oprah, even to the extent of running their own version of a book club, except they are possibly even more insufferable).

And if that wasn't indignity enough, publishers even change Austen's appearance to make her fit our 'perception' of her:


According to Wordsworth Editions, which sells millions of cut-price classic novels, the only authentic portrait of Jane Austen is too unattractive.

Helen Trayler, its managing director, said: “The poor old thing didn’t have anything going for her in the way of looks. Her original portrait is very, very dowdy. It wouldn’t be appealing to readers, so I took it upon myself to commission a new picture of her.

“We’ve given her a bit of a makeover, with make-up and some hair extensions and removed her nightcap. Now she looks great — as if she’s just walked out of a salon.”

I prefer to picture all authors looking like Anne Hathaway though, so it works for me. Really takes Junky to that next level.
Top

Jane Austen in the 21st century, the Mills & Boons you can discuss.
Top

My only problem with the Salò cover is that the lettering and, far worse, the hatch marks/tally marks are so obviously computer-generated. It just doesn't look right, to me at least.

Brand Upon the Brain looks like one of the most appealing covers in a couple of months.
Top

jbeall wrote:I really like all this month's covers except for 24 Eyes--that font is awful (24 and yes indeed).

Agreed. I actually kinda like the Salo cover.
Top

Speaking of David Farrar's eyes on that SBR cover, Michael Powell mentions that they were violet in his commentary on Black Narcissus...a couple of times, if I remember correctly. Nice to see Mr Farrar and Kathleen Byron sharing a cover, too, but the man of the match for me in this film has got to be Sid James. Nice to see him finally in the Collection!
Top

The Salo cover is good.
24 eyes is simply horrible.
The others are indifferent.
Top

do you mean that you are indifferent to them, or are is Criterion showing indifference for your particular taste?
Top

Your point being?
Top

Maybe he likes to point out they're both wearing black pants? If that's not it I don't see it!

I think it has more in common with this cover:

I love how Fellini's name looks like a softball team logo.
Top

Good catch! I hadn't noticed that before. It reminds me of this:

They're both Criterions.
Top

Some Mishima innards courtesy of Barnes & Noble (places the cover art in a better light): 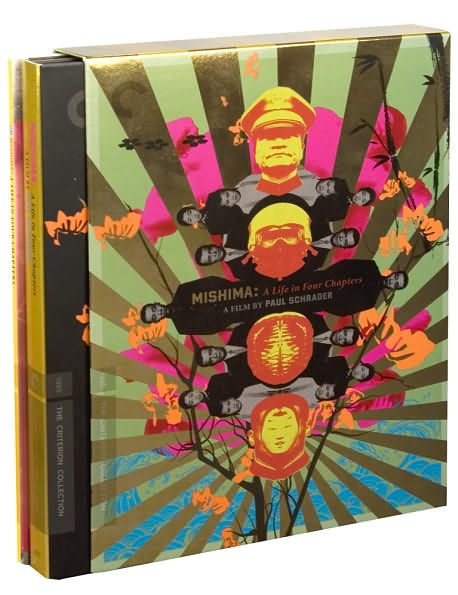 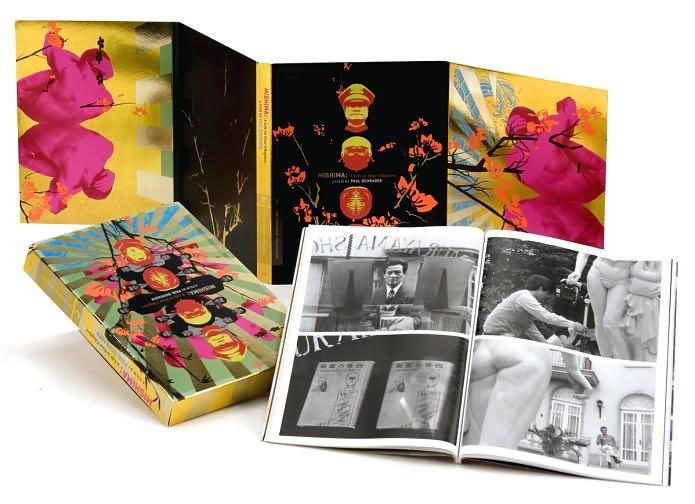 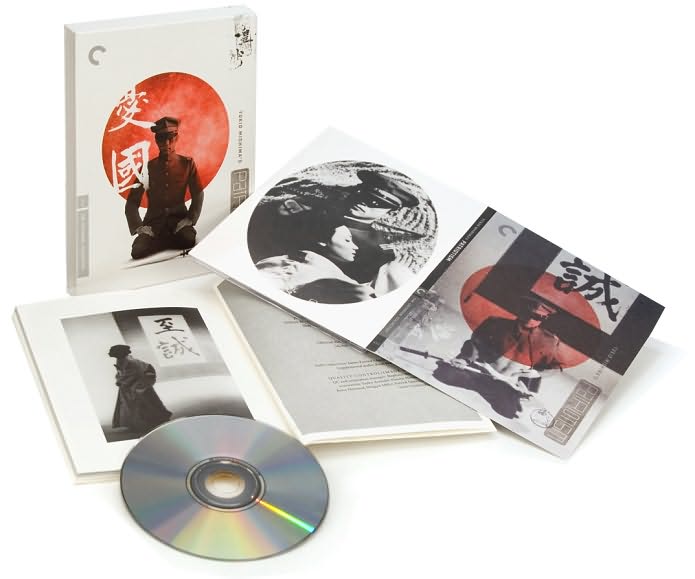 both of those are quite sexy.