Binker wrote:Also, apparently a TV-miniseries of The Dark Tower is in the works with JJ Abrams attached. These are actually the only King books I've read in the past few years. I ran through pretty much everything he wrote from the ages of 11-12. A couple years ago, I decided I wanted to finish this series and chose to start from the beginning. The last three books are just complete disasters, not even worth discussing, but I enjoyed the first four and I thought the story within a story of Roland's youth in book four was the highlight of the entire series.

Anyway, I don't see how these can possibly be translated to the screen. Portals between worlds, elaborate back stories entirely unrelated to the central narrative, violently split personalities, King himself in the story, the plot would be impossible to follow on film without forcing the characters to explain it. Beyond all that, King is at his absolute kookiest with the language here. Virtually all spoken word would need to be rewritten, and the constantly repeated little sayings unique to King's world entirely cut out.

Bit of an update on this, Christian Bale's rumored to be in discussions to play Roland
Top

Article about the upcoming film/tv adaptation of Stephen King's The Dark Tower.
Top

I'm a little worried about The Dark Tower. One of Kings books that I truly enjoyed every word of, and I can see it being treated as a comic book style adaptation. There is something elementally disturbing about the dark tower universe that will be difficult to translate cinematically, especially in the space of one film. And the right Roland? It's gotta be somebody who looks past his prime, beat up. Mickey Rourke's probably to big, physically. Is Sam Elliot too obvious?

Well, there isn't just one film being planned. According to what's been released in the press so far there will be three, with the first one out in 2013. The two sequels will be out over the next two years, and in the time between the movies being released, NBC will air a show devoted to filling in the gaps between the films.

I haven't really read the books, but I'll definitely start soon. This project has a higher chance of failure than success, but one has to admire the scope and depth that this project is shaping up to be.
Top

Anything on The Dark Tower lately?
Top

Just that it's supposedly back on as a combination film franchise and television series, now with Ron Howard set to produce the whole thing but not direct any of it.
Top

So not much has changed other than Opie not directing.
Top

Somehow that is even more annoying than not using someone's last name.
Top

Idris Elba is likely to sign on as Roland in the Dark Tower, with McConaughey playing Flagg in this in addition to in the Stand
Top

domino harvey wrote:Idris Elba is likely to sign on as Roland in the Dark Tower, with McConaughey playing Flagg in this in addition to in the Stand

First pic of the Man in Black

According to a wikipedia quote from an interview with King around the casting of 1990s Stand TV series, Flagg should be played by someone who "would make the ladies' hearts go pitty pat, that looked like the type of guy you would see on the cover of one of those sweet, savage love paperback romances", so that's probably what they're going for here too. A seductive bad boy!

You know, I'm still rather surprised that they're tackling the convoluted meta-multiverse Dark Tower series head on rather than trying to do something like The Stand again, though I certainly appreciate the ambition here. We're also going through an age of epic high fantasy at the moment so I'd have thought something like The Eyes of the Dragon might have been a safer, though more obscure, bet. That's also the one with Randall Flagg literally as an evil court magician!

But then I'm biased as Eyes of the Dragon has one of the more unique and time consuming methods of escaping from a locked tower that I've seen! If only that guy from A Man Escaped was left only with a dollhouse in his cell!
Top

Interesting speculation on the Dark Tower adaptation (massive spoiler for the book series):
SpoilerShow
Elba's Roland has the Horn of Eld, meaning this film is likely a continuation / restart promised by the end of the last book and not a straight adaptation. If so, I think it is a smart move in that, knowing they can't film seven books' worth of material, they can do it this way and still be canon-abiding while hitting whatever highlights from the last round they want
Top 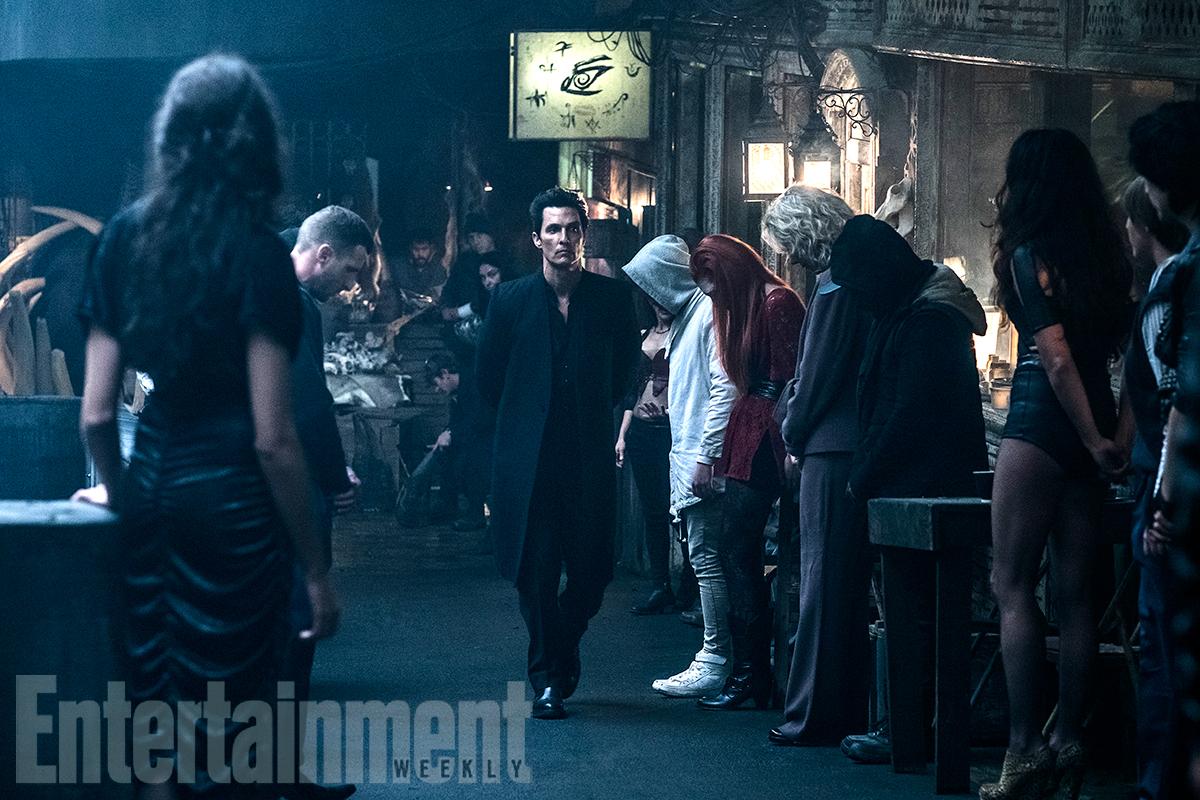 Trailer ... something about this doesn't feel right
Top

...and then there's the photo of the Overlook hotel (Timberline Lodge) given a place of prominence on the psychologist's desk.
Top

Is the music directly from For a Few Dollars More or does it just sound like it?
Top

I liked it better as THE LAST ACTION HERO.
Top

I haven't read the books or seen Kazaam. What am I missing?
Top

matrixschmatrix wrote:Is the music directly from For a Few Dollars More or does it just sound like it?