Who are the other big ones? Leone, William Hart, and Corbucci. Maybe Daves if I want to be perverse. There aren't many great western directors I feel.
Top

The subject of our next Auteur Project, for one!
Top

I prefer to discern this from our Western list results
Top

Figured I was missing something
Top

domino harvey wrote: ↑
Thu May 07, 2020 4:02 pm
I’m not sure who wins overall between Ford and Mann on the Western front, but for sure Boetticher is not coming in third— maybe like eleventh or twelfth

I wouldn't place him in third either, but the duplicitous fluff reminds me of Mann's false exteriors more than most I could think of, plus the comparison upthread.

It's almost impossible to compare Ford and Mann because they take completely opposite approaches to what the western is, and even if I have to fight my own history of watching movies, and falling in love with the western genre in Ford, Leone, etc in order to arrive at Mann's crowning, it's more of a reflection of my own unique interest as well as the novelty in manipulating the 'morality in order/disorder' thematic interest to psychology than the physical Hobbes/Locke battle I'm familiar with. Then I remember some of Ford and Leone's epics and think twice.
Top

Doh! I can't believe I forgot him, Wellman, and Peckinpah. Shows how little I was bothering to remember when asking the question.
Top 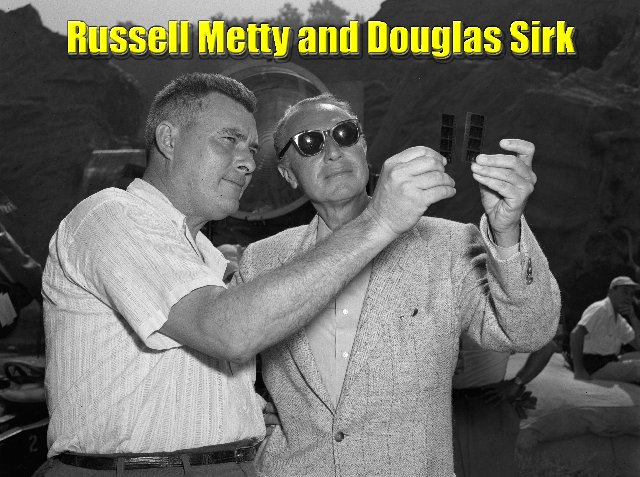 Douglas Sirk's TAZA, SON OF COCHISE is a stereoscopic masterpiece that belongs in every 3-D Blu-ray collection. 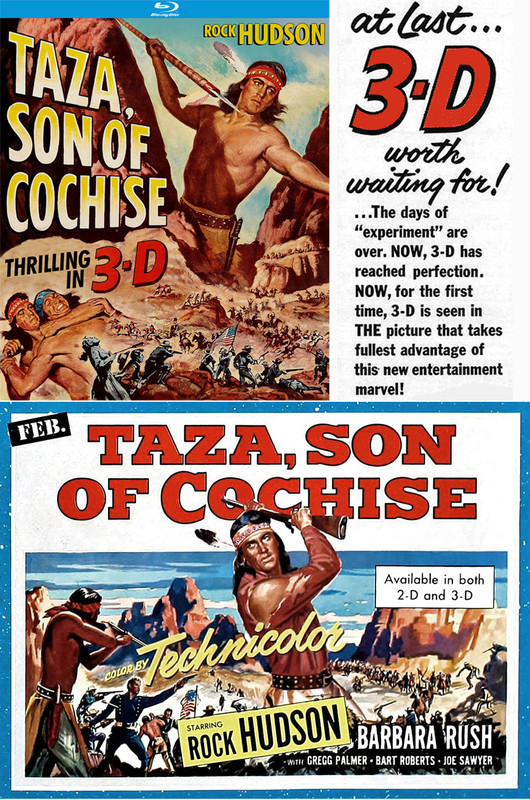 NEW 4K RESTORATION!
Straight Shooting is a landmark in the history of the Western - the first feature directed by the legendary John Ford. Presented here in a new 4K restoration from Universal Pictures.

I presume the restoration of Straight Shooting is from the LoC print? It's a magnificent-looking film.
Top

Well, so much for whoever thought Beyoncé was a clue...
Top

I guess that was a clue for An Unmarried Woman
Top

Kino announced they are releasing The Producers (1968) later this year.
Top

If this isn't one of their 4K titles, then I don't know what to think about their priorities.
Top

Does their upcoming disc of Isadora only feature one cut of it? Their website doesn't specify whether it's the original version or the extended
cut Reisz prepared decades later, which is what was released on VHS. What an interesting pair on the commentary-Sidney J. Furie's biographer and the director of Get Crazy!/Heartbeeps.
Top

If this isn't one of their 4K titles, then I don't know what to think about their priorities.

That question was literally the next post after the announcement post and they already confirmed it's BD only.
Top

Given the hints they had given for a future UHD release (classic from the 60s that had a 4K restoration and had already been released on Blu-ray by another label before said restoration) my guess was they were talking about The Producers, so I assume that I was right and they canceled their plans for a UHD release.
Top

Wasn't The Producers 4K restoration another piss-filter color job? I hope they attempt to correct this if the agreement allows.
Top

Yes. The Kino Insider said they plan on color correcting it. But given the less than stellar job they did retiming The Good, the Bad, and the Ugly...
Top

Their Memorial Day sale is live.

Great time to pull the trigger cheaply on Seven Days to Noon, which I strongly recommend! Some other recent releases included like Christmas in July, Brick and the Sergio Leone box.
Top

Very surprised that the Barbara Stanwyck box is included - was planning on adding it anyway once I had other things to bring it to the free shipping threshold! Overall a very good selection with great prices on a ton of recent releases, though I wish a few other certain things had been thrown in as well.
Top

Is this Leone box worth getting over the older one from Fox?
Top

I think I wrote it up briefly over in the 50s thread a while back, but if for some reason you're looking for a wildcard curiosity to tip you over free shipping, Razzia Sur la Schnouf—roughly, "Smack Raid"—is a great little French underworld movie starring Jean Gabin as a crime boss tasked with a hands-on shape-up—and thus, for us, a tour—of the entire production and distribution line.
Top
Post Reply
3213 posts