Discuss DVDs and Blu-rays released by Criterion and the films on them. If it's got a spine number, it's in here. Threads may contain spoilers.
Post Reply
29 posts
Message
Author 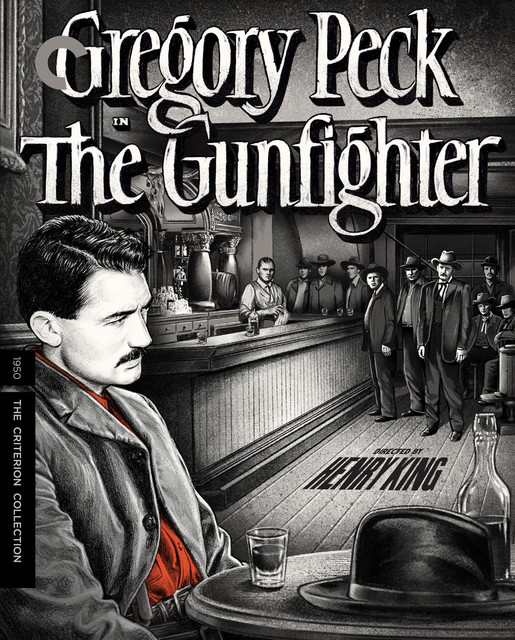 Interesting that all of the extras focus on Henry King and editor Barbara McLean for one of the most archetypal studies of specific western motifs in the history of the genre. I think those extras will be really cool and welcome, but man, Criterion is just not comfortable with genres like this
Top

Criterion definitely sits with people which is unfortunate though given how underloved King is I can't be mad. Maybe this will lead to a small revival of Fox's Michael Curtiz.
Top

I remember really liking this when I saw it over a year ago. But I'm pleased to see more people like the film too.
Top

It's the best study of the weight of infamy and reputation. It is a perfect tragedy, and the ending punchline is a brilliant coup fourré and was probably thought up first and the rest worked out backwards from there
Top

A longtime underseen favorite, glad more people will have the opportunity to discover this one. My writeup from the 50s thread:


therewillbeblus wrote: ↑
Sun Jan 19, 2020 1:29 am
The Gunfighter: This ironic tale of karmic fate has always been a strong western entry for its dissection of the archetype and questioning of morals in defending oneself from the plagues of reputation. Consequences spruce up constantly and the relativist perspective of killing in self-defense as an exponential condition of killing in the first place. Peck wonders in the first scene why someone starts trouble with him everywhere he goes but all signs point to him creating his own nightmare swallowing him up through working as a death machine poisoning the world as leaving behind tar tracks that are bleeding tattoos on his feet forever. It’s a realistic and relatable composite, for we can not outrun our pasts or right our wrongs, and suffer the consequences of our actions for the rest of time.

Peck’s likeability works in his favor here and yet his acting strikes a perfect shade of vague where we sense that by surrendering his moral compass long ago this post-Faustian lifetime will be the first time he’s awoken to his responsibility as an agent that affects the world, only because that world now affects him and won’t let him lose sobriety to that fact. I love the conversation towards the end between Jimmy and Mark where they reminisce on their dumb choices as kids haunting them, and the moments of clarity that sparked change. It reminds me of the alcoholic reeking havoc and the person in recovery trying to cope while looking back in hindsight, able to rehabilitate but not achieve redemption.
SpoilerShow
Change is possible for the self but not beyond, and this narrative goes to great lengths to find resolve in this fact, an acceptance of which he finally finds in a bizarre kind of happy ending that appears to be devastating until we think of the bound soul that could only be freed one way in this social context. The bliss that comes before the storm is all Ringo ever could have dreamed of, and the actual ending reverses the reputation of dishonor to presenting a crowd of people show up to honor, the curse lifted and a life’s worthiness cemented and validated with equality.

So Fox is not dead?

I was just about to order the German blu, so nice timing...
Top

I'm going with the assumption they licensed a bunch pre-Disney and Fox was like "fuck it, take what you want" and they're now sitting on a bunch. I assume they have a few years with them but they're pumping them out at a good rate so far (2 this month).
Top

I bet they’ve had this for a while, because no way would KL Studio Classics have passed on releasing this
Top

It seems like they signed a new deal a few years back (as there were no Fox titles in a long stretch) and this has resulted in these titles:

One would hope that it was a deal for 15 or 20 titles if not more (one would hope some of the Fox archive staff might have made it clear it was a bit of a fire sale, get it while you can situation and tried to license out as many as possible) and not just 10 but it's also completely possible that this will be it.
Top

Been on a western binge the last couple of months. Is this worth a blind-buy?
Top

Well... you also have 3 months to watch it if you're interested in buying it.

That being said I think I'll do it up tonight.
Top

Just this week I was checking out the board's top voted Westerns in the lists forum. For me, it's great timing to see The Gunfighter announced. Just need someone to release Winchester '73 now!
Top

I would argue that it's an upbeat movie if you examine it from the angle of existentialism and the optimism of change mattering to the individual, divorced from public opinion, which seems to be a huge point of the film. A man who was once driven by ego and reputation, accruing consequences that stamped him with a scarlet letter, is able to find a way to liberate himself of such by being 'present' - accepting what he cannot control and focusing his positive energy where he most wants to place it while he can. Outcomes and tangible signifiers of worth are weights that are abandoned in favor of internal change, and the results from such freedom allow for a surprising outcome of a tangible signifier of worth in the final scene that is powerful and affirming in its irony by stressing the gifts of treating life that way. The notion that we cannot change the past but that it's never too late to change ourselves in the present is incredibly optimistic, and a worldview that has been a benchmark of my life for a number of years- hence my comparison to rehabilitation in my writeup- so it's hard for me to see this film as anything other than a celebration of life (even if I "get" the downbeat reading).
Top

Luke M wrote: ↑
Wed Jul 15, 2020 3:41 pm
Just this week I was checking out the board's top voted Westerns in the lists forum. For me, it's great timing to see The Gunfighter announced. Just need someone to release Winchester '73 now!

According to the Kino Lorber Insider, Criterion have Winchester 73
Top

Luke M wrote: ↑
Wed Jul 15, 2020 3:41 pm
Just this week I was checking out the board's top voted Westerns in the lists forum. For me, it's great timing to see The Gunfighter announced. Just need someone to release Winchester '73 now!

According to the Kino Lorber Insider, Criterion have Winchester 73

Would love a blu-ray of The Naked Spur. I watched it recently on the channel's excellent Western Noir collection, but, man, is it a bad transfer.
Top

This really lived up the hype that I've read about on this board. The film sets a perfect tone early on and sticks to it brilliantly. One of my other favorite Westerns is Yellow Sky but one thing that sort of turns me off is the tonal shift as Peck sort of becomes a 'good guy' towards the end. Peck is just so incredible in this movie, with this almost morose tone that permeates every scene. He's been so worn down and he wears it in every scene perfectly. There's no sense of the glory of the old west, and only a celebration of the civilization that has arrived. I was shocked to see so many women, families, and school children in this film, something that seems so absent in other westerns.