With WAC, if they give me one thing a month I do want—in this case, The Mortal Storm—I could care less what else gets released.
Top

The Wonderful World of the Brothers Grimm is upcoming on Blu and DVD from WAC in 2021. David Strohmaier speaks on the restoration:

"A restored 4K “The Wonderful World of the Brothers Grimm” trailer has just been shown on the Cinerama louvered 146 degree screen last Sunday at the annual Widescreen Weekend Festival in Bradford, UK. This trailer is a 1961 original MGM five-minute pre-release announcement trailer that was reconstructed from 6-perf Cinerama negatives as well as a 7-channel magnetic soundtrack. (See below) This brings up the restoration efforts currently underway between Cinerama Inc. and Warner Bros. for the complete digital restoration of the roadshow version of what the original ads stated as ”The first Cinerama film to tell a story.” When this project is completed all the Cinerama 3-panel feature films will have been digitally restored.

Tom H. March and I enthusiastically decided to tackle this project since we were allowed to work out of our home offices as I now live in Eagle, Idaho and Tom lives in Calgary, Canada. This decision was made last November long before Covid-19 came on the scene. Tom and I have worked together on several of the Cinerama travelogues as well as “Windjammer” and 2 other non-Cinerama features over the past 6 years. Warner Bros. Motion Picture Imaging provided the expert scanning of the original 6-perf 3-panel o-negatives and Cinerama Inc. updated my home editing bay with new computers, monitors and appropriate software to accommodate such a 4K restoration.

Many who participate in this forum know that the “Grimm” elements had suffered damage due to some sort of a flood many years ago at MGM and until now there has been an understandable hesitancy to attempt such a digital restoration due to the great expense of dealing with these 3-panel films. Utilizing some new amazing software and much faster computers, it is possible to perform restoration miracles in your own home restoration/edit bay. At this point you might want to see my former comments (#20 in this thread) from back in 2018 called “The Grimm Truth about Brothers Grimm” to get an idea of the challenge we faced. Truth be told, and to my relief, I did not have to follow up with all of my former assumptions.

Fortunately, we found the negatives were in somewhat better condition than a 1994 inspection report seemed to indicate, however still problematic with the many damaged and worn areas. Digital restoration can allow a lot of flexibility that photo chemical or earlier digital work could never accomplish. We can now report that we have repaired all the damaged areas in “Grimm,” including compositing and aligning the 3 panels which now look quite stunning. For those who are very familiar with the 35mm CinemaScope version that has appeared on TCM, this restoration will appear like a completely different film as if it was shot yesterday. We also obtained some IB Technicolor frame clip samples from the Bradford UK print and we feel we can give the final film something very close to the Technicolor look that audiences originally saw back in 1962. Having done all the former Cinerama 1950s travelogues and dealing with their many grain problems, “Grimm” seems to have an almost grainless look to it now, other than some of the vintage 1961 opticals. Correcting some of the damage required several digital passes, that’s why our original composite assembly master (3 panels aligned and joined together) was in 6K so we could suffer multiple digital passes, however the actual restoration work is being done in 4K for speed and rendering efficiency. As with Warner Bros. “How the West Was Won” digital remastering back in 2008, the legendary Cinerama join lines are practically invisible with “Grimm” as well.

We are remastering the film in both letterbox and SmileBox formats for eventual Blu-ray and DVD release from the Warner Archive Collection sometime later in 2021. I noticed in earlier comments that someone believed Cinerama Inc. pressured WB to release “How the West Was Won” in SmileBox. That is simply untrue, Warner Bros. asked for SmileBox early in the game for the “West” release. Due to the stunning reviews and comments for the “West” release, they clearly indicated to me, the SmileBox was a big part of that success as well as the inclusion of my documentary “Cinerama Adventure.” The only thing Cinerama Inc. ever required of a distributor was that Flicker Alley release the original travelogues in SmileBox in order to be more faithful to the original roadshow releases. It was I who insisted on adding the Cinerama Dome curtains to recreate as close as possible the original roadshow presentations for the home video release. FYI all the 1950s travelogues I have done exist in both straight SmileBox, SmileBox with curtains, and Letterbox digital masters. “Grimm” will grace the Cinerama Dome screen in Hollywood sometime next year before the eventual home video release. Since the project started last November, I have to say it has been a real pleasure working with Cinerama’s Jim Vandever and the Warner Bros. people such as George Feltenstein, Steven Anastasi and Craig Johnson. They are as thrilled as Tom and I to see it finally coming to fruition. A 15 to 20 minute documentary is also being planned about this restoration by award winning documentary filmmaker, Harrison Engle, to include interviews with the team and several before and after examples explaining in layman's terms how the project was accomplished."

"We are building the complete roadshow version with all the Overtures, Enter act & Exit music direct from the original 7-channel 35mm magnetic print masters."

Libeled Lady and The Pirate coming to Blu-Ray in the second half of November.
Top

Libeled Lady is one of the very best screwballs, consistently great throughout with a knockout ending. Even Spencer Tracy, who I generally dislike, is hilarious.
Top

They messed up and picked a good Minnelli!
Top

They also released The Reluctant Debutante recently, which I think is even better, so with this momentum maybe we'll actually get Some Came Running soon..
Top 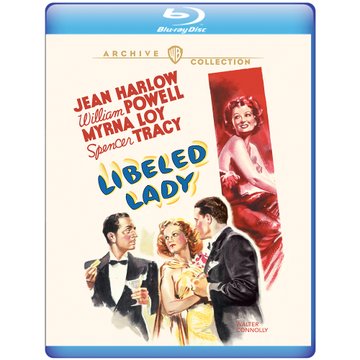 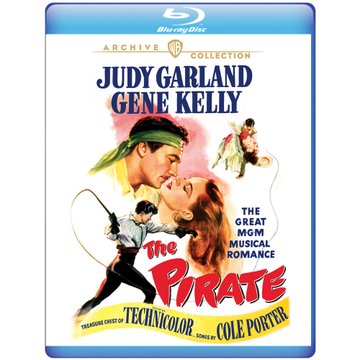 December is going to be abnormally PACKED with new releases. therewillbeblus wrote: ↑
Tue Oct 20, 2020 5:57 pm
They also released The Reluctant Debutante recently, which I think is even better, so with this momentum maybe we'll actually get Some Came Running soon..

While I wouldn’t rate The Reluctant Debutante up there with Minnelli’s best, it’s absolutely worth watching for Kay Kendall’s performance alone.
Top

therewillbeblus wrote: ↑
Tue Oct 20, 2020 5:57 pm
They also released The Reluctant Debutante recently, which I think is even better, so with this momentum maybe we'll actually get Some Came Running soon..

While I wouldn’t rate The Reluctant Debutante up there with Minnelli’s best, it’s absolutely worth watching for Kay Kendall’s performance alone.

I actually prefer it to The Pirate, but agree that she steals the movie, and it's depressing to think of how much more great work she could have done if she didn't pass shortly after the film's release
Top

It seems like we're never going to get Mr and Mrs Smith and Stage Fright on Blu-Ray.
Top

Libeled Lady's Blu-ray also comes with some additional shorts not present on the DVD, including New Shoes, which I wrote up for the 30s thread: 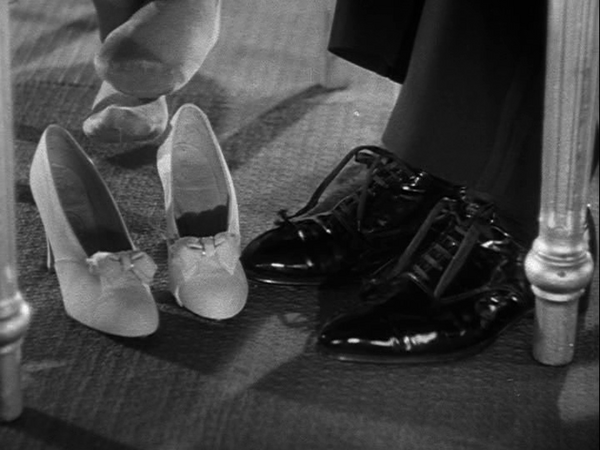 New Shoes (Sammy Lee 1936)
Two pairs of singing shoes fall in love at the same time as their owners in this cute MGM musical short. We get the requisite collection of dad joke puns (“Hold your tongue,” &c) and a nice song that gets sung several times, including once over the telephone, with the soundtrack going scratchy and tinny to match. But most importantly, we learn why new shoes always hurt: they do it out of revenge for us treating them so roughly when we’re first trying them out!

Are there any similar precedents of added shorts on WAC Blu-rays compared to earlier WHV DVD releases?
Top

I can think of at least a couple WB (but not necessarily WAC) upgrades that have done so, e.g. Hunchback of Notre Dame, Anchors Aweigh
Top

This is quite spectacular...so far

They just announced them! Tex Avery vol 2, the Harvey Girls, The curse of Frankenstein, The Shop around the Corner, Young man with a Horn, Mister Roberts, Holiday Affair and It Happened on 5th Avenue.

Holy hell, a lot of those are actually good movies. Young Man With a Horn is especially underrated but quite worthy of an upgrade. What a week this has been for good news
Top

Holy shit, what a lineup. This has been a pretty spectacular year for Warner Archives.
Top

Holiday Affair's DVD transfer was pretty rough, will be interesting to see what they've pulled off there for the Blu
Top

The Shop Around the Corner AND Holiday Affair? I'm in heaven.
Top