Took the words right out of my mouth.
Top

I'll already hearing friends call ABC's decision "worse than Fox to Firefly". I wouldn't go that far, but dammit. This was the one comedy that really appealed to me.
Top

Bummer! Are we supposed to trust the tweets from the B---?

TBS saved Cougar Town from ABC cancellation. May they do the same with this one?
Top

Ashirg wrote:Bummer! Are we supposed to trust the tweets from the B---?

TBS saved Cougar Town from ABC cancellation. May they do the same with this one?

Well, they just cancelled Wedding Band, so there is a slot open.
Top

If anything gets a TBS deal, it'll be the soon-to-be-canceled Happy Endings, as it's closer to syndication numbers.
Top

Surprised that this news hasn't yet been posted here.
Top

Krysten Ritter says the show's final eight episodes will appear on iTunes, Hulu, and ABC's website on May 17.

So all of the sudden we're just supposed to trust her?
Top

She's no longer in Apartment 23, so we're good
Top

I thought this was kind of amusing:

"Per TVLine, the final four episodes of "666 Park Avenue," which was canceled last fall, will air Saturday at 9PM from June 22 to July 13. "666 Park Avenue" will have the burn off of another canceled series, "Zero Hour," as its lead-in. Two episodes of "Zero Hour" will air from 810PM on June 15. It will then air Saturdays at 8PM from June 22 to August 3. ABC missed a golden opportunity to have a Saturday night line-up entirely of canceled shows with numbers in the title by relegating the unaired episodes of "Don't Trust The B in Apartment 23" to ABC. com and other online streaming sites."
Top

Did the final eight episodes ever end up getting posted online? The first eleven broadcast episodes of Season Two are getting booted off Hulu in two days, FYI
Top

For some reason the final eight seem to have disappeared from existence but they were posted on hulu for several weeks.
Top

Murdoch wrote:For some reason the final eight seem to have disappeared from existence but they were posted on hulu for several weeks.

That's a shame, because those episodes made me a renewed fan of the show, after ABC's bizarre scheduling killed my interest.
Top

domino harvey wrote:It's so sad that I've lowered my expectations to hoping that the complete series gets released to an actual DVD and not one of Amazon's CreateSpace DVD-Rs.

The entire show is now available for streaming on Netflix Instant, so if you have that, that's probably the better option.
Top

So I was skeptical but based on this thread, me and my wife started watching this show on Netflix. And you guys were right, it's really funny and charming. Man did ABC do a horrible job of promoting this one, I thought the commercials made it look insufferable.
Top

Ritter's back for Mission Control this fall
Top

For obvious reasons this'll be a year with a bit more time on ours hands for festive viewing, so I'm bumping this thread to remind anyone with access that the Thanksgiving ep It's a Miracle... is the greatest thing ever (and probably the best Thanksgiving themed TV or film I can think of offhand).

Edit: I now see a few people already mentioned it specifically upthread.. revisiting the episode again tonight, it's amazing how many off-color gags in this crude cesspool land. There are a couple that would never fly today.
Top

Thanks for the bump, though, totally due for a rewatch of this series. No comedy since has really scratched the same itch.
Top

I did a full revisit of the set this weekend, and agree there's something very unique and downright comforting about it all, granting permission to find the good in societally-condemned "bad" behavior, and an odd familiarity in surreal cartoonishness. The Thanksgiving ep definitely benefits from a cumulative binge, since a few of the gags are based on information (and obviously fleshed-out dynamics) from earlier in the series, but it's not necessary to enjoy some of the boldest individual or situational jokes.
Top

I also did a rewatch on Hulu this month. Put on one episode before bed, then a few days later I had burned through the series. I wish more creatives saw the screwball comic potential in all these stars. Eric Andre seems to be the only one who has had the opportunity with his series The Eric Andre Show. Dreama Walker in particular is sadly undervalued. The Thanksgiving episode is a terrific showcase for her verbal and physical comedy. Her line "I'm money, bitch!" slays me every time.
Top

The Black Friday joke is irreverence at its finest, only one-upped by the handicapped long-gag. Of course, the casting of Eric Andre is a joke within itself, since he plays easily the most square, put-together 'real' person in the show, and in actuality the man's entire career has been the product of no-filter crude insanity.
Top

Glad to see the source of my avatar is still getting talked about! This is one of the few shows I think deserves the designation of "cancelled too soon." The show was really hitting its stride when it got the axe. The biggest casualty seems to have been Dreama Walker, who has mostly had bit TV and movies parts since the show, despite her showing the biggest range as June.
Top

Despite being one of those exceptional sitcoms where the bulk of its success lies in a perfect cast executing the smart writing, some of the visual jokes are among its finest moment, my favorite being
SpoilerShow 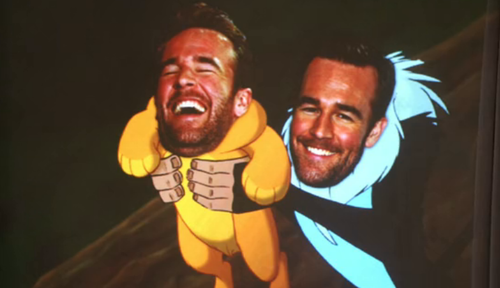