What a movie this was!

I think Zulawski has done well to piece the remains of the film together, using narration and inserted scenes of city streets and nature as connecting tissue between the segments of the movie. The elliptical narrative and jittery, visceral camera work maintains interest throughout but I felt at times the events teetered dangerously on monotony, with frustrated disengagement the by-product of the erraticism and incoherency that lies at the heart of the film (and it's production history). This is not to say I was 'bored' whilst watching the movie as I found myself compelled to watch throughout, enraptured by it's formal rhetoric and meshing of sci-fi fable and biblical parable. Visually striking scenes punctuate the film, particularly the erupting earth and sea, the battle with the Shernes, the impaled bodies, and the crucifixion. I was admittedly lost by the last third of the film, with characters traversing time and space at a whim and being unable to delineate the significance of the presence or attributes of certain characters within the final scenes, yet I was still enthralled. Undoubtedly this is due in part to the makeshift existence of the film as it stands, but I am also convinced that if the movie existed in it's entirety ambiguity would still prevail, and much to it's benefit. Gratuitous, overindulgent, and held together with filmmaking flair, all hallmarks of Zulawksi and characteristics that make the movie what it is, haunting and beautiful, allowing - in part - for it to transcend it's troubled history. I couldn't help thinking throughout that this is perhaps some indication of what Jodorowsky's take on 'Dune' would have 'felt' like.

The Polart DVD (a bootleg apparently?!) leaves a lot to be desired - extremely poor picture quality and inadequate subtitles don't help one's attempts at deciphering this enigma. Contextual information on the production history is a necessity, and some notes on the 'Luna Trilogy' novels by Zulawski's granduncle would be a nice touch too - Has anyone actually read them? Are they available outside of Poland, or even in Poland? How popular are they?

I have the Polart DVD and yes, it's a frustrating experience from memory. When Zulawski stopped working on it in the 70s and hot-footed it for France, what footage he had was either smuggled out of the country or burned or whatever - trying to restart it a decade later and expect it to seamlessly work again was always unlikely. I should watch it again. It has the same heightened level of melodrama that TTPON, The Devil and Possession has, which you either tolerate or don't (I rate Possession as one of my ten favourite ever films).
Top

I'm a little wary of Zulawski... my first experience with him was Possession, which I thought was great, but then I went on to La Femme Publique, which was so-so for me, and then L'amour Braque. L'amour I just found downright intolerable for a number of reasons. This movie sounds like it might suit my tastes... is it comparable to these other films?
Top

The Polart DVD is a little frustrating. Mondo Vision should come to the rescue.. and translate and publish the Luna Trilogy while they're at it. Bind the whole package in crocodile leather and we have a winner.
Top

No English subs though...
Top

I've been watching Zulawski from the Mondo Vision releases after only seeing Possession. I don't think they quite reach the same level as Possession not because of Zulawski's film making abilities but maybe because the actors can't push themselves to the 10+ range that Adjani and Neil managed in that film. I felt L'amour Braque which was visually stunning, well directed and written was let down ultimately by actors that couldn't quite reach the pitch to which their roles were written (I find a similar thing in Demy's movies like Donkey Skin where only Delphine Seyrig seems to hit the right notes in her role).
Top

Camera Obscura wrote:The Polart DVD is a little frustrating. Mondo Vision should come to the rescue.. and translate and publish the Luna Trilogy while they're at it. Bind the whole package in crocodile leather and we have a winner.

Would you accept velvet or leatherette?
No animals will be harmed in the production of this DVD.

This is streaming on yet another new, curated streaming service, for free, and it looks to be the restoration: http://exmilitai.re/film.html

It's only available until June 15th.
Top

This is streaming again. I really wish this would get a blu-ray release and gain a larger following.
http://exmilitai.re/film
Top

The novel is finally available in English. 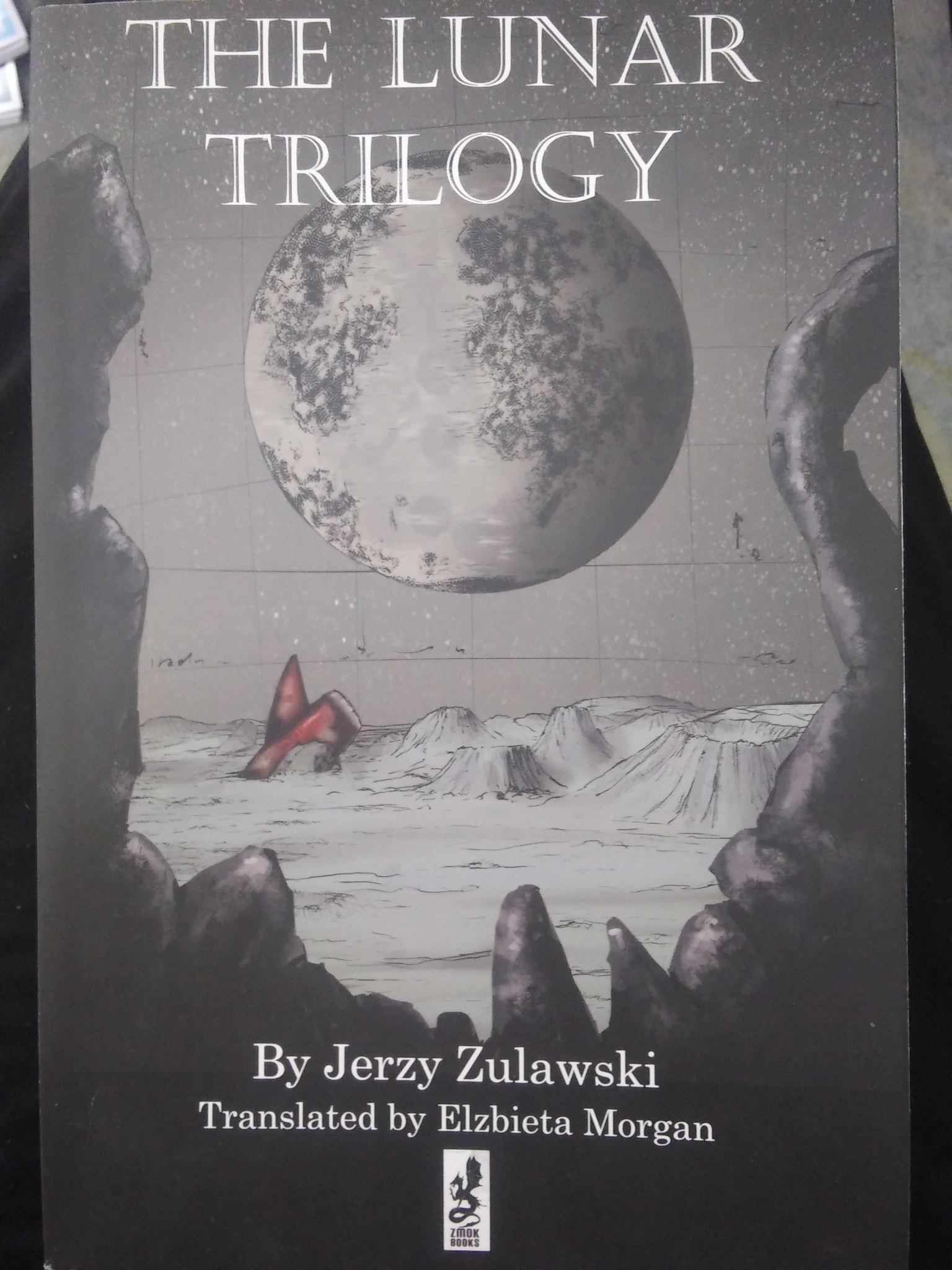 cowboydan wrote: ↑
Fri Sep 25, 2020 3:37 am
This is streaming again. I really wish this would get a blu-ray release and gain a larger following.
http://exmilitai.re/film

Not sure about getting it a larger following, but there is a pretty good-looking Japanese blu ray of the film, albeit with no English subtitles.
Top

cowboydan wrote: ↑
Fri Sep 25, 2020 3:37 am
This is streaming again. I really wish this would get a blu-ray release and gain a larger following.
http://exmilitai.re/film

Not sure about getting it a larger following, but there is a pretty good-looking Japanese blu ray of the film, albeit with no English subtitles.

I've since listened to the "Projection Booth" podcast episode about the film. It includes an interview with Zulawski's biographer Daniel Bird. He stated that the rightsholders in Poland have denied multiple offers from distributors in the UK, US, France, and Germany. The rightsholders are expecting way too much.