New features announced for Romeo is Bleeding. I wish Medak himself had recorded a commentary

Is Medak typically such an outstanding commentator that a 43-minute interview feels like you're being short-changed? There's every chance that he was offered the option and that the interview was his choice!
Top

MichaelB wrote: ↑
Fri Jan 22, 2021 12:35 pm
Is Medak typically such an outstanding commentator that a 43-minute interview feels like you're being short-changed? There's every chance that he was offered the option and that the interview was his choice!


Oh, I know. He IS a very engaging and informative commentator, though. Still, I also would've liked to have heard from the film's writer/producer, Hilary Henkin, but maybe she was unavailable or
dissatisfied with it. She was the first female writer to earn a cool million for a screenplay, and the film was hyped up a lot before its release.
Top


• Audio commentary by film historian Jenni Olson (2020)
• The Kiss – The Women Who Made a Movie Masterpiece (selected episodes, 2020, 108 mins): writer and journalist Bibi Berki takes us through the making of Mädchen in Uniform and explores the exceptional women who came together to make it in this podcast by Tempest Productions
• A selection of treasures from the BFI National Archive to charm and delight: Tilly and the Fire Engines (c1910, 2 mins), Hints and Hobbies No.11 - 'Hints to the Ladies on Jiu-Jitsu' (1926, 4 mins), Day at St. Christopher's College and School (1920, 18 mins), 4 and 20 Fit Girls (1940, 11 mins)
• Other extras TBC
• **FIRST PRESSING ONLY** Illustrated booklet with new writing by So Mayer, Chrystel Oloukoï, Bibi Berki, Henry K Miller and Sarah Wood

”Other extras TBC” but this already looks great now.
Top

I can imagine Radio On and I Start Counting being Flipside releases.
Top

Going by the covers, only the latter is 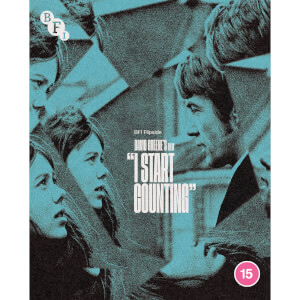 This is directed by the guy that did Godspell, by the way
Top

Piccadilly! At long last! Hopefully A Cottage on Dartmoor will follow.
Top

It's been a full year since Richard Strauss music fell in public domain. Why is BFI sitting on "Dance of the Seven Veils"?
Top

patreig wrote:It's been a full year since Richard Strauss music fell in public domain. Why is BFI sitting on "Dance of the Seven Veils"?

It’s the BBC’s property, not theirs, so I imagine they’re not in control of any timetable.
Top

Where to begin with John Ford
Top

Very excited to hear about Radio On and Piccadilly getting the Blu-ray upgrade.
Top

Pat Murphy's Maeve is also coming in May.
Top

One of Our Aircraft Is Missing coming in June
Top

Nice, we knew this was coming but I believe it's been delayed several times within the last year - the only circulating copy I was able to see recently is godawful so this is most welcome
Top

One of my holy grail titles. I hope the BFI can eventually get Conceiving Ada with Swinton as well.
Top

This is the upcoming title that I'm most looking forward to - it's a fascinating work that uniquely (or, at least, I'm unaware of any other examples) provides us with a feminist perspective on The Troubles. Extras appear to still be TBC but it feels like the kind of release on which the BFI will serve up some goodies from the archive but we have to wait and see.

Pat Murphy's follow-up, Anne Devlin, recently placed at number 3 on The Irish Times' list of Top 50 Irish films - behind Barry Lyndon and Huston's The Dead, so it was the highest placed work by an Irish filmmaker. It was also recently restored, so hopefully will see a release from somebody.
Top

Not coming in June but later in 2021; was apparently incorrectly listed at HMV somehow. Still, much like Targets it'll be very appreciated!
Top
Post Reply
1447 posts