If I remember rightly, the official position for ages was just "2020".
Top

chatterjees wrote: ↑
Tue May 12, 2020 1:49 am
I watched first 10 minutes, and there is no white line. Why should there be one. This is the Arbelos new 4K restoration. The film even started with the Arbelos logo. Also, if AE can borrow this print and release the BD, how come Arbelos can't release their own restoration? Why is it delayed till Nov,2020?

I think the were hoping to release in art houses over the summer before a home video release. But I could be misremembering.
Top

Arbelos is a small company only just getting started - they do not have the infrastructure and rigid production schedules that a label that releases titles every month like Curzon and AE would have. There is no rush - just because their international partners are able to get a release out a little sooner doesn't mean they shouldn't do what they can to get a release together that they're happy with.
Top

tenia wrote: ↑
Tue May 12, 2020 3:30 am
Screenshots are now up on caps-a-holic and it looks like the AE DVDs were showing too much picture in the frame since it had even the round corners of the frames showing.

But the Arbelos trailer on YouTube has the exact same ratio as the DVDs. And since the restoration was supervised by Tarr himself, I assume it's the correct ratio. Seems like AE has messed up with the Blu-Ray. I'm wondering why?
Top

chatterjees wrote: ↑
Tue May 12, 2020 1:49 am
I watched first 10 minutes, and there is no white line. Why should there be one. This is the Arbelos new 4K restoration. The film even started with the Arbelos logo. Also, if AE can borrow this print and release the BD, how come Arbelos can't release their own restoration? Why is it delayed till Nov,2020?

The white line is very thin, very thin indeed, on either side of the screen, maybe I'm not describing it properly. I can't do screen caps, but I took a couple of pictures that I'm not sure how to share here that show what I'm talking about. Interestingly that lines are not visible on the credits or the intertitles. It may be some obscure setting on my TV.
Top

I'm perfectly content waiting for Arbelos' version. Especially knowing the encode will be done right and the supplements will be worthy
Top 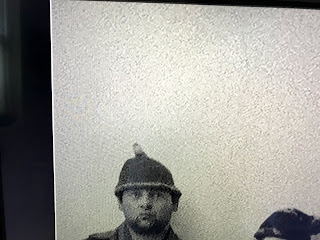 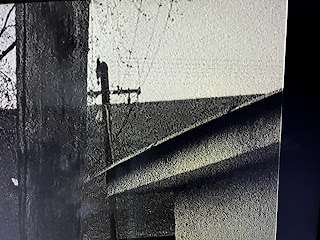 Hope that clarifies what I was talking about. That odd little narrow line of brightness at the edge of the image.
Top

And so it was -- adjusting the sharpness down a bit righted this issue. Sorry for the threadjack. Curious thit's never been an issue for me before.
Last edited by Roscoe on Tue May 12, 2020 4:55 pm, edited 1 time in total.
Top

Roscoe wrote: ↑
Tue May 12, 2020 4:33 pm
And so it was -- adjusting the sharpness down a bit righted this issue. Sorry for the threadjack. Curious that it was an issue only on this disc.

Please don't take this as hectoring, but I believe the rule-of-thumb from most AV experts is that the monitor's sharpness setting should be turned all the way down to zero to accurately display the image off any disc or stream. I know it's the first thing I do when setting up a new TV.
Top

Not taken as hectoring, thanks for the advice.
Top

Roscoe wrote: ↑
Tue May 12, 2020 4:33 pm
And so it was -- adjusting the sharpness down a bit righted this issue. Sorry for the threadjack. Curious that it was an issue only on this disc.

Please don't take this as hectoring, but I believe the rule-of-thumb from most AV experts is that the monitor's sharpness setting should be turned all the way down to zero to accurately display the image off any disc or stream. I know it's the first thing I do when setting up a new TV.

Although you should confirm what the neutral setting is for your particular TV brand/set from somewhere like RTings. E.g., the neutral sharpness on Sony sets is 50/100.
Top

I have to correct myself. It seems like there is a perpendicular white line bordering the side black bars. Sorry I missed it last night.The white line is most prominent on the right side.
Top

I've been watching the Arbelos blu, and it's so wonderful to finally see this film clearly after two watches on the Facets DVDs across the last six years or so. The segment with Estike was always one of my least favorites despite most hailing its power, but this visit destroyed me. The narration of her final thoughts fighting nihilism with delusional harmony of which she's an integral part made it even more tragic, taking something I also choose to believe in subjectively to give my life meaning and juxtaposing it against the harsh images of a cold neutral world.
Top

I'm excited. Mine should get to me by Tuesday. How many sittings are you attempting?
Top

Both times I've watched it I've done so in a single day, the second time in one sitting, so I didn't feel as obligated to cram this third time (even if it's inarguably the best way to consume the film, it would have meant sacrificing some weekend plans, much needed during lockdown). I watched the first part last night, the second part this afternoon, and I'm just starting the third part now, so more or less across two sittings. I'm generally not a fan of breaking up any film- or miniseries I consider a long film- because it dilutes its power, but that often requires some careful scheduling. It's definitely worth it for Sátántangó though, which might be only second to La flor in a hierarchy of long films whose impact rests most on a singular comprehensive digestion (both are great split up too, but far more revealing masterworks taken in one gulp).
Top

Does the Arbelos have the 7hr+ film on a bluray disc, and extras on a DVD disc? (I see conflicting info at various sites.)
Top

No, parts 1 and 2 are on the first blu-ray disc (running ~2hrs 15 min and 2hrs 4 min, respectively), and part 3 (2hrs 57min) and extras are on the second blu-ray disc. I'm not sure if the first disc also carries some extras- it might- but I'm currently still watching part 3 (well, paused) so I can't check right now
Top

To add to the mess, I think that the Arbelos image looks stretched, especially in the close-ups where every actor is a bit "long in the face". Then, on the other hand, grain is far better rendered on the Arbelos which also has a significantly higher bitrate than the AE.

I'm about to buy one of the editions, however I'm a bit perplexed now. Has anyone looked into this?
Top

I'd be inclined to trust Arbelos, because 1.66:1 is a standard European aspect ratio in a way that the AE ratio isn't, and David Mackenzie authored it and tends to get this sort of thing right.

And I'd be inclined to favour Arbelos anyway as they did the heavy lifting when it came to restoring the film in the first place - and projects like this should be invested in directly.
Top

I'm not an expert on detecting these things, but having finished the Arbelos last night, I can't praise the restoration highly enough. I didn't notice any stretching and it looked 1.66:1 to me. Buy with confidence.
Top

Thank you, both. Ordered!

Looking forward to see this film again. Must have been five years since my last viewing, which was, amazingly, a theatrical 35mm showing at my local cinematheque. Of course they had arranged a dinner break in the middle where we were served gullasch, of course.

Prior to that I'd only seen it on DVD, the old AE edition, which didn't compare at all to watching it theatrically. Luckily, it looks like this Arbelos release will come close.
Top

Yes, this Arbelos edition is fantastic. What a beautiful film!

I watched part 1 last night. (Regretfully, my life schedule does not allow for an uninterrupted single viewing.) Once you become accustomed to the "rhythm" of this film, you no longer sense long takes. 2hrs17min just flew by. Tarr pulls you into his world, which is always moving and progressing. Not a single second is wasted.
Top

Arbelos put together a great release. I appreciated how digressive they left the interview with Mihály Víg, who was thoughtful and fascinating. The real gem of the disc, though, is Kevin B. Lee's video essay. Like David Bordwell, Lee has a knack for concrete formal analysis and can meaningfully tie together form, content, and viewing experience. The essay is truly eye-opening and offers refreshingly unpretentious insights into a film often surrounded by a cloud of hyperbole and generalizations.

This was my first viewing and I was continually caught off-guard by the film's variety of approaches from chapter to chapter or even shot to shot (one reason why those generalizations aren't helpful). At different points, it's a rural noir, a fable, a neo-realist document, a pantomime, a hallucination, an ambient drone, &c. Some chapters are like complete films in themselves, others are unruly fragments. Sometimes it's elementally simple, other times it's complicated, ironic, and literary. Maybe this is a stretch, but it reminded me of the literary tradition of epics such as Paradise Lost (which also has twelve stylistically distinct chapters and repeats events from different perspectives), during which Milton tries to encompass nearly every genre of poetry. Though in the film, this is more a matter of modulation than of drastic shifts; it's minimal and repetitive while continually changing and expanding. The comparison extends to how Milton's characters are sometimes portrayed as archetypes, i.e. The First Humans, and other times resemble real people: Adam and Eve in flesh and blood. I felt Sátántangó moving similarly between documentary specificity and a cosmic or allegorical mode, without clear delineations.

The other thing the film does to keep its audience on their toes is to put a focus on the present, through the disorienting long-take style, while constantly tugging us into the future or back into the past, through the narrative's use of suspense and repetition. This is a more suspense-driven film than it appears. It's just that the suspense is deferred to an absurd extent or it's counteracted by the film's non-narrative side. Bordwell makes the key point that Tarr's long takes are often "open-ended," not building or exploding the way Akerman's or Tsai's do. I'd also say that the long takes in Sátántangó range from rigorously choreographed and overstuffed to loose, improvised, and empty. Which is another reason why I was never quite sure how to interact with them.

For all these reasons, I look forward to revisiting it. Even though I'm not yet sure how I'd evaluate the film overall — I mean, what do you compare it to? — I found it intense and absorbing from end to end and am still reeling from the experience days afterward.

As a side note, I found it interesting not only that the filmmakers used a rain machine throughout, but that it was used so transparently. The shot from early in the film that opens the re-release trailer makes it clear that the rain extends maybe 20 feet in front of the camera while the rest of the road is dry. You can see the border where the artificial rain ends and how it inches forward as the camera and crew move forward. In a lot of scenes the rain is like that, appearing in rhythms or patterns which give it an abstract element, even as the actors and footage feel palpably wet.
Top
Post Reply
194 posts