Interesting. I wonder if the Arrow will have two versions as well. Any ideas as to why this is even necessary?
Top

I guess the 8mm one is the original cut but in a lesser quality.
Top

Since the film was originally shot on Super 8, the exact opposite should be the case.
Top

My understanding with regard to the Arrow release - so I assume this applies to the Cult Epics one too - is that Jörg Buttgereit is deliberately not cleaning it up too much, as the rough and grimy look was very much part of the original aesthetic.
Top

And is it the case then that the Super 8 version won't be cleaned up too much either? Or is the inclusion of the 35mm blow up version necessary because the Super 8 version looks *too* good, and so they've included a more faithful version by going back to a beat up 35mm print? That's the only reason I can think of to include 2 versions.
Top

Absolutely no idea - you'll have to ask Cult Epics.
Top

My copy of this came today, and there's a sticker on the front that says it's a limited edition of 10,000 copies, not 2000. Seems like an awfully big number for a film like Nekromantik...
Top

Der Todesking on DVD and blu-ray on June 9 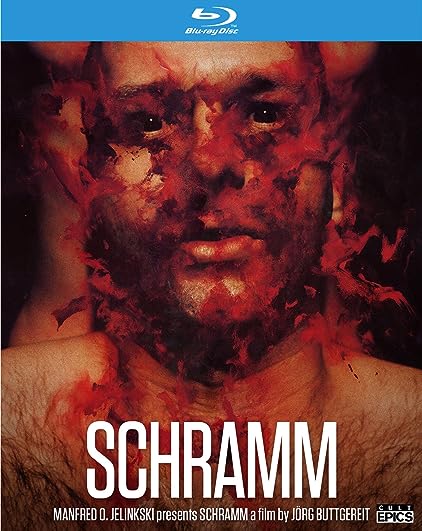 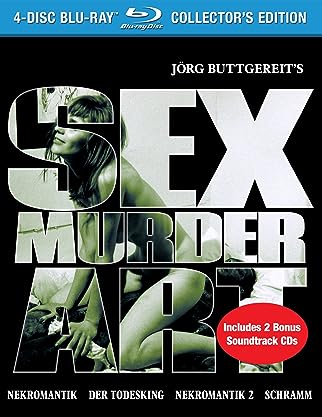 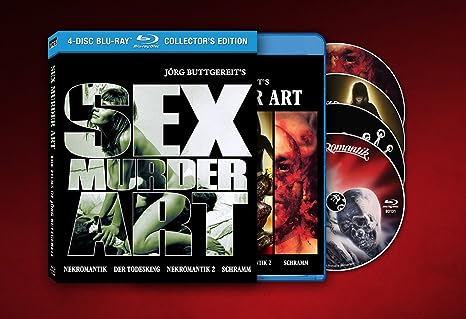 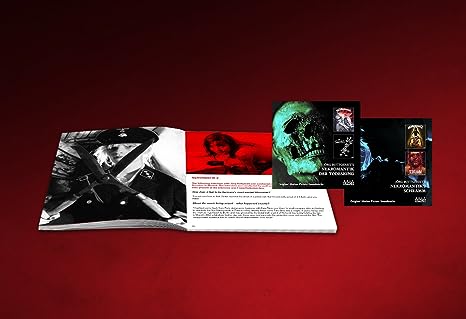 Cult Epics presents Sex Murder Art: The Films of Jorg Buttgereit, a collection of his four horror underground films; the necrophilia classics Nekromantik & Nekromantik 2, the death and suicide anthology Der Todesking (The Death King) and the premiere of the serial killer film Schramm on Blu-ray. Includes exclusive Soundtrack CD's of the films and a 40-page booklet containing interviews and photos with Jorg Buttgereit and collaborators. Fully Uncut & Uncensored versions.

Anyone else try to watch their Death Laid an Egg blu? I had to stop after about 15 minutes. Between that and the lackluster book, which is more of a glorified CE catalogue, it’s safe to say this was the worst crowdfunder I’ve contributed to (having successfully avoided the Manos incident).
Top

The US BD from Cult Epics is indeed a tremendous technical misfire and has been generally panned for these reasons. You're not alone there.
Top

I really liked the first two thirds of Augusti Villaroga's Moon Child. Very tasteful production design and cinematography for a Suspiriaesque horror movie. Humor and absurdity were added in right doses. Story didn't have much to do with Aleisteir Crowley's book and it's post-WW1 esoteric scene seems to be more influenced by Rudolf Steiner and anthroposophy. Dead Can Dance soundtrack was a bit underwhelming mostly, but Lisa Gerrard gave amateurishly fresh performance. Last third was not terrible but didn't really work that well either.

Villaroga's 15 minutes interview on Cult Epics release was pretty meh as the director didn't talk much English and it seemed like the interviewer had not done his homework about the movie.
Top 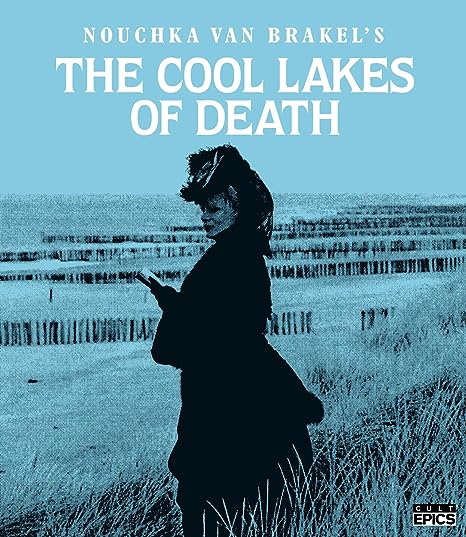 From the acclaimed novel by Frederik van Eeden, The Cool Lakes of Death (Van de Koele Meren des Doods) is the magnum opus from pioneering feminist filmmaker Nouchka van Brakel. A celebrated Dutch masterpiece, The Cool Lakes of Death is a historic melodrama featuring an outstanding performance by Renée Soutendijk (The 4th Man) as Hedwig, a wealthy woman who falls victim to a loveless marriage and the loss of her lover (Derek de Lint) and child that leads to mental illness, prostitution and addiction – before finding possible redemption. A box-office smash upon its release in 1982, The Cool Lakes of Death remains one of the greatest Dutch drama films in history and was subsequently the Dutch entry for ‘Best Foreign Language Film’ at the Academy Awards.

Cult Epics presents Nouchka van Brakel’s The Cool Lakes of Death for the first time in North America on Blu-ray & DVD in a newly restored High-definition 4K transfer and with new bonus features.