A new label, distributed by Vinegar Syndrome, which is "focused on reissues of maverick repertory cinema and music that can best be described as works that exist "outside of their time." Spanning an array of genres, artists and countries, but with a unifying focus on forgotten and overlooked treasures, each Fun City release, be it a Blu-ray or vinyl LP, will present new restorations and comprehensive extras which contextualize and illuminate the artistic and historic value of the piece."

Their first couple of releases: 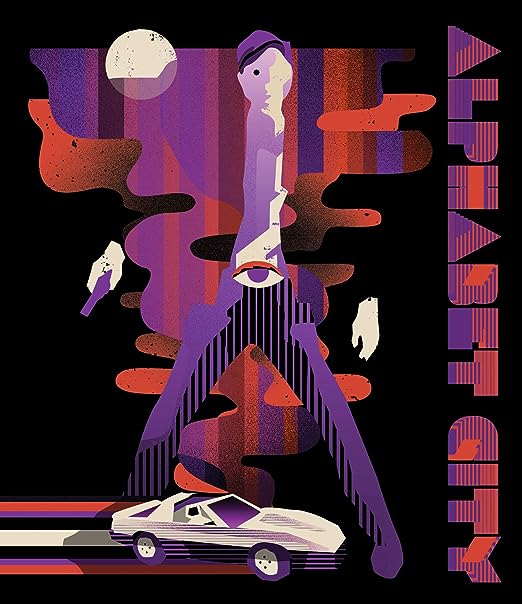 Johnny (Vincent Spano, Baby It's You and Over the Edge) controls the drug trade in New York's rough Alphabet City neighborhood - as long as his mob bosses let him. But, when he refuses to follow orders to torch the tenement building he grew up in, Johnny puts himself and his loved ones in their unforgiving crosshairs. No Wave filmmaker Amos Poe's (The Blank Generation and Subway Riders) neo-noir cult favorite oozes '80s neon-lit, punk-tinged style.

Restored and available on Blu-ray for the first time, Alphabet City is an evocative cinematic snapshot of a New York City that has long since vanished. 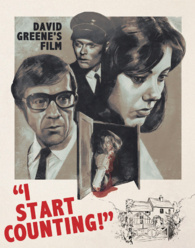 As young Wynne (Jenny Agutter, Walkabout and An American Werewolf in London) comes of age, a psychotic killer of teen schoolgirls stalks her hometown, which is rapidly transforming from an antiquated village to a forward-looking "new town." Is the murderer Wynne's much older foster brother George (Bryan Marshall, The Spy Who Loved Me and The Long Good Friday)? The conflicted Wynne is deeply in love with George, but also fears that he is guilty of the horrific crimes. Director David Greene (Godspell, The Shuttered Room and TV's Roots) imbues Audrey Erskine Lindop's unsettling story with sensitivity, social commentary, and a haunting ambience.

An impressive roster of behind-the-scenes talent contributes to the look and feel of this cult favorite: writer Richard Harris (TV's The Avengers and Man in a Suitcase), cinematographer Alex Thomson (Excalibur, The Keep and Labyrinth), and production designer Brian Eatwell (Walkabout, The Man Who Fell to Earth and White Dog). The innovative music score is by pioneering electronic and experimental composer Basil Kirchin (The Abominable Dr. Phibes and Mutations).

This long sought-after thriller is a gem of late-'60s British filmmaking, now restored and ready to be rediscovered!

As young Wynne (Jenny Agutter, Walkabout and An American Werewolf in London) comes of age, a psychotic killer of teen schoolgirls stalks her hometown

Is this what they mean by a “Fun City”?
Top

Hi, I'm a member and very infrequent poster here, as well as the person behind FCE. I can tell you that our name is an homage to the nickname for the NYC of the John Lindsay years and beyond. Late '60s - '70s.
Top


The dam has finally burst on Frank Perry!
Top

As teased on their Instagram, Walking the Edge is coming 'springtime'.
Top

We'll also have RADIO ON coming later this year.
Top

Very excited about this new label. Smile was a film that I always wanted to land with Criterion after the release of Downhill Racer, but it seems like less of the sort of thing they’re interested in releasing these days. It’s both hilarious and with a sort of underlying darkness about small town Americana. I also can’t recommend Walking the Edge enough. I caught it initially during the New Beverly’s month dedicated to Nancy Kwan as I was sort of curious about the pairing of her and Robert Forster. After the messy first feature, Wonder Women, I sort of anticipated this to be mediocre, but was taken aback by just how fun it is. A great thriller with pockmarked legend Joe Spinell wearing the tightest pants with one of the most pronounced moose knuckles in cinema history. Few things I enjoy more than seeing Forster and Kwan share McDonald’s in his small Fairfax District apartment. I liked it so much, I went to see it again when it was screened again for Forster’s memorial month there.

I just ordered Jeremy, a film I had never heard of before its release, as it seems exactly like the sort of film I would enjoy. Looking forward to see what else they have for the future.
Top

I just received my copy of Alphabet City, with the slipcase and I'm so happy with the quality of the film, extras and packaging.
I'm now definitely looking forward to picking up all future releases, as best I can, particularly Jeremy and I Start Counting (how can anyone pass on Jenny Agutter?).
Top

kneelzod, I just wanted to send a big thanks for your efforts behind Fun City, which is quickly becoming a favorite label of mine. If I may offer a couple of suggestions for possible FCE future releases:

Ronald Maxwell and Kimi Peck's shockingly honest and touching coming of age picture, Little Darlings, which meant almost as much as The Bad News Bears did to me back in 1980. That's, of course, a Paramount holding, so probably unobtainable, but it never hurts to ask.

The other may be more doable: Paul Morrissey's bananas NY street/mafia comedy, Spike of Bensonhurst. It and Morrissey's earlier picture, Mixed Blood, seem right up the label's alley.


Ronald Maxwell and Kimi Peck's shockingly honest and touching coming of age picture, Little Darlings, which meant almost as much as The Bad News Bears did to me back in 1980. That's, of course, a Paramount holding, so probably unobtainable, but it never hurts to ask.


I'm sure this title is near the top on many film buffs' wish lists, but it has simply insurmountable music clearance problems. The UCLA Film & Television Archive showed an absolutely flawless print several years ago, and the archivist confirmed as much, too.
Top
Post Reply
14 posts • Page 1 of 1