Discuss DVDs and Blu-rays released by Second Run and the films on them.
Post Reply
51 posts
Message
Author

What a revelation! Watched this last night and would echo all the positive comments above. Would urge members to buy this in the hope that it might encourage Second Run to release more of what appears to be an extensive filmography if Peter Hames's sleeve notes are anything to go by.
Top

It was another blind-buy from Second Run and I'm glad I took the plunge. Excellent film. If SR ever consider a Blu-Ray, I'd buy again.
Top

Little White Lies magazines 'Best Home Entertainment Releases of 2015' names three Second Run titles in their Top 20: DRAGON'S RETURN at #13; PICTURES OF THE OLD WORLD at #9 and ALL MY GOOD COUNTRYMEN at #4!
Top

"A tremendous piece of cinema... stands mightily as an astonishing work of art even when isolated from its political context. The reality of modern film viewing is fluid. It's unattached to any such political movements and those viewers unaware or unwilling to fully immerse themselves in the necessary context shouldn't be punished. The truly excellent artistic endeavors always exist outside the boundaries in which they were created, and All My Good Countrymen is no different. The film is a miracle of narrative expression"

Mondo Digital on ALL MY GOOD COUNTRYMEN thinks you should be

"astonished by Second Run's UK DVD, which comes from a recent 4K restoration of the film courtesy of the Czech National Film Archive. As you'd expect, it looks immaculate and pushes the limits of SD about as far as they can go."

"[Jasny] has a gift for creating stunning compositions... a deeply personal, stylized, and mythic cinematic elegy to a traditional way of life... Jasny’s pastoral idyll may be touched by sentimentality but it’s a magical work"

DO NOT buy the R1 double feature DVD that has Cassandra Cat and Carnival Story. It is TERRIBLE!!!

For some related extra-curricular fun, you can visit Telč, Czech Republic and see many of the locations used in the movie (e.g. parts of the square and the castle).
Top

DO NOT buy the R1 double feature DVD that has Cassandra Cat and Carnival Story. It is TERRIBLE!!!

For some related extra-curricular fun, you can visit Telč, Czech Republic and see many of the locations used in the movie (e.g. parts of the square and the castle).

Thanks - weirdly, I was in Brno a couple of years ago and bought this DVD from the Bontonland there

What are the chances this ever gets blu upgrade? I know the DVD came out right before SR started doing blu and the DVD already has the 4K restoration.
Top

An early film by Vojtech Jasný is one of Second Run's forthcoming releases.
Top

only 80 viewers on Letterboxd, this seems very little seen. maybe MichaelB or someone else qualified can speak to how hard this one was to track down.

I'd have to imagine Jasný's other films (All My Good Countrymen!) will be forthcoming too.
Top

There was a Czech DVD of this with English subtitles from over a decade ago. I remember it having a lot of pastoral beauty, but the details are foggy. So it's available, but there's definitely room for improvement!

As far as Jasný goes, I'd be most excited for an upgrade of When the Cat Comes (aka Cassandra Cat) which is a lovely technicolor fairy tale. I adore it immensely.
Top

Blu-ray upgrade listed as part of a two-disc Jasný set, along with Desire
Top

Oh, that's fabulous news. I kept meaning to import the Czech BD and add the subtitles from the Second Run DVD, but now I won't have to.
Top

I knew this was coming (I specifically emailed them and asked) and glad to not only see it confirmed, but as a dual release! would love to see more of this model with say, Vlacil or some other directors

this already was a 4K restoration on DVD, it should look stunning
Top

The only way this news could be better is if The Cassandra Cat were a supplement, but that seems more than a little far fetched!

silliest complaint ever but it kills me when there is a reversible sleeve and both covers are truly excellent. might have to ask second run to purchase two cases 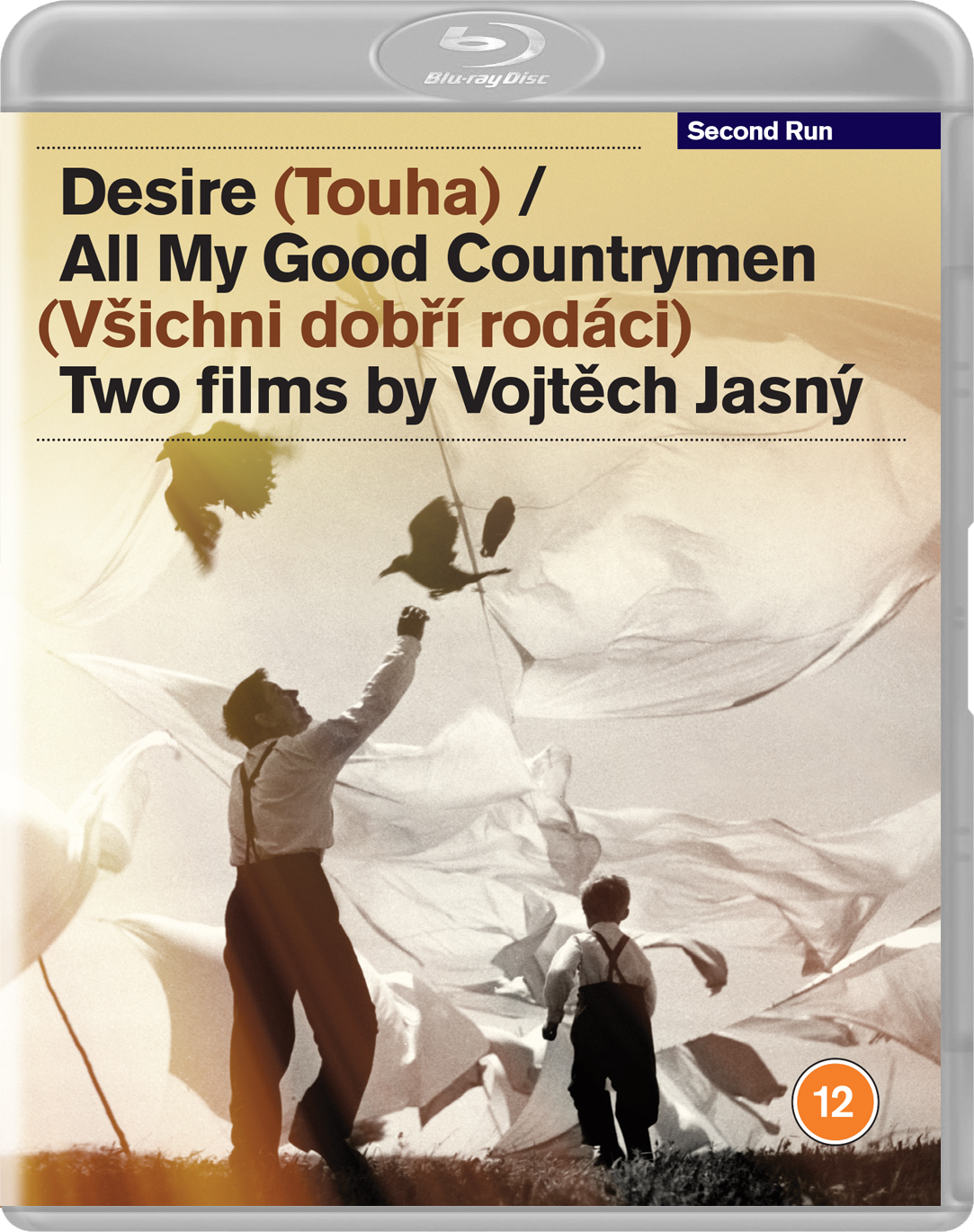 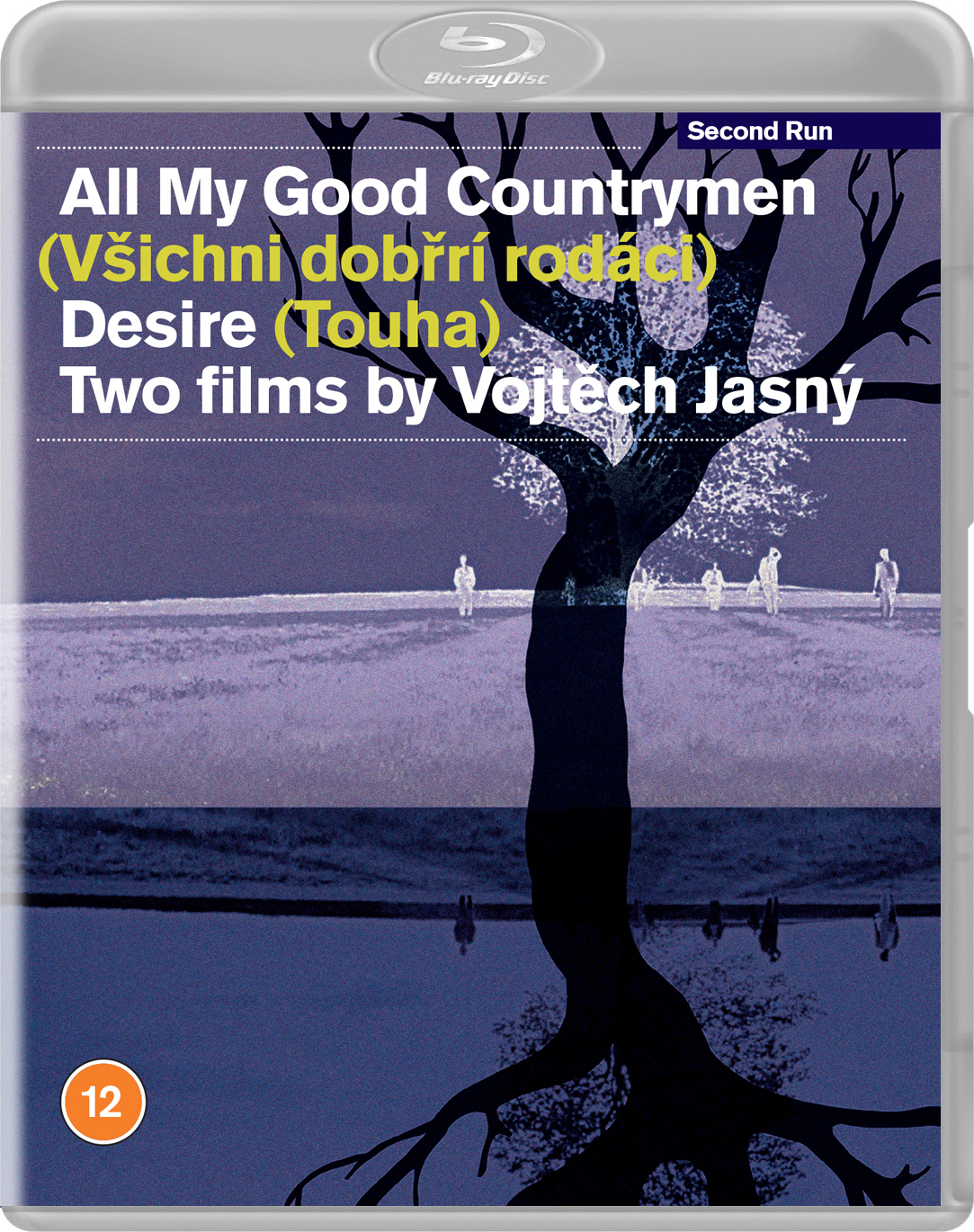 What A Disgrace wrote: ↑
Fri Jun 24, 2022 12:36 am
The only way this news could be better is if The Cassandra Cat were a supplement, but that seems more than a little far fetched!

It HAS received a restoration recently, I would be surprised if Second Run passed on it.
Top

there's no way they would've, hopefully we get it sooner rather than later. I'm actually surprised they didn't go for a Jasný box of three like the Hungarian Masters box. makes me wonder what they have up their sleeve for a holiday release*, as that would've fit the bill

(*-possibly a box of the new Jancsó restorations for the UK?)
Top

Echoing the enthusiasm for a release of The Cassandra Cat, which I haven't seen but which looks delightful.

Has there been any recent evidence to point to a release of Kachyna's Little Mermaid, by the way? I know Second Run retweeted something about it a while back. Hopefully we'll see both of these come out at some point.
Top

I'd love to see a boxed set of Czech fantasy/comedy/children's films. There's certainly enough to go around, and at least one major director who specialized in genre films (Oldrich Lipsky) whom Second Run hasn't touched upon at all.
Top

What A Disgrace wrote: ↑
Fri Jun 24, 2022 12:36 am
The only way this news could be better is if The Cassandra Cat were a supplement, but that seems more than a little far fetched!

...and it wouldn't fit the overall theme, which is to trace Vojtěch Jasný's Dovzhenko-like facility with the poetic potential of rural landscape across multiple films made over a nearly two-decade period.

Because despite what the cover says, this disc actually has four films by Jasný, three of them feature-length (the exception is the short Bohemian Rhapsody, which was on the earlier DVD but is upgraded to HD here), and I was especially grateful for Second Run's generosity in including Jasný and Kachyňa's joint debut, the 68-minute documentary It's Always Cloudy Here, because despite having to cleave to the then compulsory tenets of Socialist Realism (it's about a farm administrator's often lonely struggle to improve productivity in a remote farming village) it's clear that Jasný's ecstatic eye for landscape was fully developed even then.

This disc would be worth buying even if it only included a barebones presentation of All My Good Countrymen, but it's absolutely stacked - and firmly establishes Jasný as being every bit as good as his near-contemporary František Vláčil, whose work was similarly ignored for decades on account of not being "Czechoslovak New Wave" enough. But the New Wavers themselves knew how good Jasný and Vláčil were - not least because Desire and Vláčil's The White Dove were two of the earliest harbingers of the creative explosion that would follow over the next decade.
Top

That joint debut was already featured on Coach to Vienna, though it certainly fits here as well
Top
Post Reply
51 posts