UHD and HDR in General

It might be a bit too recent to offer the required step back but while it's going to be less profitable than doing a BD-on-BD upgrade, it seems possible to see, especially for very high profile titles like the Jurassic Park movies, UHD-on-UHD upgrades. I can't think of one at the moment, the closest I can think of being the more marginal updates done by Sony re-releasing some titles with Dolby Vision, but I'd say that if this can happen, titles like Jurassic Park would definitely appeal enough to provide a profitability.
This being written, this specific franchise seems stuck in being endlessly badly digitally tinkered by Universal, since they couldn't even leave them alone for their UHD releases (unlike Back to the Future, so there's at least that).
Top

Apologies if this question has already been answered, but I've noticed that some of my UHDs will present as muted colors/paler/brighter compared to others, and in one case (a recent viewing of Willy Wonka and the Chocolate Factory), the image was rich and colorful until issues presented themselves, and then when I took out the disc a few times and 'fixed' the problem, the film suddenly looked brighter/paler/muted, without me changing anything in the settings to make it look different. Is this a disc-to-disc difference or something I should be looking for in my settings on either player or TV to reset if this happens? My HDR optimizer is on but sometimes I want the the picture to be more colorful/rich/full, even if it still looks great with that kind of bright pale sheen. I can play with brightness levels but in that one instance it was very strange and nothing was altered when I checked settings
Top

Check first of all that HDR is actually engaged on the TV when this happens. Sometimes you'll get an HDMI handshake sort of issue were your player will be sending an HDR signal to the TV, but the TV doesn't "see" it and so stays in SDR mode. This will make the image look completely wrong, not just SDR like but totally flat, gray and dull.
Top

How can I check that? This happens quite a bit, but it will show up as "HDR" on the TV when playing- not sure how to diagnose that separate from the player
Top

If you access your settings menu, it should indicate which mode you're in. Or there will be unique options for when it's in HDR, that won't be there if it's only in SDR mode.
Top

Cool, thanks! I'll try this next time it comes up, and come back with any specific questions if I get stuck- really appreciate your help in these threads a ton
Top

MVD has announced their first UHD is Rain Man and it is due out in February.
Top

Peter Jackson's The Frighteners UHD is coming out in Germany from Turbine at the start of next month: 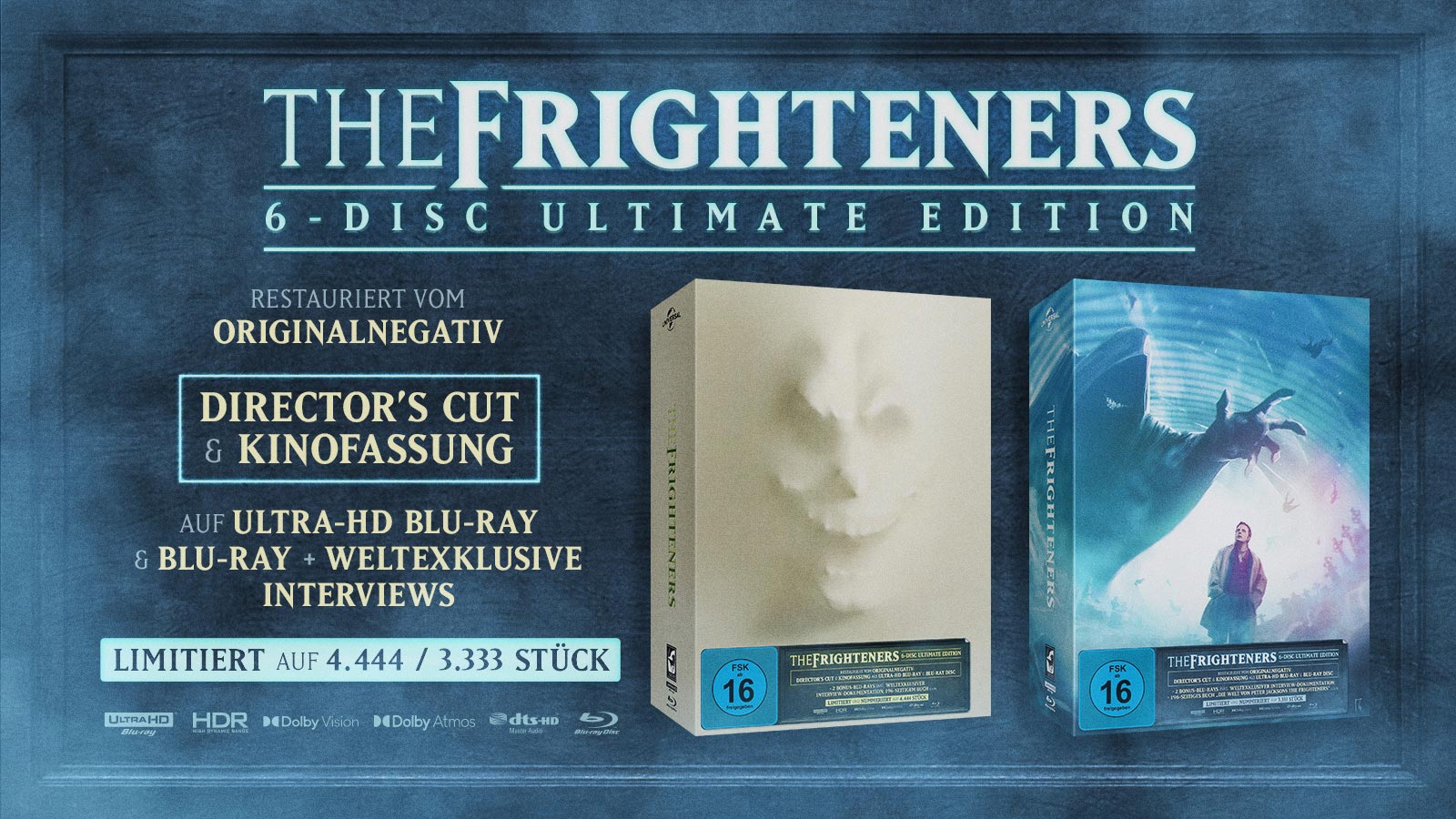 The time has come! On December 2nd 2022 we’ll release the 4k Ultra HD world premiere 6-disc Ultimate Edition of THE FRIGHTENERS by master director Peter Jackson with Michael J. Fox. Below you will find the most important info.

THE FRIGHTENERS has been exclusively restored by Turbine and is presented in its original 2.35:1 aspect ratio. The original 35mm negative was scanned in 4K resolution at Universal Post, USA. LSP Medien restored the scan in 4K in Germany and graded it in HDR/Dolby Vision in consultation with Peter Jackson. In New Zealand Peter Jackson approved this restoration.

The film was shot in the Super 35 format, exposing an image that contains more information at the top and bottom than the theatrical format matted to 2.35:1. This edition contains a widescreen version authorized by Peter Jackson in 1.78:1 and 16:9 respectively for the first time, showing more content at the top and bottom.

In addition to the comprehensive Making of, which was produced in the 90s for the LaserDisc release and was later available on DVD and on Blu-ray, there also is a brand new interview documentary. Exclusively for Turbine, filmmaker Christian Genzel got members of the cast & crew in front of the camera… or webcam, as the interviews were made during the Covid-19 pandemic and the interviewees were spread across several continents.

The box also contains the 196-page book „The World of Peter Jackson’s THE FRIGHTENERS“, in which author Christoph N. Kellerbach provides detailed information on the making of the film. In addition, all interviews that Christian Genzel has conducted with cast & crew are featured in unabridged form. The book comes in German language only.


LSP Medien restored the scan in 4K in Germany …

They are responsible for some of the best restorations in my collection, e.g. they restored the titles from the Edition Deutsche Vita by Subkultur.
Top
Post Reply
360 posts