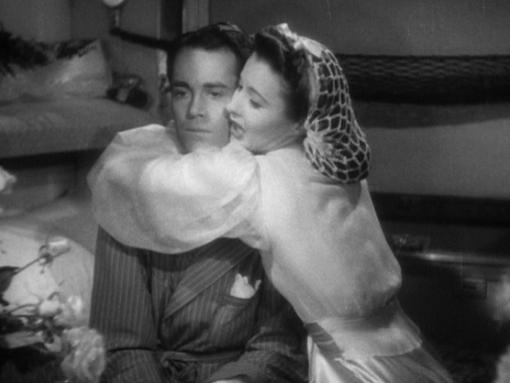 A conniving father and daughter meet up with the heir to a brewery fortune—a wealthy but naïve snake enthusiast—and attempt to bamboozle him at a cruise ship card table. Their plan is quickly abandoned when the daughter falls in love with their prey. But when the heir gets wise to her gold-digging ways, she must plot to re-conquer his heart. One of Sturges’s most clever and beloved romantic comedies, The Lady Eve balances broad slapstick and sophisticated sexiness with perfect grace.

The Criterion Collection’s original 2001 DVD edition for Preston Sturges’ The Lady Eve presents the film on a dual-layer disc in the aspect ratio of 1.33:1. The restoration is sourced from a 35mm duplicate negative and is presented here with a progressive presentation.

The image is pretty dark, blacks getting heavy and killing out details in the darker areas of the screen, which in turn flattens the image and makes low-lit sequences hard to see. The range found within the grays is also limited. I always assumed that the contrast levels were off during the transfer/restoration process but based on comments made by Lee Kline around the new 4K restoration used for Criterion’s 2020 Blu-ray, it sounds as though this aspect was actually baked into the materials themselves. At any rate, it has a harmful impact on the details. A dress Stanwyck wears early on is covered in beads that you can only partially make out here, while they're clear as day in the new Blu-ray's presentation.

Impressively, grain is present and is rendered fairly well for the format, but it does look a bit “thick,” I guess you can say. The picture is also always hazy and soft around the edges, and that further hurts the finer details. Scratches, tram lines, and other marks are raining through consistently, if not heavily, and there is a flicker and pulse always present. The image otherwise is pretty stable.

A lot of the issues appear to come down more to source and the limitations of restoration technology at the time, but when all is said and done this original restoration and presentation (though certainly open to improvement as the 2020 Blu-ray shows) holds up remarkably well. 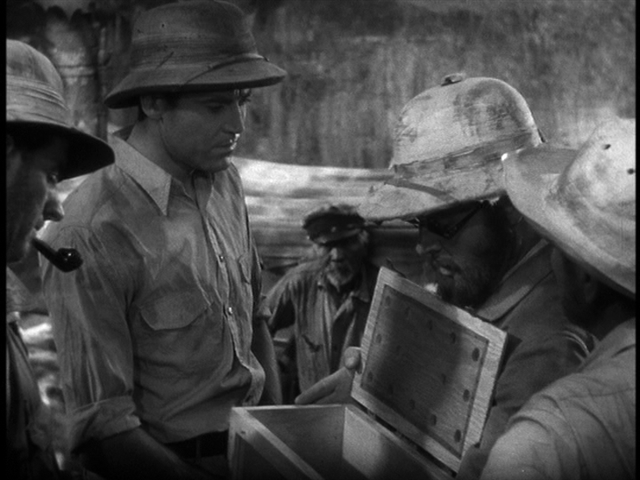 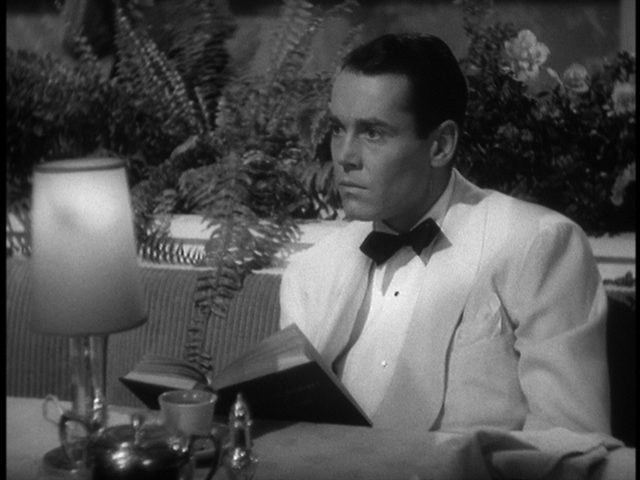 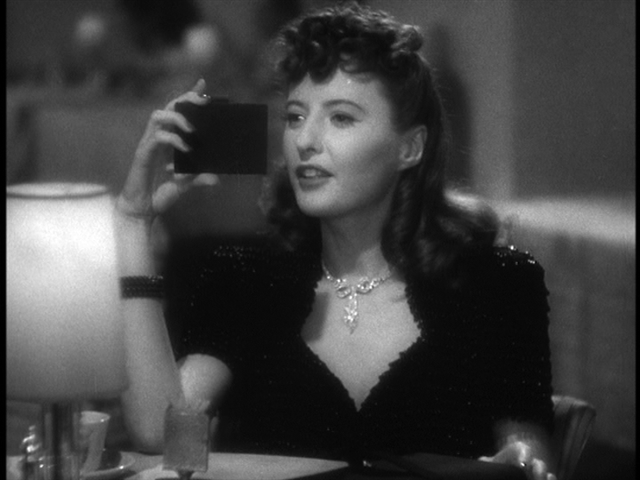 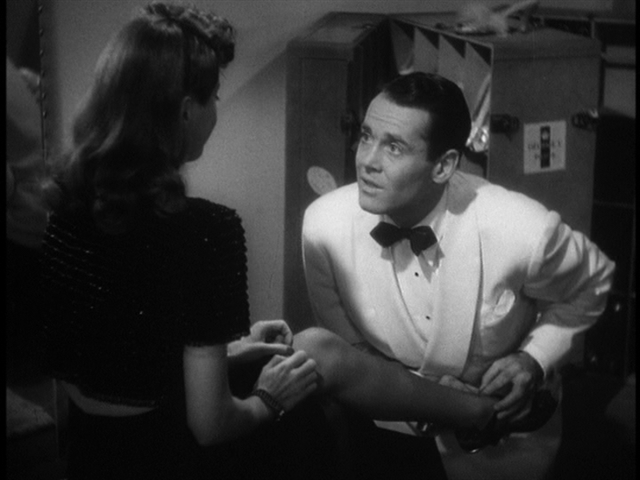 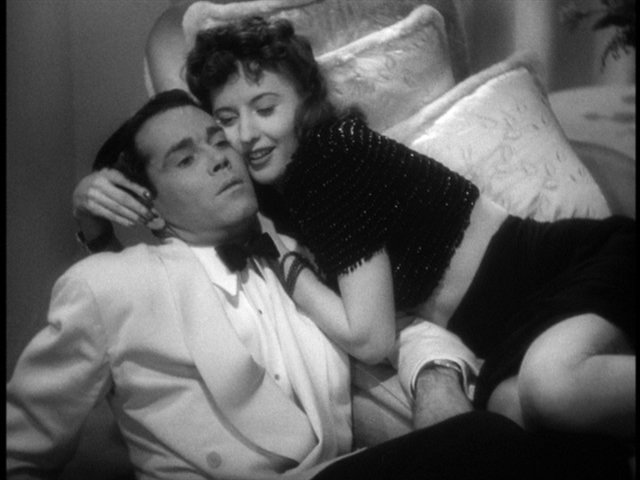 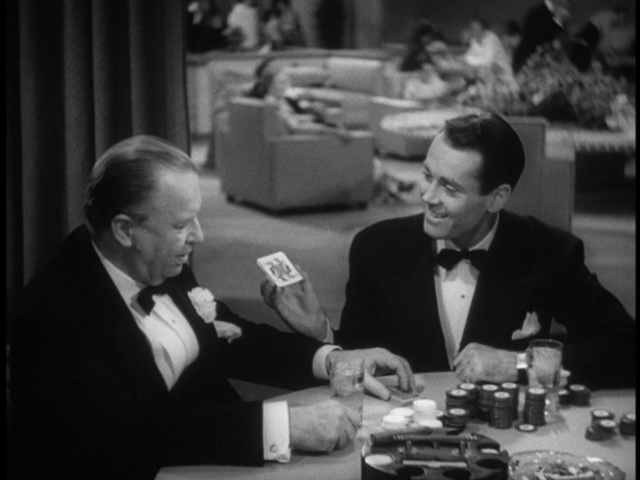 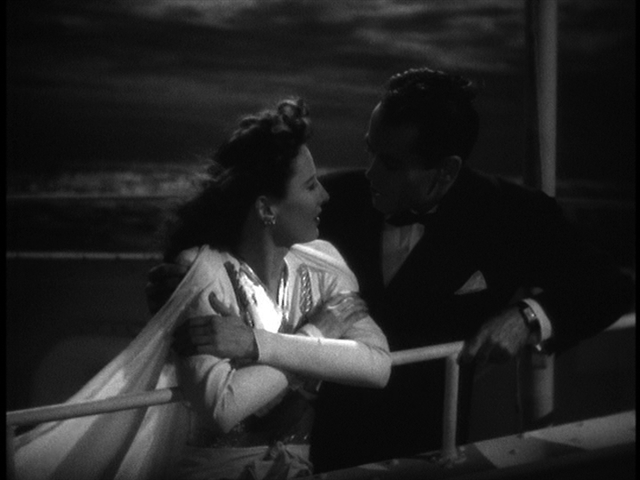 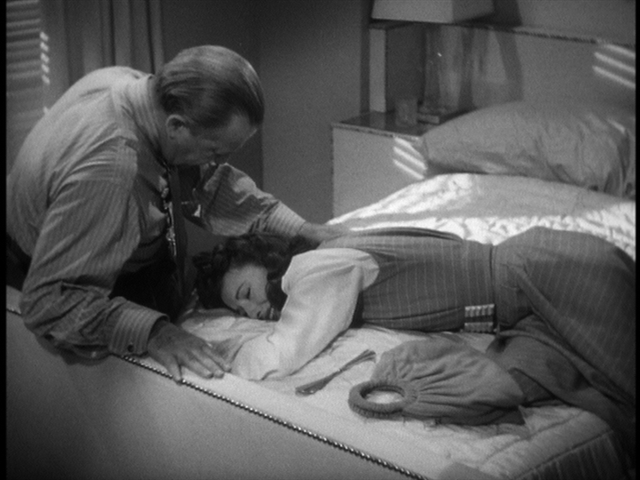 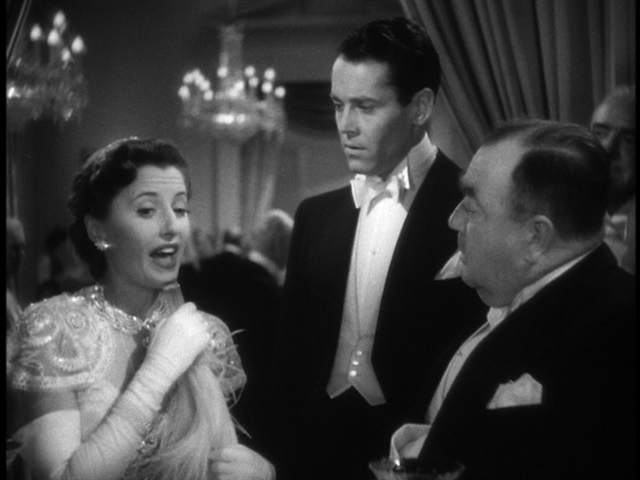 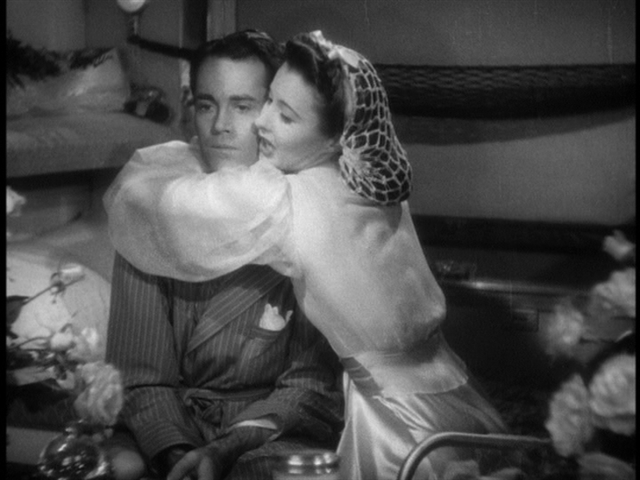 The film’s soundtrack is presented in Dolby Digital 1.0 mono. It shows its age, with some heavy background noise and mild damage. Dialogue sounds pretty sharp, though there is a distortion when things get a bit louder. You can still clearly hear everything being said thankfully, and I never strained.

Criterion had put together a nice-looking special edition for the film, though the features ultimately end up being a bit of a mixed bag, starting off with a lackluster audio commentary by Marian Keane. As I’ve mentioned when writing about Criterion’s discs for The 39 Steps and Notorious I’m not particularly fond of Keane’s tracks, as some of her interpretations are, well, questionable. It can be forgiven when she reads sex into everything in 30s or 40s film, innuendo being the best way to get around the production code restrictions of the time, but her track in Notorious pushed it by constantly pointing out objects that apparently represented phalluses, even uranium.

Interestingly, she tones that aspect down in this track, which I found surprising since this film is laced with innuendo, though she lets go a bit when talking about the snake Fonda’s character is carting around on the boat, and early on seems to suggest two boat horns blowing at each other is a sign they want to have sex, or something. I probably would have welcomed more of that as what she ends up doing most of the time is just reiterating what’s on screen, almost offering play-by-plays before stating the obvious as to what it all means. Fonda being cockeyed? That means he’s cockeyed for Stanwyck’s character. A character making his intentions obvious? That means their character is readable. A character not making their intentions obvious? Well, that means the character is unreadable. How should Charles Coburn’s grifter character saying “That’s the tragedy of the rich: they don’t need anything” be interpreted? It can be interpreted as both an actual pitiful comment and a cynical slight. I don’t think she ever says anything that one can’t pick up on their own.

She gets a little into framing and camerawork, even pointing to how the two “versions” of Stanwyck’s character is presented, though to be fair camerawork isn’t what Sturges is usually concerned with, so that’s a bit limited. She also does an okay job talking about some of the film’s gags, admiring their construction. But there is very little of this, and very little about the actual production, which would have probably changed up things enough to have a positive effect.

What caught me with her track this time—and it might have to do with how it feels as though I’ve been listening to a ridiculous number of commentaries the last little bit—is how natural Keane is at delivering her commentaries. Her tracks are more than likely scripted, but she does inject a nice, confident energy into them that I never noticed prior to this. She has a knack for this type of format. Unfortunately, I still can’t say the content is all that special.

To maybe expand on things Keane missed in her commentary, Criterion adds a short 8-minute introduction by Peter Bogdanovich. The director offering a quick appreciation around the director’s screwball comedy and the flair in his writing. This is then followed by a 44-minute Lux Radio Theatre adaptation featuring Stanwyck, Ray Milland (in the Fonda role) and Charles Coburn. It’s not a bad adaptation but it really rushes through the last act.

Along with the film’s trailer, Criterion also includes two image galleries. Edith Head’s Costumes offers a mix of text, photos, and sketches, offering insights into Head’s thought process behind the costume, including accentuating certain aspects of Stanwyck’s body. There is also a fairly extensive Scrapbook gallery that features a large collection of production photos, advertising material, article clippings, a letter from Stanwyck to Sturges, and (the most fascinating inclusion) notes from test screening keeping track of the laughs and then various internal Paramount memos around “obscene” material in the script they wanted removed. There were also concerns about possible censorship of the picture in Pasadena.

James Harvey then provides a decent essay around the film (that again probably works better than the commentary) in the included fold-out insert. And then that’s it. It looks like a decent edition, but the commentary is a bit of a wash. Sadly, the strongest feature on here are probably those pictures of Paramount’s internal memos (which didn’t even get carried over to the Blu-ray).

The presentation holds up decently enough (especially for a master now two decades old), the source just limiting things a bit, but it’s a disappointment for a special edition. The Blu-ray (or the newer DVD) is ultimately the way to go. 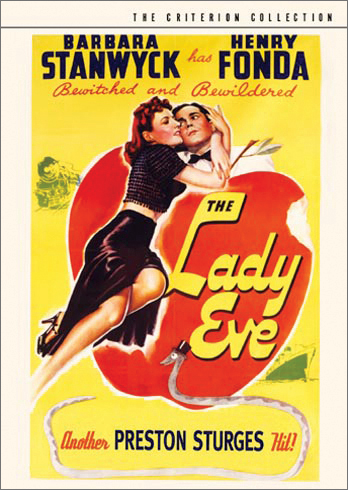