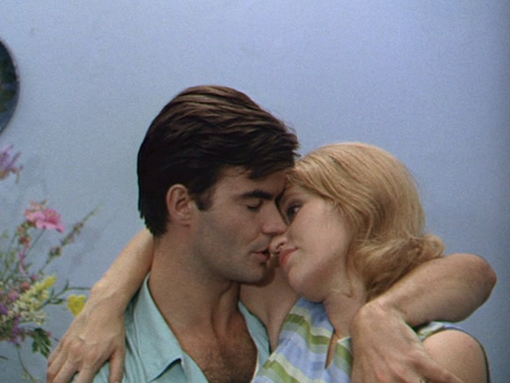 Though married to the good-natured, beautiful Thérèse (Claire Drouot), young husband and father François (Jean-Claude Drouot) finds himself falling unquestioningly into an affair with an attractive postal worker. One of Agnès Varda’s most provocative films, Le Bonheur examines, with a deceptively cheery palette and the spirited strains of Mozart, the ideas of fidelity and happiness in a modern, self-centered world.

The third DVD in Criterion's box set, 4 by Agnès Varda presents Le bonheur (Happiness) in its original aspect ratio of 1.66:1 on a dual-layer disc. The high-definition restoration comes from a scan of a 35mm internegative. The picture has been enhanced for widescreen televisions.

Outside of a handful or minor issues the film looks remarkably good, even all of these years later. The DVD format of course limits things, and even upscaled the image can still be a bit noisy and not as detailed as what the high-def Blu-ray format can do, yet all things considered the image is incredibly sharp, delivering an astounding amount of detail. Outside of some minor fluctuations the image is also incredibly stable and clean, with only some minor blemishes remaining. A colourful film, the colours also look pretty vivid and offer superb saturation. Flesh tones look good, as do reds, blues, and greens. Black levels are also very strong. 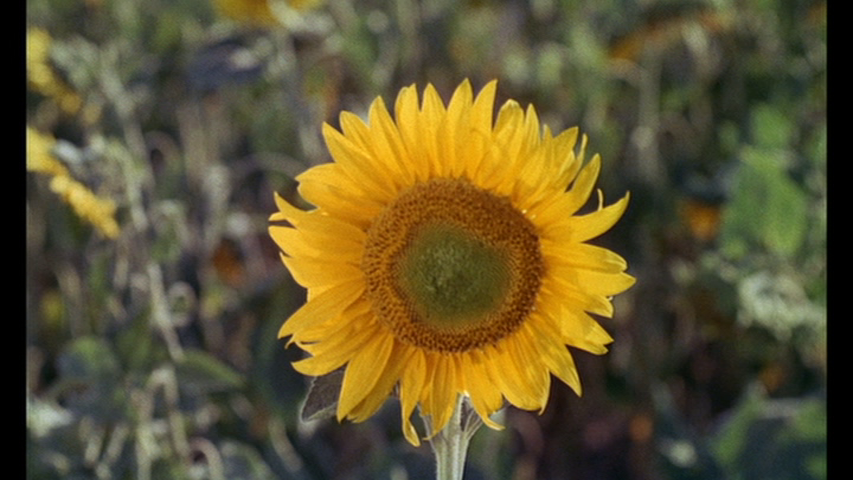 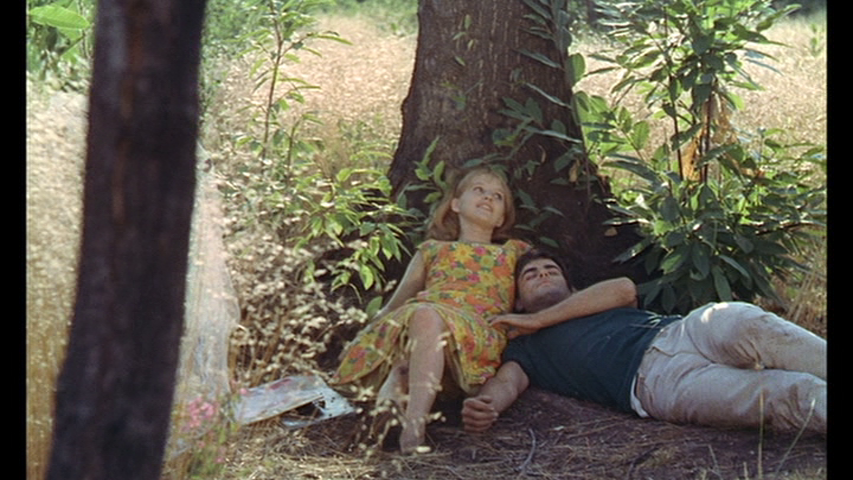 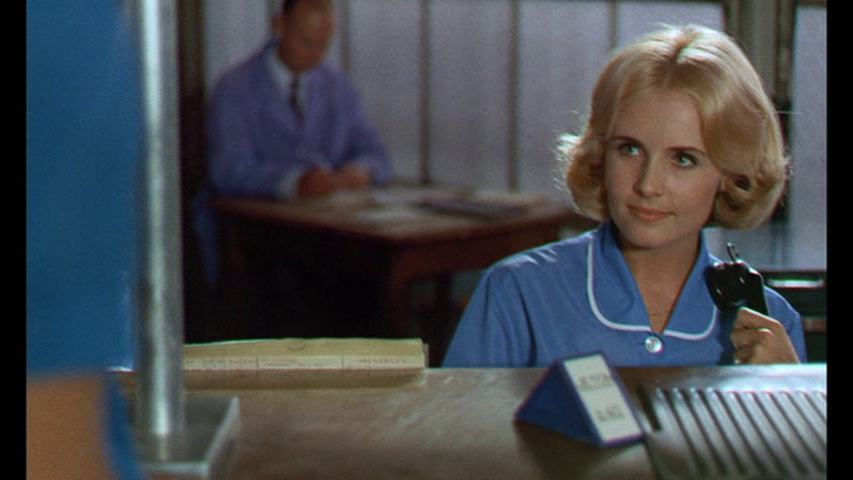 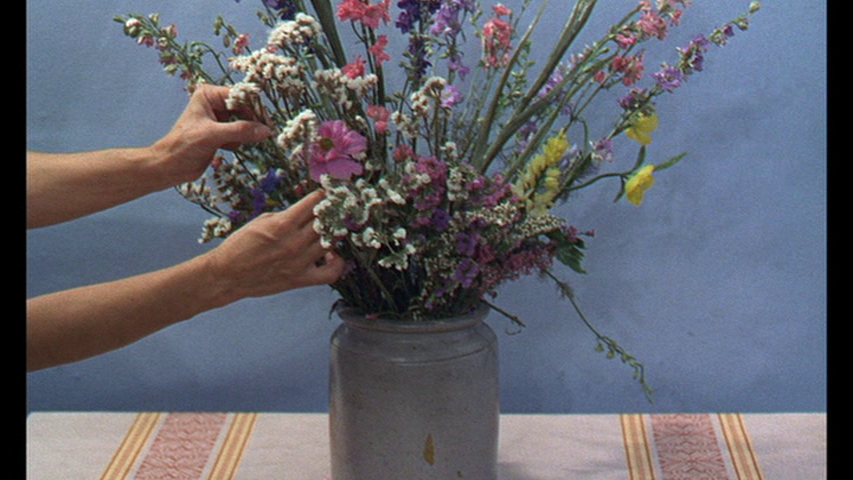 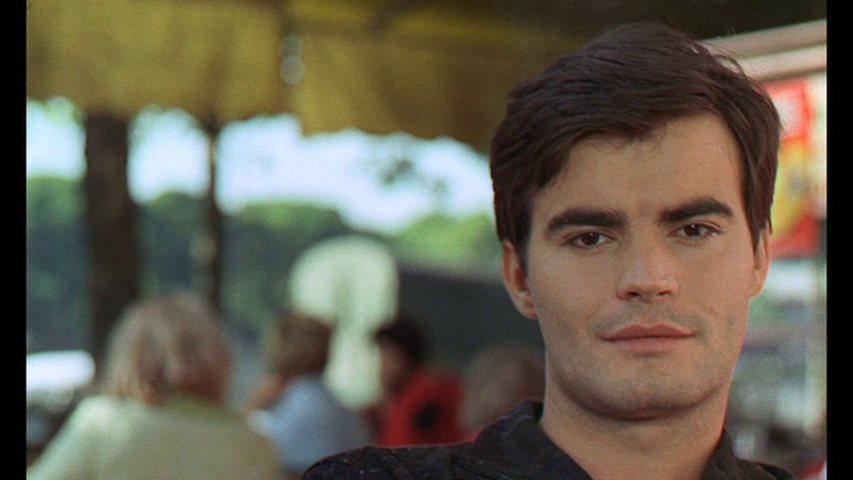 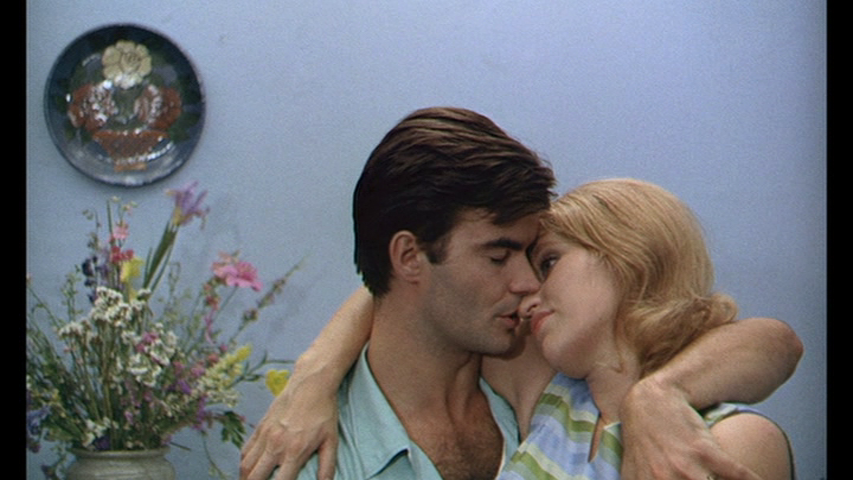 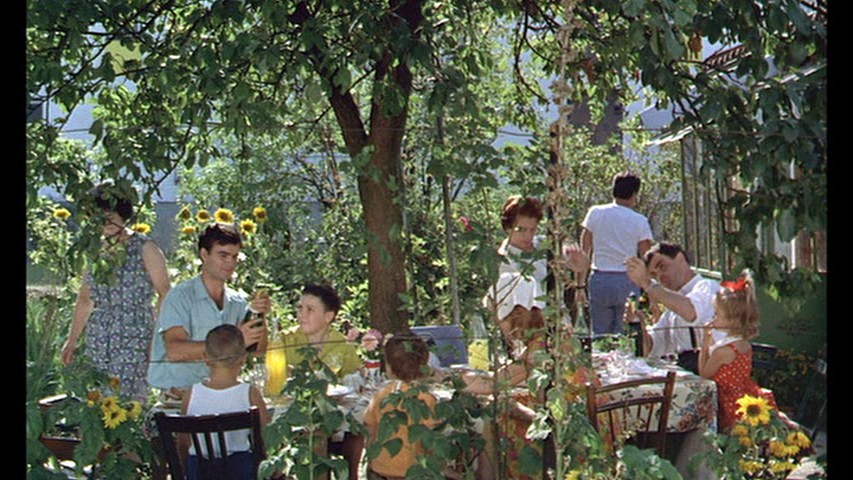 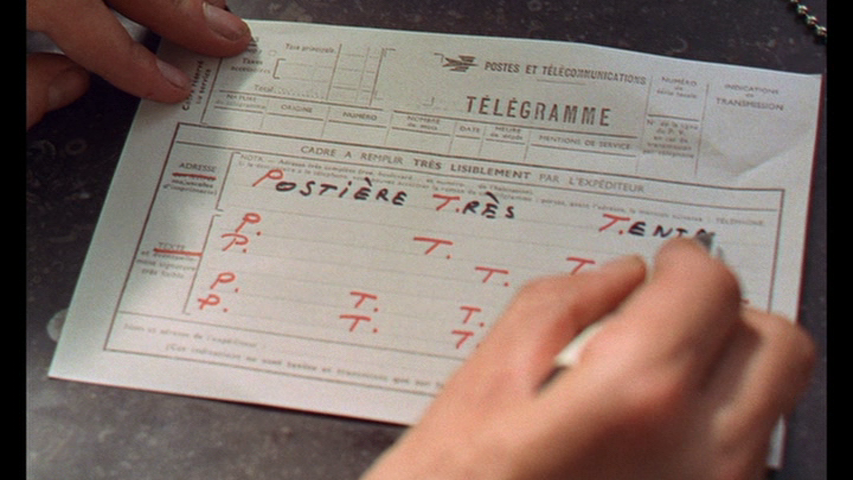 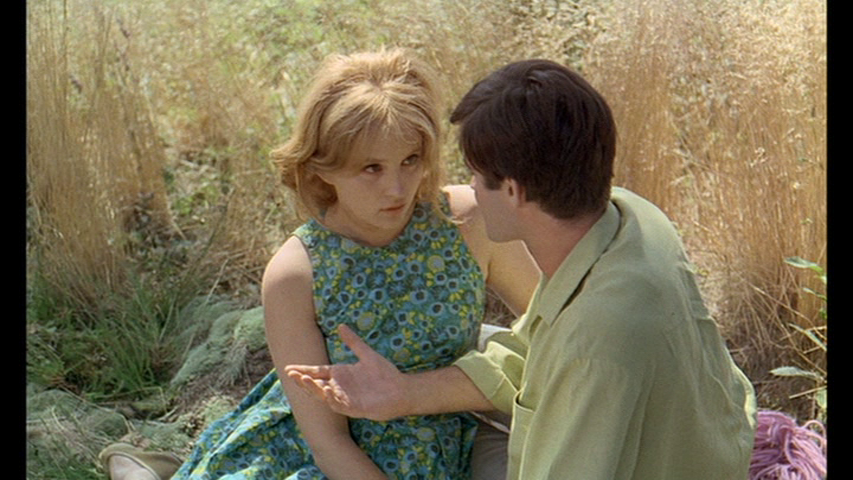 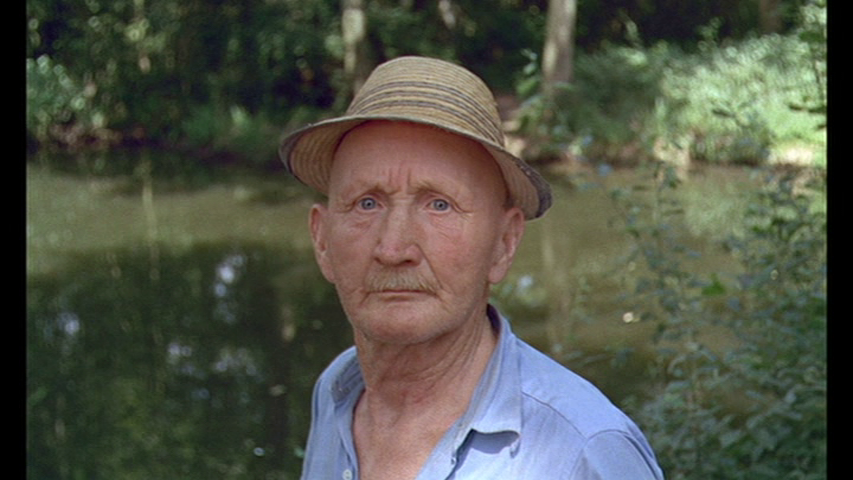 Though a fairly simple Dolby Digital mono presentation, with flat dialogue, the film's score (made up of Mozart) ends up being quite dynamic and manages to liven things up considerably.

Supplements end up being a minor disappointment, the disc only featuring a handful of previously produced features. The most significant inclusion here is the early Varda short, Du côté de la côte, a 25-minute document of the Côté d'Azure, capturing the beaches, the buildings and surroundings, and the endless sight of tourists, all in a fairly playful way. The film has also been impressively restored, featuring a clean looking print and wonderful, vivid colours.

The remaining features are all pretty short, maybe reaching 55-minutes when all taken together. There is first a 3-minute interview from 1998 featuring Varda, the director explaining the background of the film before talking about the restoration that would have been done at the time, mentioning the original negatives had lost colour, so a new one had to be made (I’m not sure if that same restoration was the basis for this presentation). This is followed by The Two Women of “Le bonheur,” which features an interview between the director’s daughter, Rosalie Varda, and the two actors that played the lover interests in the film, Claire Drouot and Marie-France Boyer. Sadly it’s only a 6-minute discussion focusing on the characters and then the controversy that arose after the film’s release.

Thoughts on “Le bonheur” is a 15-minute feature gathering together four people from various professions to talk about the film: writer Michèle Manceaux, producer and distributor Gérard Vaugeois, critic Frédéric Bonnaud, and Fadela Amara, president of the organization “Ni putes ni soumises.” The conversation is, well, okay. If anything it shows the generational gap on how one sees the film, or at least how one sees the film depending on when they were first introduced to it. One found it revolutionary and shocking, while someone else calls it “kitsch” because it’s obvious something bad is going to happen. That leads to a conversation on its use of music, wipes, and aesthetic, but I can’t say anything here was all that eye-opening.

Following that are two new programs created by Varda exploring what happiness is (the film’s title, Le bonheur translates to “happiness”). The first is a 6-minute video called Happiness? The People of Fontenay Respond, and features Varda asking random people on the street what the term means to them, and the answers are probably as wide as you expect, everything from being in love to money. Bonheur: Proper Noun or Concept runs over a minute and feature a couple of people with the last name of Bonheur and various quotes about happiness.

This is all then followed by a 10-minute discussion with actor Jean-Claude Drouot, who revisits locations from the film, retracing some of the steps of his super-happy character, while sharing his thoughts and memories on its filming and meeting a number of people on the street who also gladly talk about seeing the film or recalling when it was filmed. There is the an excerpt from a 1964 episode of Démons et merveilles du cinema, showing Varda directing the crew and actors, with text quotes from Varda. Her husband, Jacques Demy, also shows up. A trailer closes the supplements.

In all, nothing terrible is here, but it's a surprisingly slim number of items.

Supplements disappoint but the presentation is still surprisingly good, despite this being a DVD originally released in 2007. 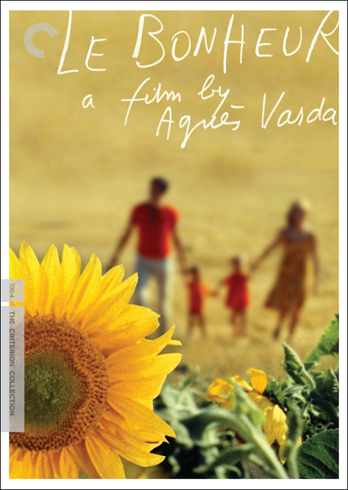